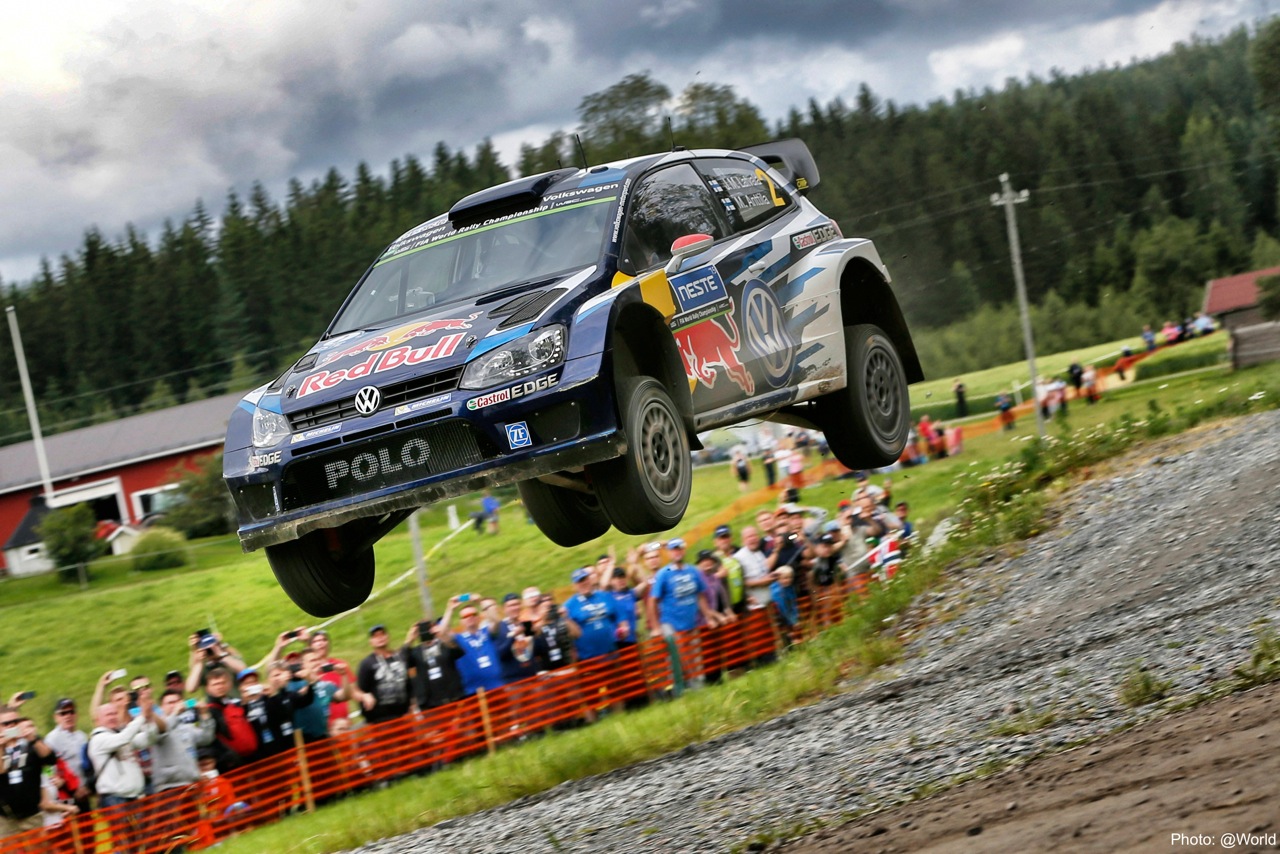 Rematch: Latvala and Ogier battle for lead in repeat of 2014 Rally Finland

Mikkelsen/Fløene out retire after crash

Wolfsburg (31 July 2015). Jumps, high speeds and records – the 42nd Rally Finland kicked off in spectacular fashion. At the centre of the action: the battle between Jari-Matti Latvala/Miikka Anttila (FIN/FIN) and Sébastien Ogier/Julien Ingrassia (F/F), who are embroiled in a thrilling duel for the lead at this classic round of the FIA World Rally Championship (WRC). Just 2.6 seconds separate the two Volkswagen duos at the halfway point, having completed a good 160 kilometres of the 320 kilometres against the clock. An average speed of 126.34 kilometres per hour on gravel produced a duel played out at full throttle. For comparison: the fastest WRC rally to date came in 2012, when an average speed of 122.89 km/h was achieved. Of this year’s ten special stages so far, nine went to Wolfsburg – either to Latvala or Ogier.

The legendary “Ouninpohja” stage played a key role on the Friday of the rally. This spectacular gravel route through the forests around Jyväskylä is the rallying equivalent of the Nürburgring-Nordschleife. On their second attempt at this iconic stage, Latvala/Anttila set a new record of 132.18 km/h on their way to the 400th stage win of their career. In doing so, they also wrestled the lead away from team-mates Ogier/Ingrassia. However, even higher speeds were achieved on two other special stages, when the drivers tackled “Pihlajakoski“ and „Päijälä“ for the second time, producing speeds of 133.26 and 133.17 km/h respectively.

In stark contrast, the rally came to a premature end for Andreas Mikkelsen/Ola Fløene (N/N) in the third Polo R WRC. The second-placed pair in the World Championship left the road on the fifth stage, “Himos”, and rolled several times at high speed. Fortunately they were unhurt. As the damage to the Polo R WRC was too extensive to repair the car on-site, they are unable to rejoin the race under Rally 2 regulations. However, the World Rally Car will be ready for action again by the Rally Australia.

Quotes after day one of the Rally Finland

Jari-Matti Latvala, Volkswagen Polo R WRC #2
“It really was great fun today. I am particularly pleased to have made peace with ‘Ouninpohja’. I have never driven as well here as I did today. As a Finn, this stage is very prestigious, just as it is to lead your home rally. However, we still have two long days ahead of us, and the routes will once again push us to the limit tomorrow. The key now is to keep our rhythm and a cool head.”

Jost Capito, Volkswagen Motorsport Director
“Jari-Matti Latvala versus Sébastien Ogier – that was a fantastic duel here in Finland in 2014 too. And this battle is the main event again this year. We are obviously delighted that two Volkswagen drivers are scrapping for the lead. As always, our team philosophy is: may the best man win. However, we experienced both light and shadow today. Andreas Mikkelsen rolled his car at high speed and was forced to retire from the rally. However, the good news is that he and his co-driver Ola Fløene are fine – thanks in no small part to the fact that the Polo R WRC is a safe and solid car. The fact that the chassis will be ready to race again in Australia is further proof of this.”