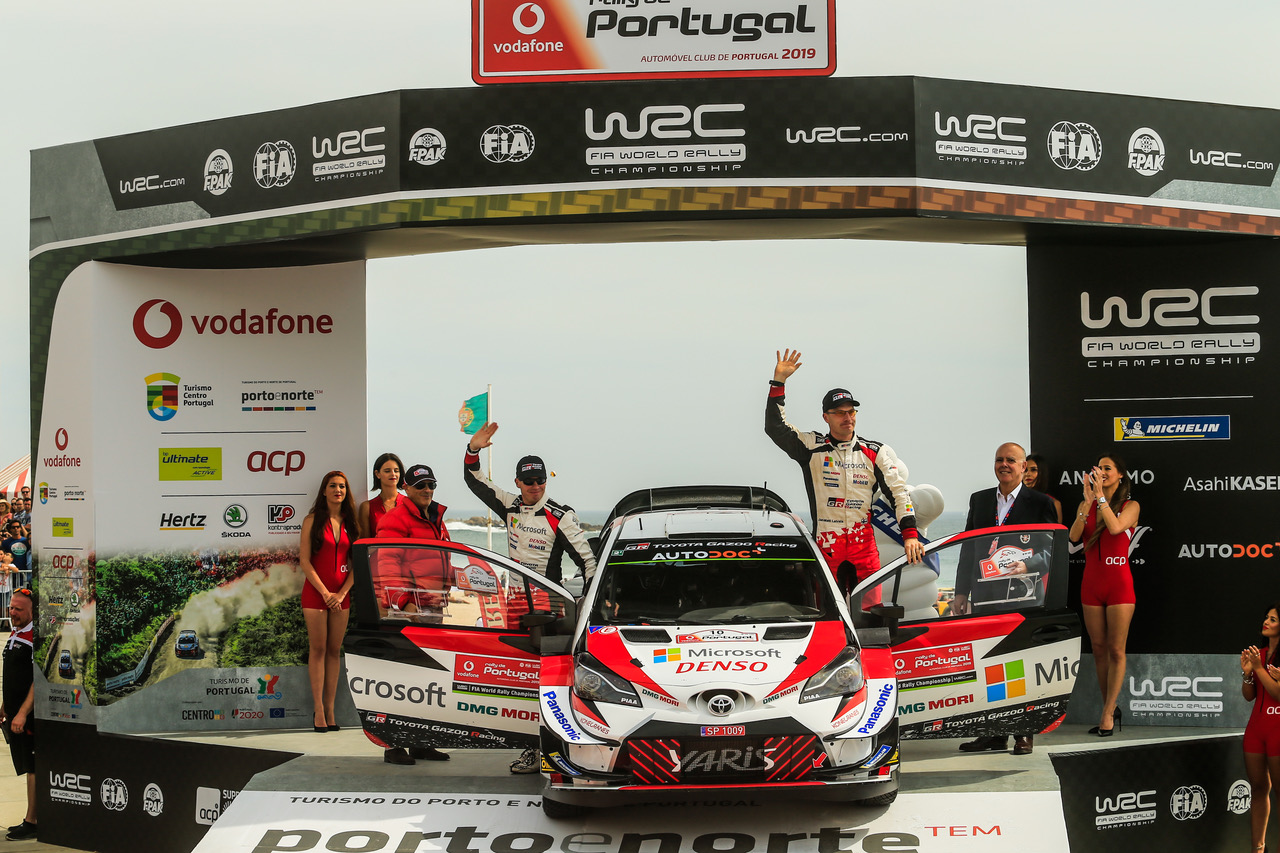 Ott Tänak and TOYOTA GAZOO Racing World Rally Team are celebrating their second victory in as many events – and their third in total in 2019 – after clinching a hard-earned win on Rally de Portugal.

After stopping prior to Saturday’s final stage, Jari-Matti Latvala restarted this morning and gained four places to finish seventh overall. In doing so, he scored valubale points towards the manufacturers’ championship, where Toyota continues to close the gap to first position.

“This is another brilliant win for Ott and for the team. He was really strong, leading from Friday despite being second on the road, and managing everything really well in some tough conditions. Well done to him and Martin. Our performance was very good throughout the weekend: We saw that the other two cars had the speed to be up there as well. Unfortunately, Jari-Matti had the issue yesterday, and Kris made a small mistake today that was quite costly. But things are still going in the right direction in both championships and we are looking forward with confidence.”

“It was good to restart this morning, and our target was to get back into the top 10 and score some points. Unfortunately, we couldn’t go for a fast time on the Power Stage: My run was red-flagged because another car blocked the stage in front of us. But in the end we were able to get back up into seventh position overall and take some important points, especially for the team. Personally, I can’t be satisfied with the result, as we were going very strongly yesterday. But the speed is there, that is very important, and we know that the car is fast. I’m looking forward and believe we can have some very positive rallies coming up.”

Rally Italia Sardegna (June 13-16) features fast and narrow stages coated with fine and sandy gravel, which is swept away by each passing car to leave rockier and rutted roads. Exposed rocks, as well as trees at the side of the road, can catch out the unwary. Temperatures can often be high, increasing the stress on the cars and the tyres.