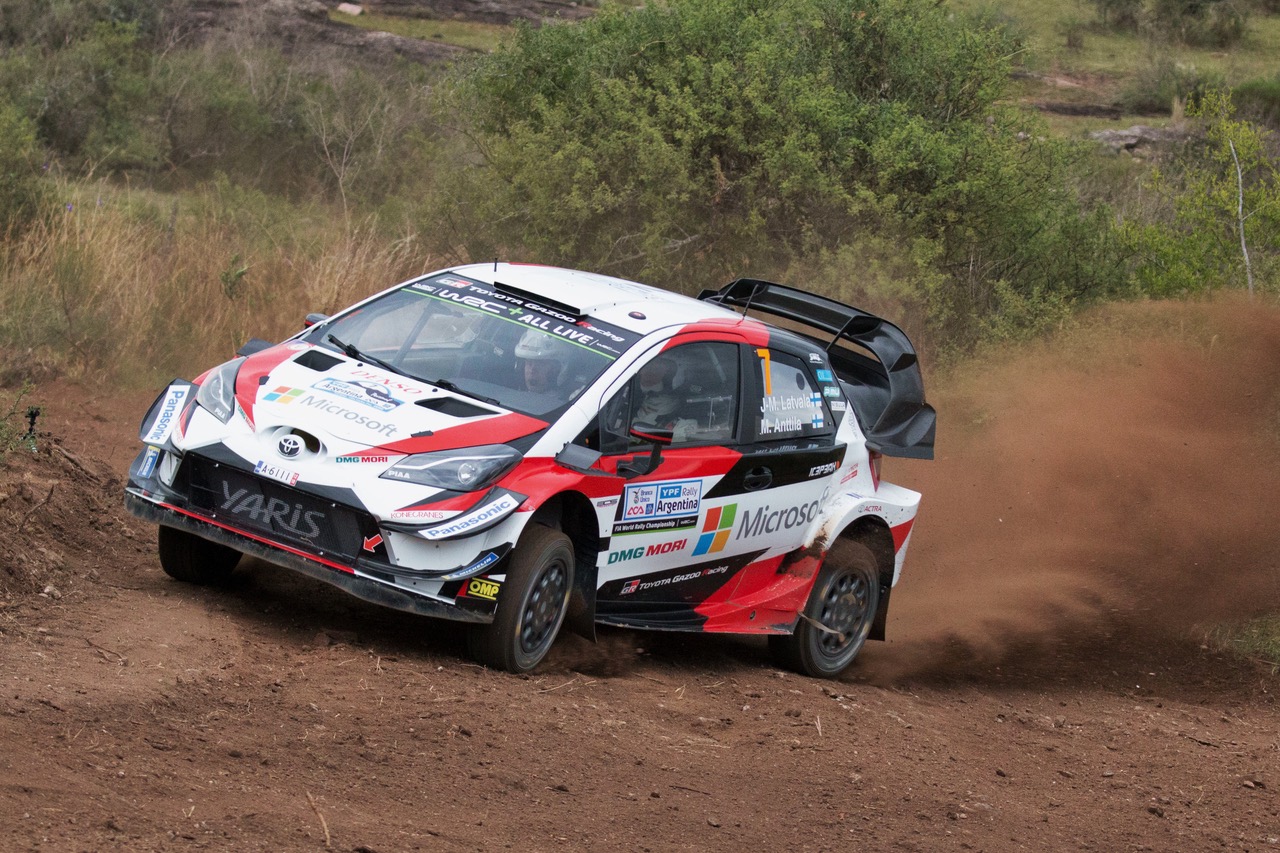 The TOYOTA GAZOO Racing World Rally Team will take on Rally Portugal from May 17-20 with the aim of continuing the momentum gathered with its recent victory in Argentina. Ott Tänak – who in South America claimed his first win since joining the team – Esapekka Lappi and Jari-Matti Latvala all head to Portugal confident in the progress that has been made with the development of the Toyota Yaris WRC, as demonstrated in Argentina.

Rally Portugal is based in the north of the country, with the service park situated in Matosinhos near the city of Porto. The event takes place over technical roads with a soft and sandy gravel surface. Grip can be hard to find for the drivers running first on the road on the opening pass of each stage, while deep ruts and exposed rocks can add to the challenge on the second pass.

The rally will get underway on Thursday evening with a ceremonial start at Guimarães Castle followed by a super special stage on the Lousada rallycross circuit. On Friday there will be two loops of three stages in the north – near the border with Spain – before two runs of a Porto street stage to close the day. Saturday’s action is focused on the Cabreira Mountains, before the rally comes to a conclusion on Sunday with five stages in the Fafe region, including the iconic Fafe test itself as the Power Stage.

Jari-Matti Latvala (Driver car 7)
“Even though my rally ended early, there were positives to take from Argentina: the car felt really, really good and the speed was also good for me before my retirement. This gives me great confidence going to Rally Portugal. I believe our car will be strong again in Portugal. It is quite a similar rally to Argentina, with the main differences being that the surface is smoother and the roads are a bit more flowing. Therefore, I see no reason why the car shouldn’t work well in Portugal. We had two days of pre-event testing there last week and I am really happy with how that went. I had our test driver Juho Hänninen with me during the test: we were working together to fine-tune the car and I am really pleased with how the car feels.”

What happened last year?
Toyota finished last year’s Rally Portugal with all three of its cars inside the top 10, having entered a trio of drivers for the first time. Juho Hänninen came seventh, Jari-Matti Latvala finished in ninth place despite not feeling well, and Esapekka Lappi was 10th on his debut in a World Rally Car, also scoring points on his first Power Stage in the Yaris WRC. Lappi also made a spectacular jump over the famous Fafe jump, which was later named as the best action moment of the 2017 motorsport season by the FIA following a fan vote.