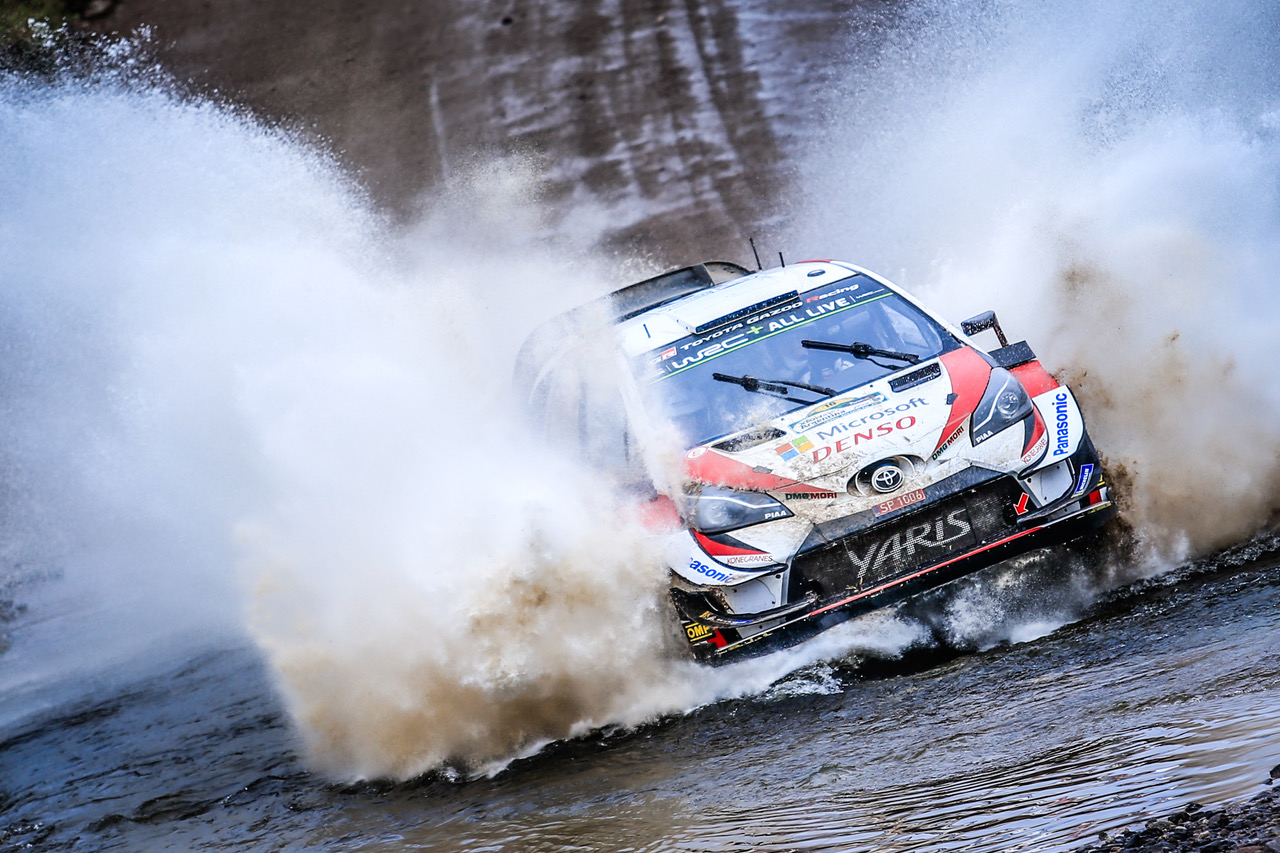 The TOYOTA GAZOO Racing World Rally Team is involved in a tough fight at the front at Rally Argentina following the first full day of action. In demanding conditions after prolonged rainfall over recent days, Ott Tänak and Kris Meeke both led the rally during the day and occupy third and fourth overall respectively tonight.

Tänak led the way at the beginning of the day following his Thursday night super special win, but on very muddy tracks it was Meeke that excelled in the morning, winning the day’s first stage and then taking the lead into mid-day service. In the afternoon, Tänak reclaimed the advantage with two consecutive stage wins. In the final stage he had a driveshaft issue and lost time with a spin, but ended the day only 13.4 seconds off the lead.

For Meeke, the afternoon proved tougher than the morning, and he ended the day 14.7s behind Tänak. Jari-Matti Latvala joined his team-mates inside the top three after SS4, but had a tyre begin to go flat on SS6 and a spin on SS8, leaving him eighth overnight.

Quotes:
Tommi Mäkinen (Team Principal)
“This morning was quite positive for us but the afternoon loop was more difficult. Ott was showing some great speed, but it seems that he had an impact somewhere that did some damage to the driveshaft. Kris and Jari-Matti also had a few issues after the promise they showed earlier on. The stages today have been very tough for the cars, but tomorrow I think they should be more friendly. It’s still close at the front and we can see that our speed is good.”

Jari-Matti Latvala (Driver car 10)
“This morning was quite good, it was consistent and we were up there, not far from the leaders. This afternoon was much tougher. It started well but I was too fast in one corner in the ruts and pushed a tyre off the rim, so we had to finish the stage with a flat tyre. That made me a bit cautious on the next stage, and then on the final stage of the loop I had a spin and lost some more time there. We still have two days left and a lot can happen, especially in these conditions, so we will stay positive.”

What’s next?
On Saturday, the focus is just to the north-east of Villa Carlos Paz for two loops of three stages in Punilla Valley. Friday lunchtime’s super special stage is run again prior to mid-day service.

Key stage: Cuchilla Nevada – Characato (SS11 & SS15, 33.65 kilometres)
Martin Järveoja (Co-driver car 8): “This is the longest stage of the rally, although it’s about seven kilometres shorter than it was last year. It begins only a kilometre after the end of the previous stage, so we don’t have much time to reset between them. We did the recce for tomorrow’s stages in the rain, but we don’t know exactly what condition they will be in now that the weather has dried up a bit.”