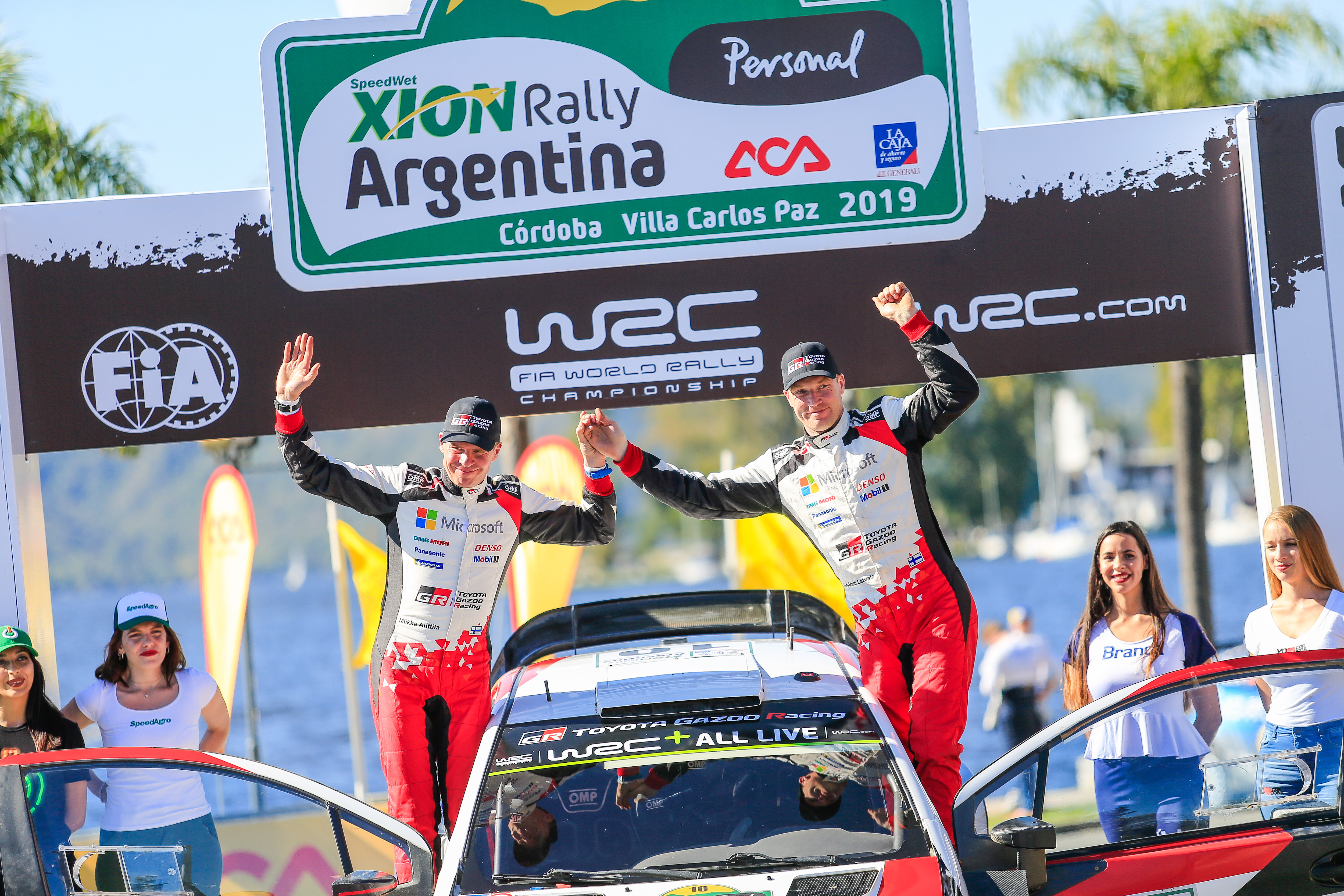 TOYOTA GAZOO Racing World Rally Team showed strong performance on the final day of a demanding Rally Argentina, but just missed out on the podium places despite a spirited fightback from Kris Meeke, who finished fourth. All three of the team’s drivers gained places on the final day, with Jari-Matti Latvala and Ott Tänak also making up positions to finish fifth and eighth respectively.

The final day took place in the spectacular Traslasierra mountains, over the famous El Cóndor and Mina Clavero – Giulio Cesare stages: the former running twice, including as the rally-ending Power Stage. Late on Saturday night, both Meeke and Tänak had received 10-second penalties following confusion around a gate on SS11. For Meeke, this demoted him from third overall to fifth at the start of the final day. However, he responded impressively by winning the day’s opening stage, moving him up to fourth and within half a second of third: a position he then claimed on the day’s second test. Unfortunately, he would narrowly lose out on a podium on the final stage by just 1.4 seconds.

Latvala started the day in sixth position, but a strong run through the second stage of the day brought him up to fifth place. He secured the position for good with a great run on the Power Stage, where he was just 0.1 seconds off the fastest time. After having to retire from second place on Saturday, Tänak restarted and claimed eighth place overall on the final stage of the rally. He also scored one additional point from the Power Stage despite having to run first on the road among the World Rally Cars. Tänak remains third in the drivers’ standings, with Meeke fourth and Latvala seventh, while Toyota is up to second place in the manufacturers’ championship.

Jari-Matti Latvala (Driver car 10)
“Honestly, I’m feeling happy at the end of the rally. The season has been difficult for me so far, and we had a bad start here on Friday. But step-by-step we started to come back on Saturday, and today I felt I was back on the level where I was at the end of last year. I’m really happy about that. I wanted to attack a lot on the Mina Clavero stage: it’s a stage where you can make big differences if you’re confident. This strategy worked out, which gave me an extra boost for the Power Stage, where we had a really good fight for the fastest time. Now I’m looking forward to Chile and the fast and flowing stages we’re expecting there.”

What’s next?
Rally Chile (May 9-12) is a brand new addition to the FIA World Rally Championship calendar. Based in the port city of Concepción, it will be held over medium-fast gravel roads in the surrounding forests, as well as some more open sections with views of the Pacific Ocean.