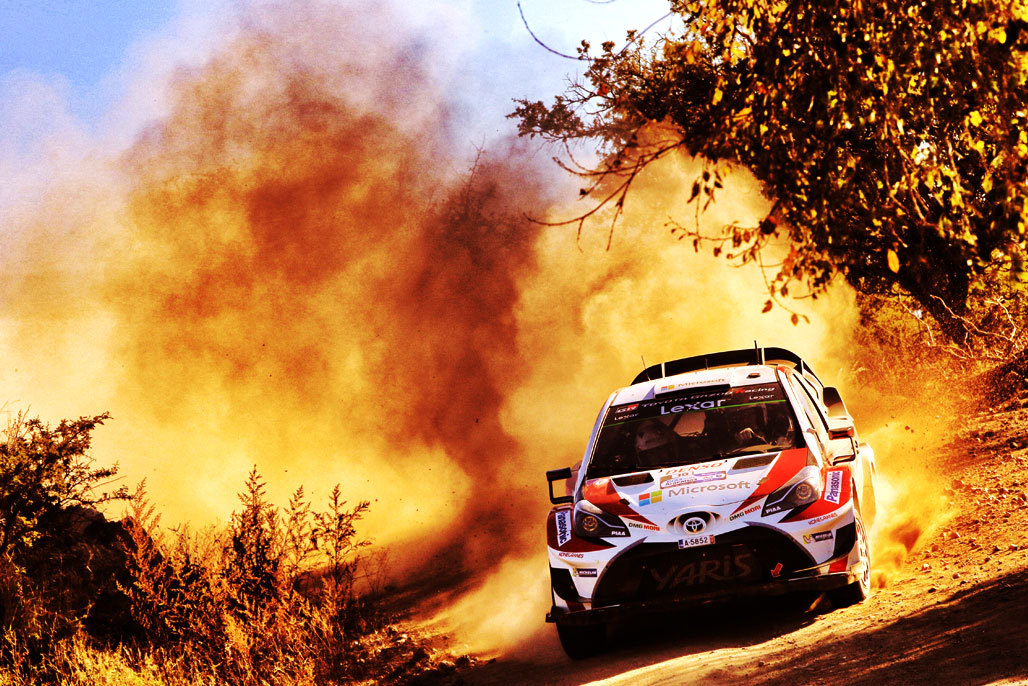 The TOYOTA GAZOO Racing World Rally Team heads to Rally de Portugal (May 18-21) with hopes of accelerating the development of the Yaris WRC in its debut FIA World Rally Championship season. Thanks to some challenging and technical stages, Portugal will as usual be an extremely tough rally, but the Toyota squad will use it to learn more about what is needed to compete at the top and improve the Yaris WRC further, as has been the case on every event up to now. For the first time, a third car will be entered for testing purposes with Esapekka Lappi behind the wheel, joining Jari-Matti Latvala and Juho Hänninen in action on the gravel event, which serves as round six of the 2017 season.

Rally de Portugal is based in Matosinhos near Porto in the north of the country, and features classic stages on sandy and rocky roads. Grip can be difficult to find on the soft roads during the first pass through the stages, while rocks can be exposed and deep ruts can form during the second pass, often forcing teams to raise the ride height of the cars. Tyre choice is frequently a difficult compromise.

The rally begins with a superspecial at the Lousada rallycross circuit on Thursday evening, while Friday ends with two runs of a new stage through the streets of Braga, following two loops of three gravel stages. Saturday provides the longest day at 154.56 kilometres, including two passes of the 37.55-kilometre Amarante stage and the new Cabeceiras de Basto test. Luilhas and Montim are also new additions on Sunday, with each of those stages run once between two passes over the classic Fafe, famed for its big jump. Fafe is also the rally-ending Power Stage, forming an unforgettable climax.

Latvala, who continues to hold second in the drivers’ standings, was the winner in Portugal in 2015.Hänninen has not competed on the event since the year before, 2014, but back then it was based in the south of Portugal: so the northern stages are all new to him. Lappi will be embarking on his first event at the top level of the WRC, but Portugal was the scene of his first win in the WRC2 category in 2013, before going onto claim the WRC2 title last year.

“We had a few new things to test for Portugal, with the suspension as well as some other components, but the weather was really bad so it’s hard to know how realistic our results were. Portugal is a tough event with some very technical stages but this is what makes it a classic event too. Although there are still a lot of unknowns – especially with the conditions – we hope to make another step forwards on gravel, improving the car step by step as we have been doing all year. For this we will be helped by our third test car in Portugal with Esapekka and Janne, which will definitely bring us some extra information.”

“What I learned in Argentina is that the first day is very important; you really want to try and be in the top five so that you can have a good road position for the following day. So that will be my objective in Portugal, and if the weather is bad on the first day, my position of second on the road could actually help me – as the road conditions behind might deteriorate. Before the rally, we tested a few things, trying out some dampers and also experimenting with the ride height, so that we can perform to the maximum of our potential in rough conditions as well.”

THREE TOYOTAS TAKE THE START FOR THE FIRST TIME, AT RALLY PORTUGAL