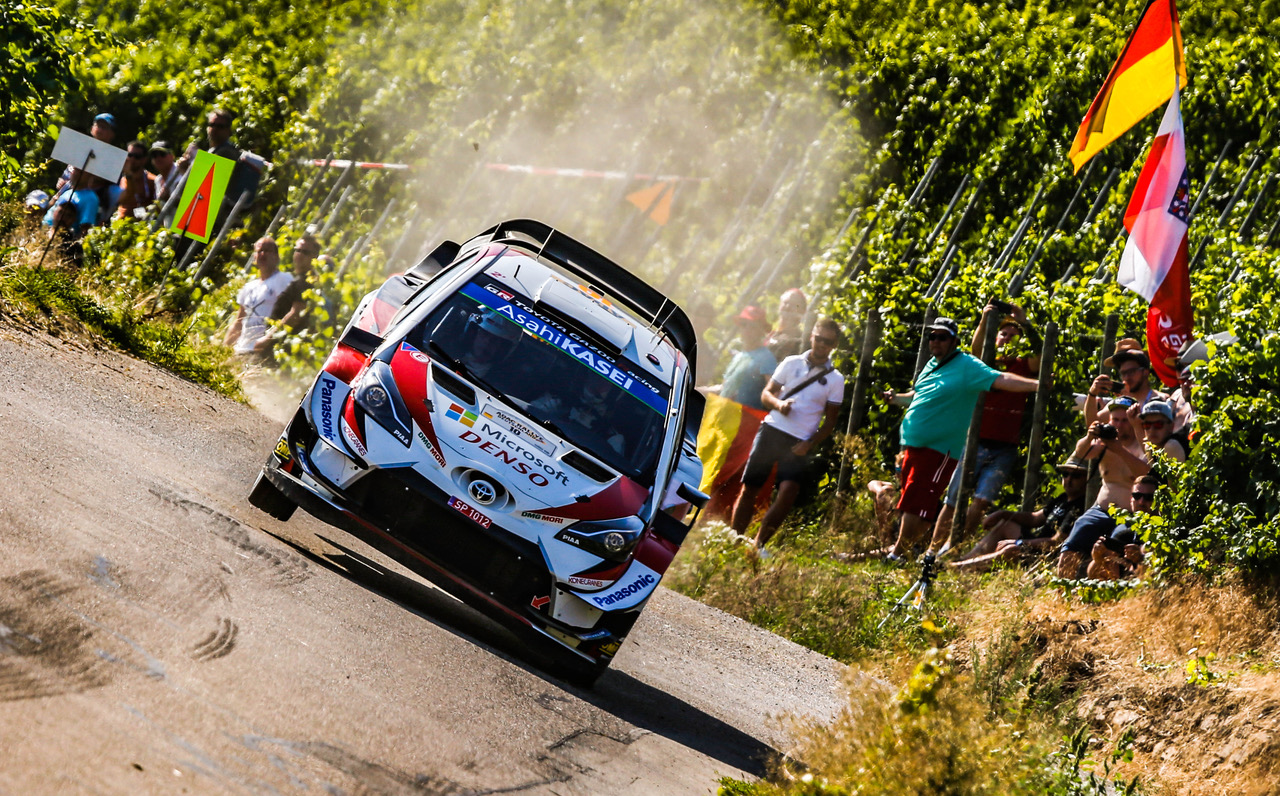 Tänak began the day in the rally lead after setting the pace in Thursday night’s first stage, and only briefly let go of first place in this morning’s opener, before claiming it straight back in SS3. In all, the Estonian driver won four of the day’s six stages as he bids to win the demanding German asphalt event for a third consecutive year.

Meeke and Latvala both produced consistent performances in the morning and were able to increase their pace in the afternoon’s vineyard stages to close up on third overall. They ended the day fourth and fifth respectively, both within six seconds of the final podium position.

“Generally, I’m happy with my day. This morning the feeling was good but I needed to work more on the braking, as I was maybe braking too late sometimes and then struggling to get a good exit. The afternoon was good, we improved the car and it was turning better. I was really happy with the performance on the second time through the Mittelmosel stage. The confidence was growing and then on the last stage I was pushing too much. But I’m looking forward to tomorrow, we have some nice stages and Panzerplatte should be interesting in the opposite direction to the last 10 years.”

The longest day of the rally, with 157.92 competitive kilometres, is split into two distinct parts. In the morning, the crews twice tackle a pair of stages on Saarland country roads, before mid-day service. In the afternoon they will take on two tests in the Baumholder military area, repeating them in the evening following an additional 15-minute service.

Martin Järveoja (Co-driver car 8): “It’s the longest stage of the rally and the most challenging. This year we’re running it in reverse compared to the last few years. There are a lot of different surfaces, some smooth bits and some that are very rough, and a lot of rhythm changes.”