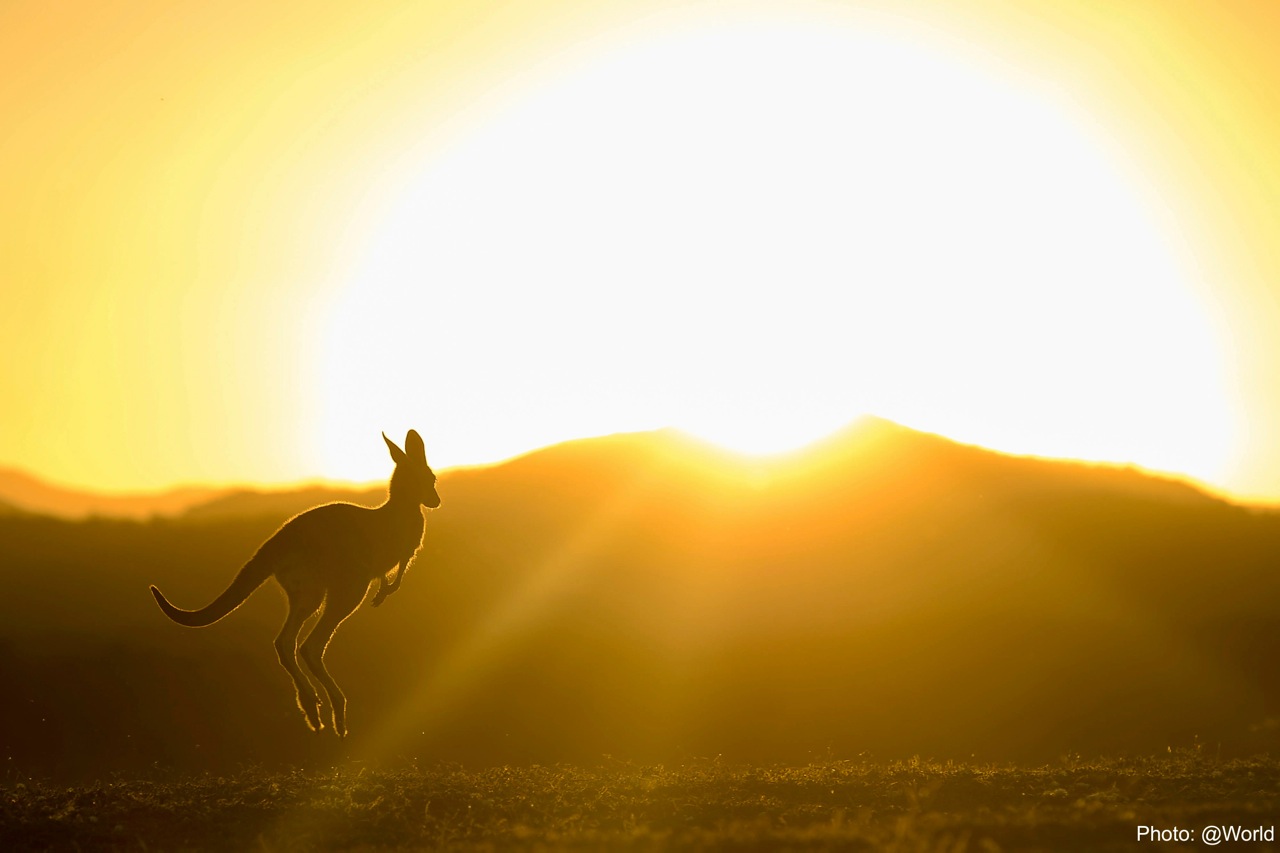 Volkswagen bids farewell to the WRC at the Rally Australia

The final chapter of a successful era in rallying: Volkswagen lines up with the Polo R WRC in the FIA World Rally Championship (WRC) for the last time. The 2013, 2014, 2015 and 2016* world champions have a definite maxim for the Rally Australia, the final round of the season from 17 to 20 November: milestone, not melancholy. Andreas Mikkelsen/Anders Jæger (N/N), in particular, will be going all out for victory down under – as will their team-mates Sébastien Ogier/Julien Ingrassia (F/F) and Jari-Matti Latvala/Miikka Anttila (FIN/FIN). The three driver/co-driver pairings have amassed a total of 42 wins from 51 rallies – and with 621 stage wins from 935 special stages, the Volkswagen duos have clocked the fastest time on two out of every three stages over the past four years. A further 23 special stages and 312.98 kilometres against the clock around Coffs Harbour await the three Polo R WRCs, which have so far completed a total of 47,873.44 kilometres at rally speed.

Play it again, Andreas and Anders – all or nothing in the battle for second place

A four-way battle is raging for second place in the World Rally Championship – and Andreas Mikkelsen and Anders Jæger are in the thick of it. The Volkswagen duo is currently third in the overall standings, 14 points behind second-placed Thierry Neuville/Nicolas Gilsoul (B/B, Hyundai), but three points ahead of Hayden Paddon/John Kennard (NZ/NZ, Hyundai) and ten clear of Dani Sordo/Marc Martí (E/E, Hyundai). To end the season as the runners-up in the world championship, they must claim a podium finish at least – preferably the win. The starting position also plays a major role in Australia. The order for Friday and Saturday is determined by the current positions in the world championship. This can be a disadvantage for the early starters, and an advantage for the world rally cars starting further down the field. So far this season, only one duo has managed to win a rally on loose gravel from one of the first three starting positions: a certain Mikkelsen and Jæger.

Play it again, Seb and Julien – miracles do happen

Coffs Harbour, 13 September 2015, 13:49 and eleven seconds – Sébastien Ogier and Julien Ingrassia cross the finish line at the 2015 Rally Australia as winners to wrap up the world championship and secure the Manufacturers’ title for Volkswagen. The magnitude of this achievement in 2015 was bordering on miraculous: the Rally Australia is regarded as one of the very worst events, at which to open the route. However, Ogier and Ingrassia defied both physics and pre-race predictions to win. In 2016, the regulations regarding the starting order were changed, further exacerbating their situation – were they to produce another rally miracle, it would be the 39th victory for Ogier/Ingrassia, the 32nd with Volkswagen. Motivation enough for the four-time world rally champions.

Play it again, Jari-Matti and Miikka – in pursuit of a happy ending

The 2016 season has hardly been a lucky one for Jari-Matti Latvala/Miikka Anttila. Their goal down under is to bring the year to a positive end – ideally with a win. Latvala/Anttila’s last victory came in very similar conditions at the Rally Mexico, which was also held on powdery, sandy gravel. They start sixth, the most favourable starting position of the three Volkswagen drivers.

Strobe lighting in the rainforest, coupled with a mix of monster and mini stages

Narrow and winding, or wide and flowing: the route at the Rally Australia features a wide range of characteristics. One minute you are flat-out on open ground, the next you are winding your way through tight sections, lined by unforgiving trees in the Australian rainforest. With the low sun, the result is an effect similar to strobe lighting, as the cars race in and out of the shadows. This is only exacerbated by the road surface. Extremely fine sand is whipped up into large dust clouds, restricting visibility for the drivers and demanding the utmost concentration.

One of the longest stages of the season awaits the drivers and co-drivers on Saturday, in the form of “Nambucca”. Exactly 50.80 kilometres must be overcome. The enormous length and the wide variety of different surfaces encountered make this one of the greatest challenges of the entire rally. Far shorter, but by no means less spectacular, are the six spectator stages at the Rally Australia. The “Raceway” stage features on Friday and Saturday. The 1.37-kilometre Rallycross circuit has plenty of potential for a spectacular drift show. The same goes for “Destination NSW”. The spectator stage in Coffs Harbour is the final stage on both of the first two days of the rally. As in 2015, the final stage of the Rally Australia, and this time the 2016 rally season, will be the beautifully-named “Wedding Bells” Power Stage.

Sébastien Ogier, Volkswagen Polo R WRC #1
“It is a strange situation for everyone at Volkswagen Motorsport. The announcement of our withdrawal from the World Rally Championship at the end of the year was not the way that we, as a team, wanted to celebrate our fourth title. We will now contest our final rally together in Australia. When I look back at the last five years, I do not only think about the success we have enjoyed together. I am grateful to have worked with such great people at Volkswagen. We have formed genuine friendships over the years. I can only hope that I see as many as possible of them again. The final rally with Volkswagen – that sounds crazy. However, I am sure I will be able to put this out of my mind during the rally. Although my starting position is not exactly promising, I will do everything in my power to ensure that we have something to celebrate together again after our final outing in Australia.”

Jari-Matti Latvala, Volkswagen Polo R WRC #2
“Last week’s news was far from pleasant. It is very difficult to comprehend the magnitude of this decision in such a short time. I can only repeat that I will always remember the time at Volkswagen Motorsport. The many great moments mean a lot to me, and I would like to thank everyone in the team. It is now my duty to focus fully on the season finale in Australia again. I am really determined to do well in my last rally with Volkswagen, and will push hard to try to challenge for the win. My season has not been easy, so a good result in Australia would be doubly nice – particularly as a farewell present to the team.”

Andreas Mikkelsen, Volkswagen Polo R WRC #9
“The Rally Australia will be very emotional, as we all know that it is the final race for Volkswagen. The team has become very close to my heart. I am very grateful for the great time together, and really want to bid farewell with a good result in Australia. That is also important for Anders and me, because we want to take back second place in the Drivers’ and Co-Drivers’ World Championship from my friend Thierry Neuville. To do so, we must go for the win. However, this will not be easy, as we will be third onto the special stages. Despite this, we will apply pressure from the word go and give it our all. The biggest challenge at the Rally Australia are the sections with fast corners, which are hard to see. A rally in the jungle – that is the best description. I am certainly very motivated and looking forward to Australia, as I really like driving there.”

Sven Smeets, Volkswagen Motorsport Director
“We are incredibly proud of what we have achieved in four years in the World Rally Championship. We now face our final WRC rally in Australia, and it is going to be a very emotional weekend for everyone in the team. However, we will be doing everything in our power to put the icing on the cake after our twelve world titles, and will preferably bid farewell with the 43rd win for the Polo R WRC. We want to give something back to our fantastic fans around the world for the final time. We will bring to bear everything that has made us so successful over the past 51 rallies: the desire of every single person involved to achieve absolute perfection, an unparalleled team spirit, and a great passion for the sport.”

Volkswagen successes in the World Rally Championship: did you know …

… Volkswagen’s WRC programme will come to an end on the Sunday of the Rally Australia? By that point, Volkswagen will have topped the Drivers’ and Co-Drivers’ Championship for an uninterrupted 986 days with Sébastien Ogier/Julien Ingrassia and the Manufacturers’ standings for a remarkable 1,346 days in a row.

… Volkswagen has claimed 85 podium results in 51 races so far in the World Rally Championship? 42 of these have been victories, 25 second places and 18 third places?

… Volkswagen has made the Power Stage its own? In the 50 Power Stages so far, 194 points have gone to Hannover. The team has achieved 38 stage wins, 27 second places and 26 third places since 2013.

… the full set of bonus points on the Power Stage have gone to Volkswagen on four occasions? In Italy and Poland in 2014, and at the rallies in Portugal and Italy in 2015.

… the average distance of the 935 special stages the Polo R WRC has contested so far is 18.83 kilometres?

… Volkswagen holds the record for the longest winning run in the World Rally Championship? The Wolfsburg-based car maker won twelve rallies in a row on two occasions: from the 2012 Rally Australia to the 2014 Rally Finland, and from the Rally Portugal in 2015 to the Rally Mexico in 2016.

… Volkswagen has scored points at every rally since the 2013 Rally Monte Carlo, when the Polo R WRC made its debut in the FIA World Rally Championship?

… the team has finished one-two 19 times and one-two-three four times in the WRC over the past four years?

… Volkswagen also boasts the greatest number of wins in one season? The team triumphed twelve times in both 2014 and 2015.

Volkswagen’s four-year era at the pinnacle of rallying draws to a close at the Rally Australia – and the manufacturer has also enjoyed an impressive record on social networks. On 01 January 2013, the car maker started out with 51,759 fans on its Motorsport channel on Facebook. Shortly before the finale of the 2016 season in Australia, just short of 5.4 million people are fans on facebook.com/volkswagenmotorsport. Text, photo and video content during this time have achieved roughly 472 million contacts and over 15 million interactions. The number of followers on Twitter rose from zero to almost 92,000. Fans of Volkswagen Motorsport reacted to the 11,000 plus Tweets on twitter.com/volkswagenrally about 200,000 times. The team conducts up to 500 chats on WhatsApp during a rally. Honestly, from the bottom of our heart and, for a change, personally: Volkswagen Motorsport Communications would like to thanks the fans, journalists and partners in the World Rally Championship for a fantastic time. Goodbye.