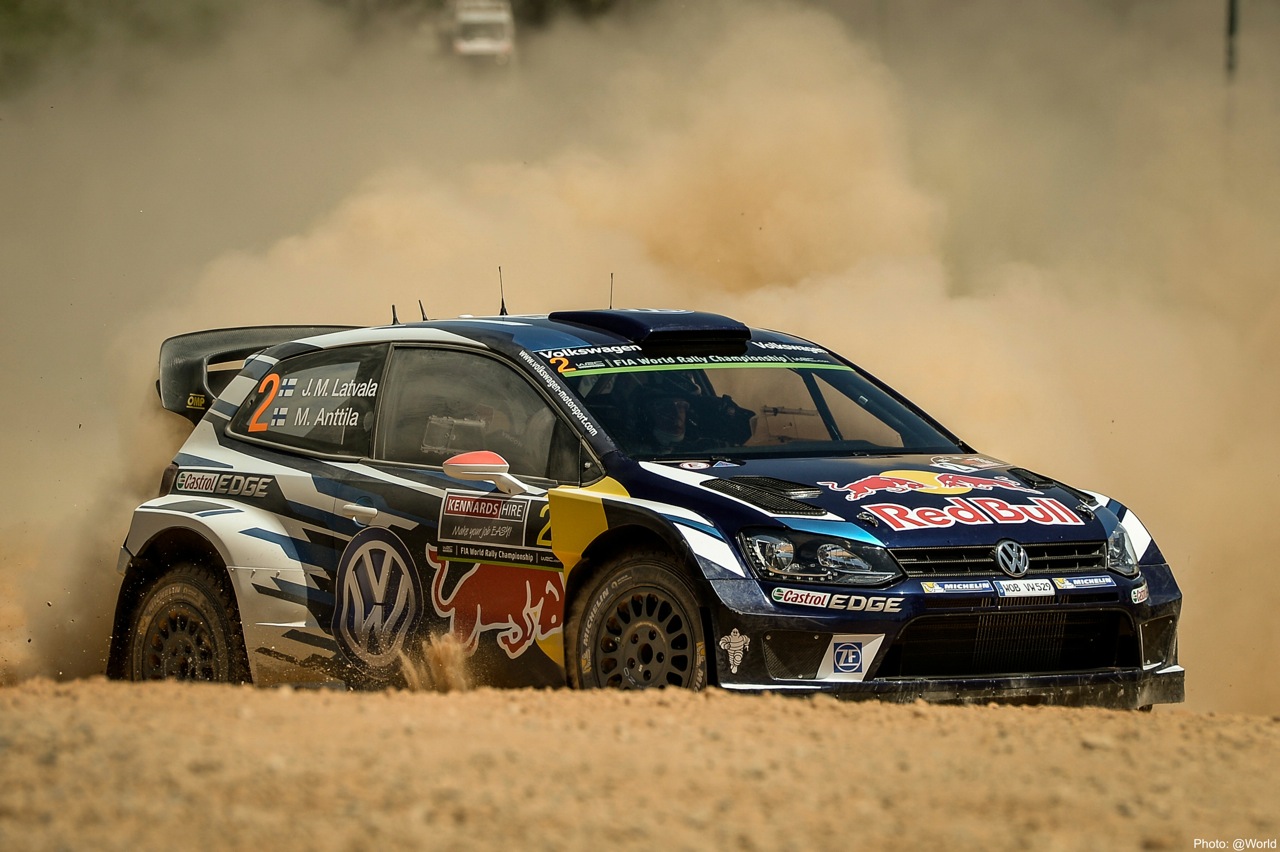 Jari-Matti Latvala/Miikka Anttila (FIN/FIN) are to be denied a final highlight on their last works outing with Volkswagen in the FIA World Rally Championship (WRC). The duo drifted into the side of a bridge on the opening stage of the day and damaged the rear suspension on their Polo R WRC in the process. Trailing the leaders by over seven minutes after day one, the Finnish duo can no longer hope to play a role in the battle for victory and the podium.

Quote after day one of the Rally Australia

Jari-Matti Latvala, Volkswagen Polo R WRC #2
“I don’t know how often I’ve been in this situation this year. No sooner had the rally got underway, than it was over for me again. I lost a bit of grip in a long right-hander just before a bridge on the opening stage, and caught the bridge with the rear-right tyre. It was not a big impact, but we suffered a damaged suspension as a result and had lost a lot of time by the midday service. This is obviously not how we wanted to say goodbye to the team on our final appearance for Volkswagen. We must now end the rally with dignity.”