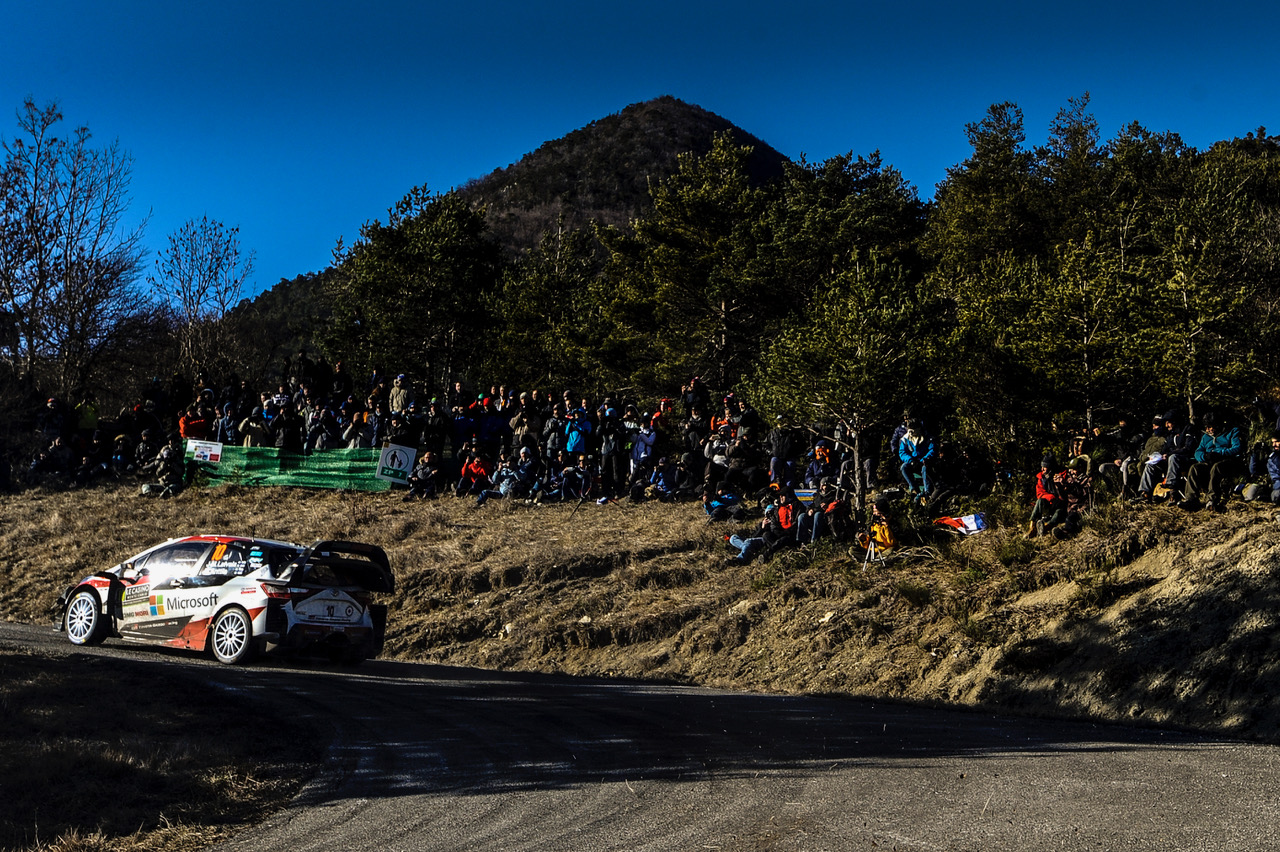 TOYOTA GAZOO Racing World Rally Team takes the lead of the drivers’, co-drivers’ and manufacturers’ standings to the French island of Corsica for the first pure asphalt round of the season, the classic Tour de Corse. Championship leader Ott Tänak will look to continue his recent run of podium finishes on an event where he finished second last year, with team-mates Jari-Matti Latvala and Kris Meeke also out to replicate strong performances on previous visits to Corsica.

The Tour de Corse is also known by its nickname of ‘The Rally of 10,000 Corners’ thanks to its narrow and twisting stages. Stages are on average longer than on any other round, which coupled with abrasive asphalt makes tyre wear a major consideration. With the mountain roads often lined by rock faces on one side and steep drops on the other, there is little room for error.

The route has been changed significantly for 2019, with new stages making up 75 per cent of the competitive distance. There is a new start location in Porto-Vecchio in the south of the island, where two loops of three stages will be held on Friday with no service until the end of the day at Bastia airport. Saturday features three stages each run twice around the north east of the island, before heading west for the final two stages ahead of the finish in Calvi.

Quotes:
Tommi Mäkinen (Team Principal)
“We will go to Corsica feeling optimistic about our chances, particularly after our strong performance there last year when we were fastest on half of the stages. It is a very challenging rally, as I found out many times when I was driving, but our drivers have all shown they can be fast there. With so many corners and really long stages, you need to have full confidence in the car, otherwise you can lose a lot of time. That is why it is very important to get the setup right. This year, that will be especially true on Friday because there isn’t a proper service in the middle of the day to make big changes. But I know that our team has been preparing as well as possible and hopefully we can have another strong weekend.”

Jari-Matti Latvala (Driver car 10)
“Corsica is a rally I always look forward to. The asphalt is abrasive so provides good grip, and the road is usually pretty clean. The island itself is very beautiful too. I like the changes to the route this year. A couple of the stages were used when I won the rally in 2015, so I have good memories of those. I had a good test earlier this week: We did 200 kilometres and tried a lot of things, not only for this rally but also development for the future. On Rallye Monte Carlo I struggled with understeer, so we worked on that and improved the turning, as well as the braking, and I’m feeling more confident with the car. Now I’ve got a couple of days of relaxing at home, and feeling ready for the recce to start on Monday”

What happened last year?
Ott Tänak finished in second place in his first full asphalt event in the Toyota Yaris WRC. Esapekka Lappi was poised to join him on the podium before he hit a kerb and had to stop to change a wheel, and finished sixth in the end. The pair won half of the rally’s 12 stages between them. Jari-Matti Latvala retired following a crash on the Saturday.