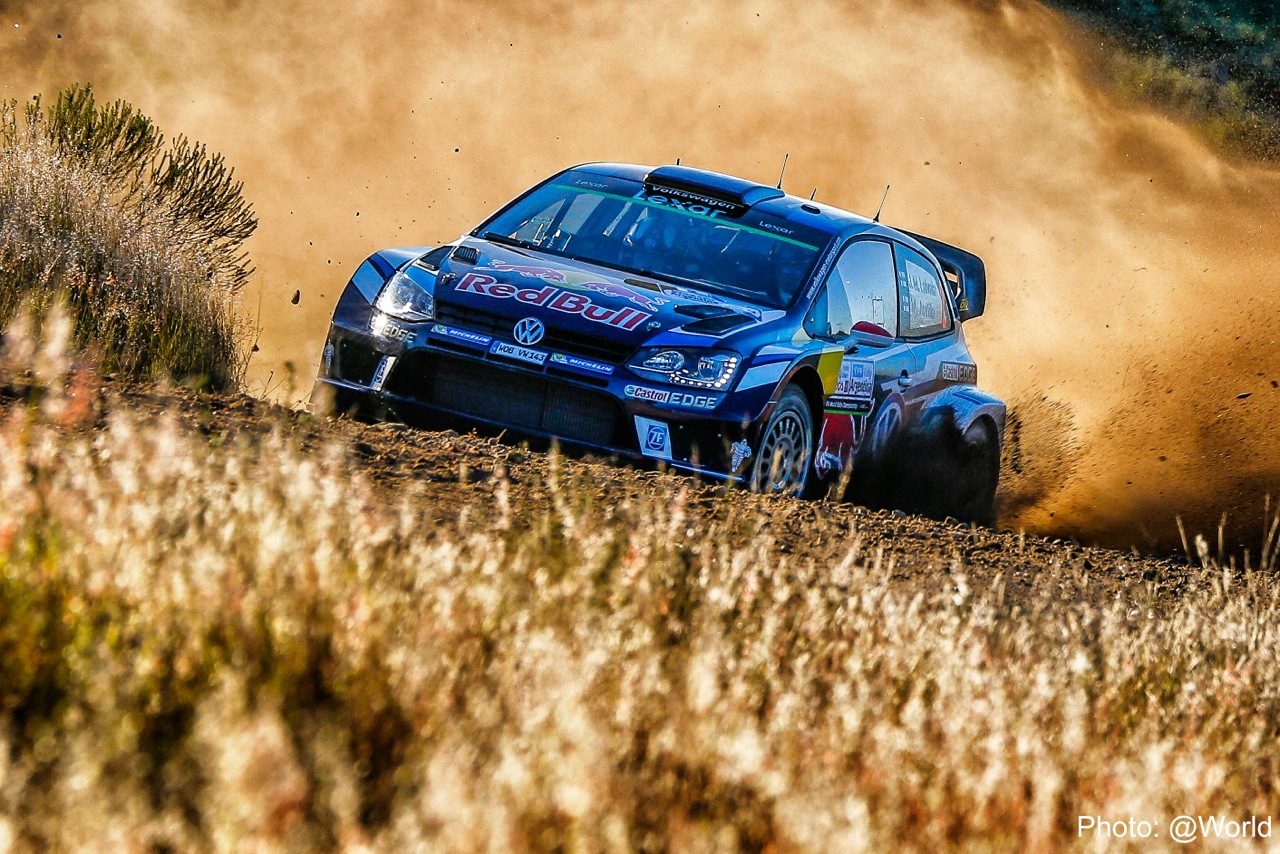 Back in the rhythm after a six-week spring break: Volkswagen returned to action in determined fashion with top times in the Shakedown at the Rally Argentina. Volkswagen set the second and third-fastest times in “free practice” ahead of round four of the FIA World Rally Championship (WRC). Jari-Matti Latvala/Miikka Anttila (FIN/FIN) were the best duo in the Polo R WRC on the 6.01-kilometre special stage on the outskirts of the rally centre in Carlos Paz. Sébastien Ogier/Julien Ingrassia (F/F) were just slower in third place, while Andreas Mikkelsen/Anders Jæger (N/N) were fifth fastest. The top six – three Volkswagens and three Hyundai – were separated by less than five seconds.

Volkswagen has the opportunity to make World Rally Championship history in Argentina. After twelve wins in a row, a 13th consecutive success would now set a new record. This would be the first time that a manufacturer in pinnacle of international rallying would have gone a complete year – once around the world – undefeated. However, Volkswagen must first overcome one of the toughest rallies on the calendar, in the Rally Argentina: coarse, eroded routes and many water crossings await Ogier, Latvala and Mikkelsen. The rally action kicks off on Thursday evening with a short opening stage in Córdoba city centre, before Friday’s route features the demanding gravel roads of the Sierras de Córdoba.

Quotes after the Shakedown at the Rally Argentina

Jari-Matti Latvala, Volkswagen Polo R WRC #2
“I am very happy with my Shakedown. The 6-kilometre lap was great fun. The Polo R WRC feels superb, and we seem to have gone for the right set-up. The starting position in Argentina will not have such a big influence as last time out in Mexico. Despite this, it could be an advantage, particularly on Saturday. The six-week break was long enough. I am glad we are back racing again.”

Jost Capito, Volkswagen Motorsport Director
“We have a big job ahead of us here in Argentina. First of all, we want to improve on last year’s performance here – preferably by putting the icing on the cake with a victory to extend our winning run. We have won 19 of the last 20 rallies, twelve of them in a row. As such, our goal can be nothing less than another victory. However, everyone in the team will have to work hard to achieve this. The Rally Argentina is one of the most demanding on the calendar for man and machine. Furthermore, our opponents will not make life easy for us. That made it all the more important for us to be on the ball from the word go after the six-week break. Today’s times showed that we are just that. We are ready.”