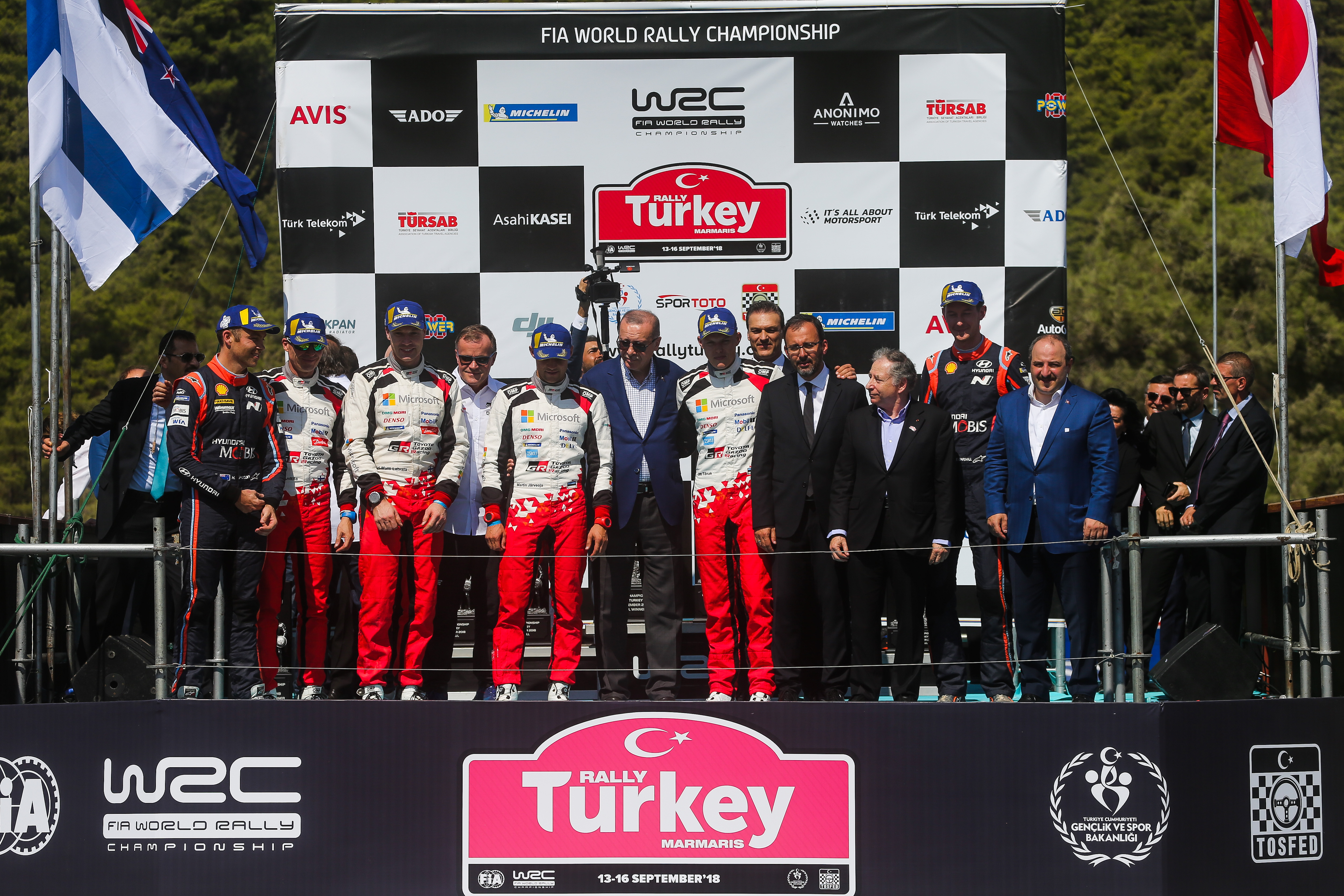 Toyota Yaris WRC drivers Ott Tänak and Jari-Matti Latvala sit first and second with four stages remaining on Rally Turkey, after climbing to the top of the leaderboard on a day of extreme attrition among the leading runners.

The first full day of the rough gravel stages on Friday had already proven tough for all the crews, with Latvala and Tänak avoiding trouble to occupy fourth and fifth overall overnight. Tänak then displayed strong pace over this morning’s three stages to move up to second place by mid-day service, just ahead of Latvala. Further issues then struck their rivals in the first stage of the afternoon, and Tänak posted the fastest time to take the rally lead with Latvala gaining second place. The pair safely completed the day, with Tänak leading Latvala by 13.1 seconds, with more than a minute in hand over the driver in third.

Esapekka Lappi was in sixth overall when he had a spin on the final stage of the morning loop, which left his car beached on the edge of the road. This forced him to retire from the day, but the team hopes to repair the car so that he will restart tomorrow under Rally2 rules.

Quotes:
Tommi Mäkinen (Team Principal)
“This was the sort of day that I don’t think we have seen for a very long time in this championship. So many things happened and there were a lot of difficulties for all of the drivers and cars, with hot and tough conditions that were very aggressive for the tyre wear. This rally has been about survival and we are now in a very good position. Our drivers have managed it extremely well, aside for a very small mistake from Esapekka: he had a very positive pace-note and that was the result. On brand new stages, things like this can happen. Now we have our fingers crossed for tomorrow.”

Jari-Matti Latvala (Driver car 7)
“It has been a good day for us, particularly in the afternoon when I had a much better feeling and the car was generally working really well. Here you have to try to find a sensible limit with the driving. The grip is pretty high in some areas and that gives you the opportunity to push, but you have so many bad rocks and bumps, so it’s very easy to damage the car. Tomorrow it will be important to be consistent and stay cool.”

What’s next?
Rally Turkey concludes with four short stages on Sunday, totalling just under 35 kilometres. It begins with the Marmaris stage, which will later be repeated as the rally-ending Power Stage following the Ovacık and Gökçe tests.