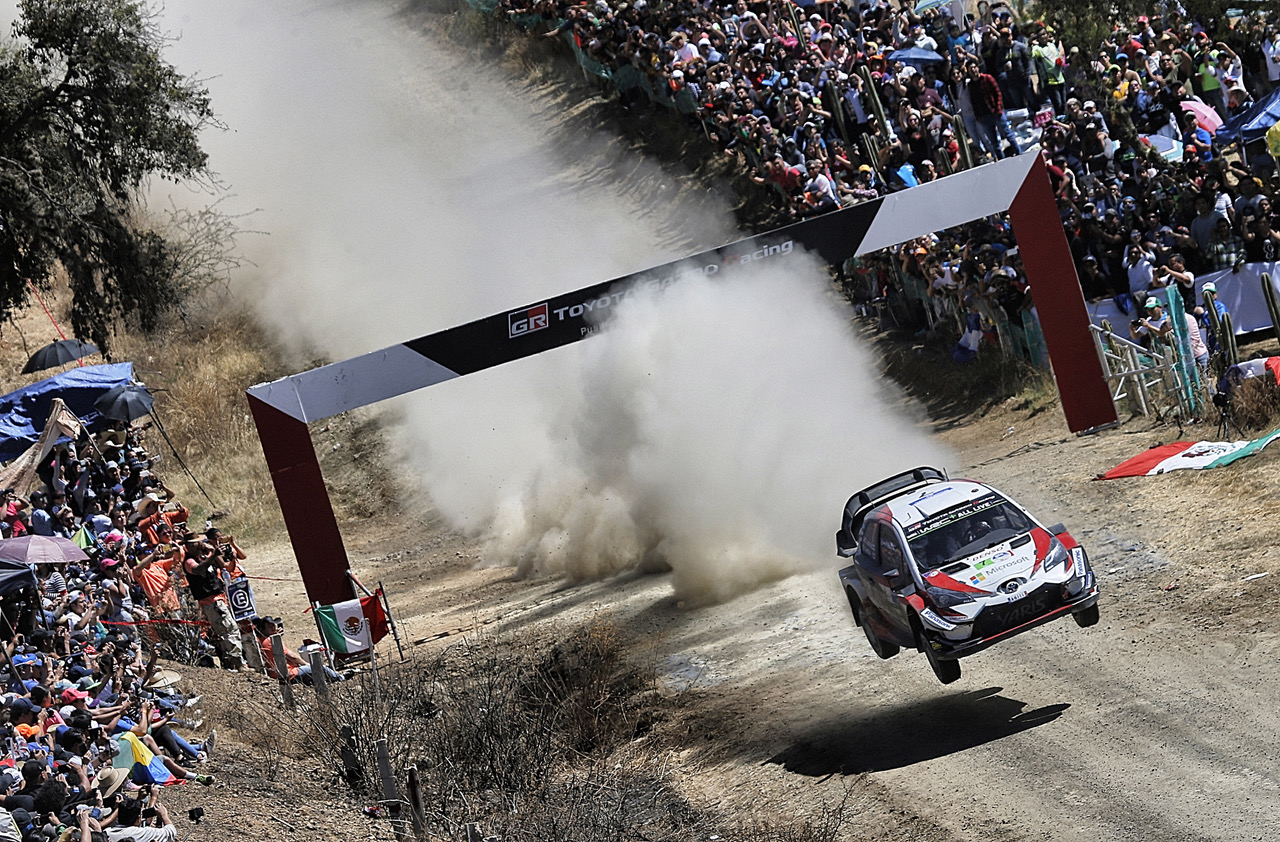 Ott Tänak completed a demanding first full day of Rally Mexico – and his first day of competition on gravel in the Toyota Yaris WRC – holding a strong third position overall. It was a tougher leg for his team-mates Jari-Matti Latvala and Esapekka Lappi, who were both forced to retire but will restart tomorrow.

The day consisted of three rocky and mountainous stages each run twice, including the 31.44-kilometre El Chocolate test, as well a street stage in León and two runs over a superspecial stage at the nearby racing circuit. Tänak sat fifth overall after the day’s opening two stages but improved his position as the day went on and moved up into the top three. By posting the fastest time on each of the last three stages, he closed the gap to the overall lead to just 11 seconds. Latvala was running in seventh position after SS8 when he suffered an alternator failure on his car, forcing him to retire from leg one before the two superspecial stages. The team will fix the car so that Latvala can restart tomorrow with a chance of scoring points. On his first ever time competing in Mexico, a difficult day for Lappi ended with an off on SS7. With only relatively minor damage to the car, he too will be able to restart tomorrow.

Quotes:
Tommi Mäkinen (Team Principal)
“Ott has done a really great job today. He has been very clever in difficult conditions and got the best out of the car. Given what he did from his road position today, things are looking good for tomorrow when he will start further back. It is unfortunate what happened to Jari-Matti but he will restart and hopefully he can still get some points for the championship, even though he will be the second car on the road. For Esapekka, it has not been easy doing such a tough event for the first time, but the good thing is that both the crew and the car are in a good shape to restart tomorrow so he can gain more experience.“

Jari-Matti Latvala (Driver car 7)
“The car felt very good at the start of the first stage this morning but then we began to suffer from high engine temperatures. We were able to control it, but it affected our performance, and I was concentrating too much on the temperatures and not on the driving. The team worked on it during service and in the afternoon it was getting better, so it was a shame that we had the problem with the alternator and had to retire. When we restart tomorrow there is a good chance for some points so we just need to keep fighting.”

What’s next?
Saturday will begin with the 30.97-kilometre Guanajuatito stage at 08:33, followed by the Otates and El Brinco tests. All three stages will then be repeated in the afternoon before two more runs of the superspecial stage and another pass through the León street stage in the evening.