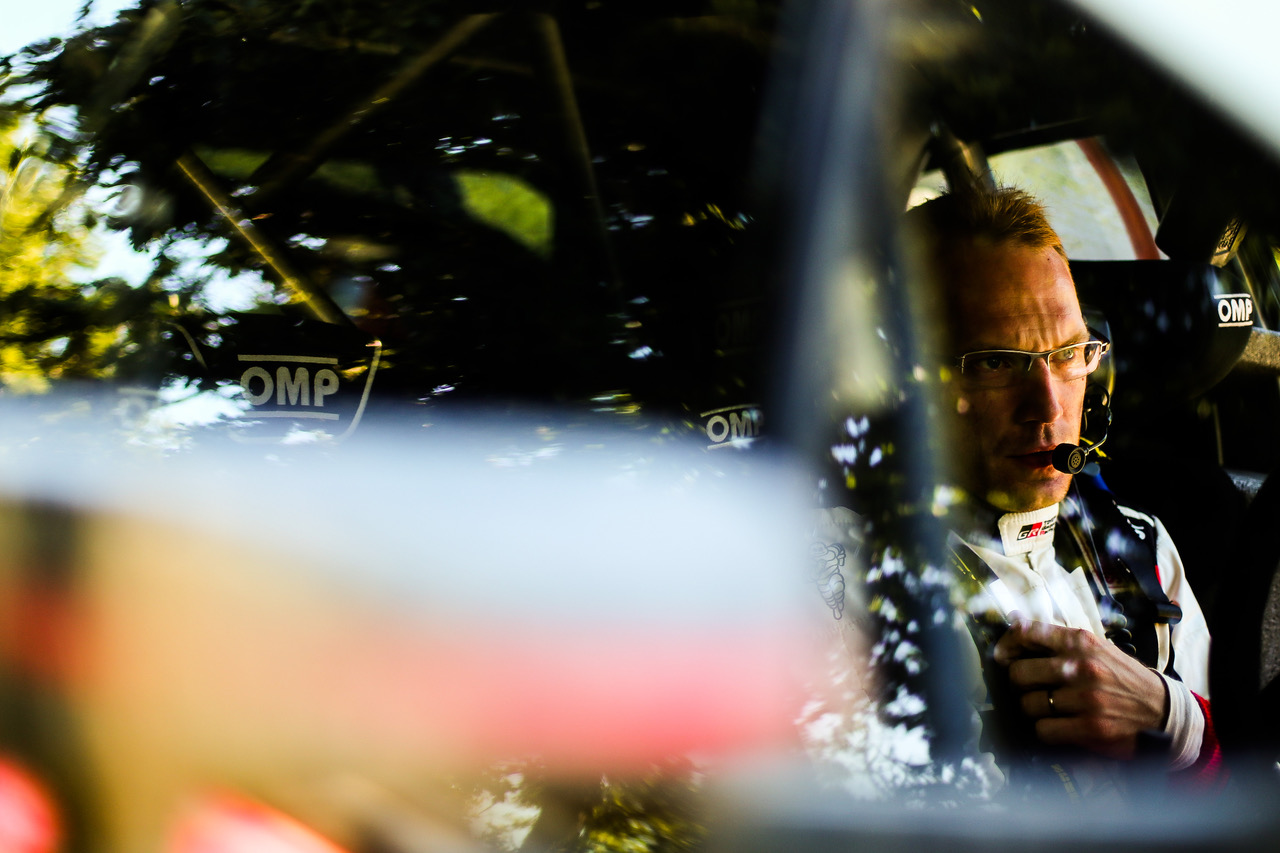 Esapekka Lappi has finished in a fine third place on Rally Italia Sardegna to score his first podium of the 2018 FIA World Rally Championship season: a result that moves the Toyota Yaris WRC driver up to fourth in the drivers’ championship standings.

Lappi began the final day of the rally with a margin of just more than a minute over the fourth-placed driver. This allowed him to take a cautious approach to the final four stages, securing the second podium finish of his WRC career by 58.9 seconds and achieving his stated pre-event target of improving upon the fourth place he managed on the same event in 2017. His TOYOTA GAZOO Racing World Rally Team colleagues Jari-Matti Latvala and Ott Tänak also scored points in seventh and ninth overall respectively, having restarted the event under Rally 2 rules. Latvala had been battling with Lappi for third position throughout Saturday until a problem forced him to stop on the road section back to evening service. Tänak was also in the top three when he retired on Friday’s last stage with damage after a heavy landing but fought his way back into the top 10 and remains third in the drivers’ standings.

Jari-Matti Latvala (Driver car 7)
“It was good to be able to get back out on the stages today after the frustration of yesterday. The feeling in the car was good and the times were pretty good, even though we were saving the tyres. Unfortunately, on the Power Stage I stalled the engine in one corner: I went too quick into a left-hander and the ruts were quite deep. I really wanted a podium here but I will try to have a positive break and be ready to fight in Finland.”

What’s next?
After the WRC’s summer break, round eight of the 2018 season will be Rally Finland on July 26-29. The event is the fastest rally on the calendar, run over smooth gravel roads containing many jumps. It is also a home event for the TOYOTA GAZOO Racing World Rally Team, which is based close to the service park in Jyväskylä and celebrated victory in 2017 with Esapekka Lappi.