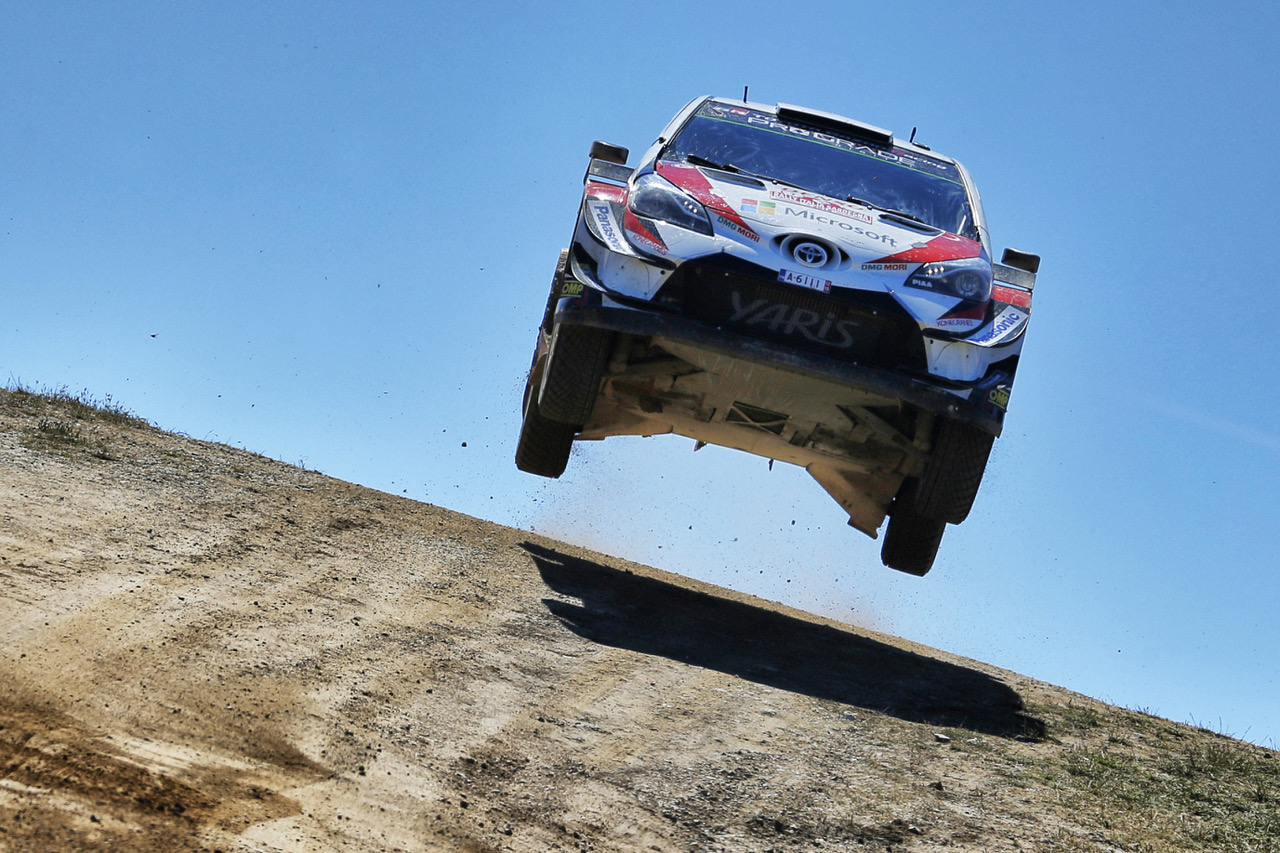 The TOYOTA GAZOO Racing World Rally Team continues to occupy a podium position going into the final day of Rally Italia Sardegna. Esapekka Lappi is in third place overnight following an extremely close battle with team-mate Jari-Matti Latvala throughout Saturday, with the two Finns never separated by more than a few seconds in their Toyota Yaris WRCs.

Latvala completed the last of the day’s seven stages with a margin of 5.3 seconds over Lappi, but he was then unable to drive back to service in Alghero due to an alternator problem. The team hopes that the issue can be repaired and that Latvala can continue in the event under Rally2 rules tomorrow, where he would still be on course to score points despite incurring a time penalty.

Lappi goes into the final day’s four stages just over one minute ahead of the fourth-placed driver. Ott Tänak meanwhile is ninth overall, having restarted today under Rally2 rules, after the team worked into the night to repair the damage incurred in a heavy landing on Friday’s final stage. Following a 10-minute time penalty, Tänak climbed from 19th to ninth on the leaderboard during the course of the day to move back into the points-paying positions.

Quotes:
Tommi Mäkinen (Team Principal)
“We saw a very good fight today between Jari-Matti and Esapekka, so what happened to Jari-Matti after the last stage was obviously disappointing. We are still investigating exactly what happened, but we know that he had low battery voltage when he got to the end of the stage. Esapekka has been doing a good job and it would be very good for him if he can finish on the podium tomorrow. Hopefully Jari-Matti can restart tomorrow, and it seems that both he and Ott should at least be able to score some points.”

Jari-Matti Latvala (Driver car 7)
“Overall I would say that it was a good day, even though it ended this way. Looking just at the special stages, I’m really pleased with how they went. I took care when there were rough sections and I pushed harder when the conditions were better. Esapekka was doing really good times and getting closer and closer and I wanted to really attack on the last stage. I got to the end of the stage, but we had an alternator warning and eventually we ran out of battery on the road section. It’s very frustrating because I really wanted to get a podium from this event. Tomorrow we will carry on fighting and try to score as many points as possible.”

What’s next?
The final day of Rally Italia Sardegna consists of two stages each run twice, beginning with the 14.06 kilometres of Cala Flumini at 8:45 local time, followed by the 6.96-kilometre Sassari – Argentiera, which will also be run as the rally-ending Power Stage from 12:18.