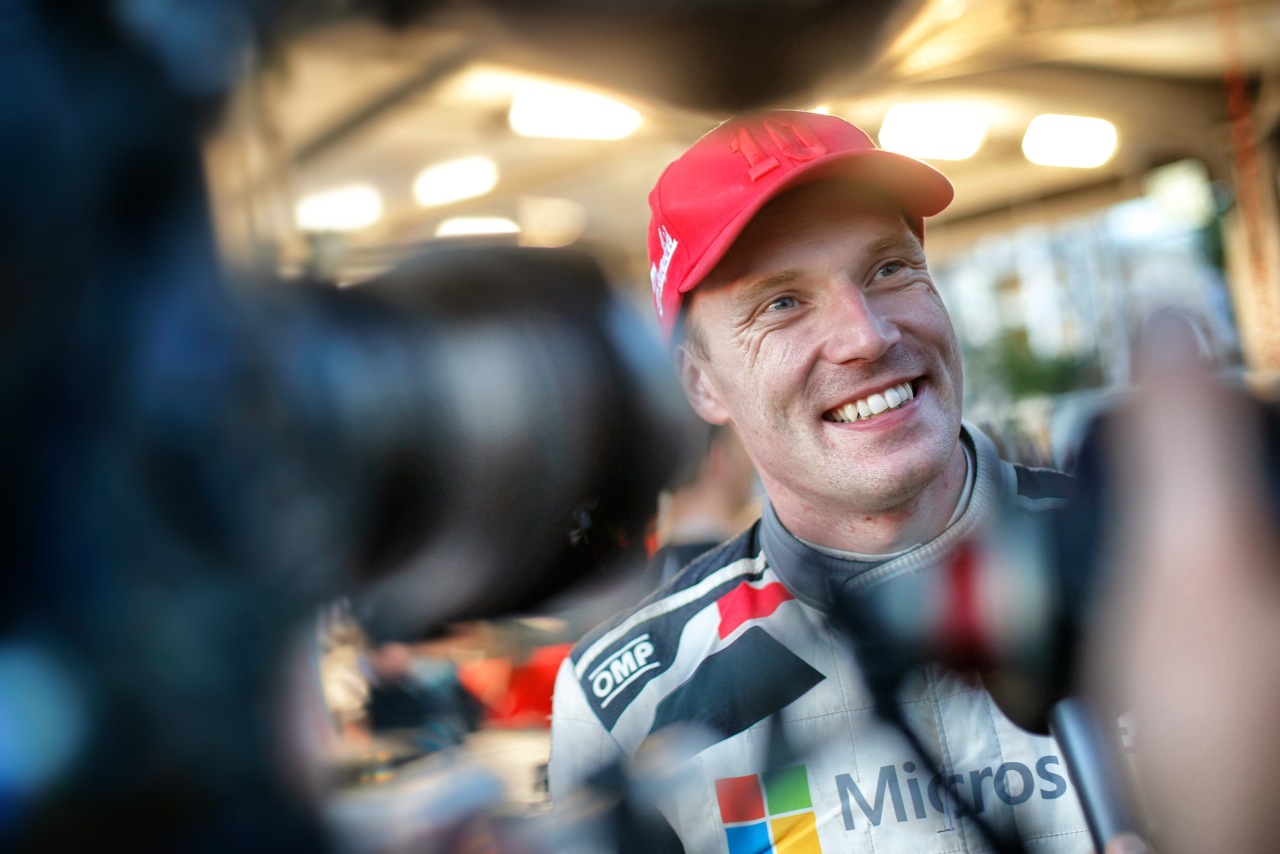 In a very successful day for the TOYOTA GAZOO Racing World Rally Team, Juho Hänninen led the rally in the morning, while Esapekka Lappi set three fastest stage times: including a Yaris WRC one-two on SS7 this afternoon. Today’s action covered eight stages, with all three drivers finishing the first full day in the provisional points.

Jari-Matti Latvala is fourth overnight, despite being handicapped by running third on the road. Having gone fastest on SS3 this morning to lead the rally, Hänninen is sixth overall, after going slightly off on the final stage of the day while running second. Lappi ends the day in eighth, having set his first fastest stage times on only his second rally in the Yaris WRC, despite a couple of small problems.

“In the morning, I found the stages quite slippery and there was a lot of dust. Then on the third stage of the day we had an impact on the sump guard and this broke the starter motor, so I had to be careful not to stall the car, as there would be no way to start again. We fixed that at service and then in the afternoon we had no problems apart from one very strange thing: the rally plate on the bonnet came off and it was flapping around in front of me, so that was very distracting. But I’m happy with our performance in the afternoon after we were a bit up and down in the morning: it’s going to be a big fight tomorrow and I feel confident that we’re going to be right in the middle of it.”

Tomorrow’s itinerary includes the best-known stage of the rally: Monte Lerno, which contains the famous ‘Micky’s Jump’. Contrary to popular belief, this isn’t actually named after Italy’s two-time World Rally Champion Miki Biasion (although his co-driver, Tiziano Siviero, is a consultant to this event, in charge of designing the route). Instead, the jump was named after a local man, known as Micky, who originally built it on the stage.

Tomorrow only has six stages but it’s the longest day of the rally in terms of kilometres: 625.42 kilometres in total, including 143.16 kilometres of stages. It’s a particularly early start for the crews, who go into first service at 05:00 before heading off for two loops of three stages, separated by service at midday in Alghero. The final service halt of the day is at 19:14, leaving just four stages to complete the rally on Sunday.