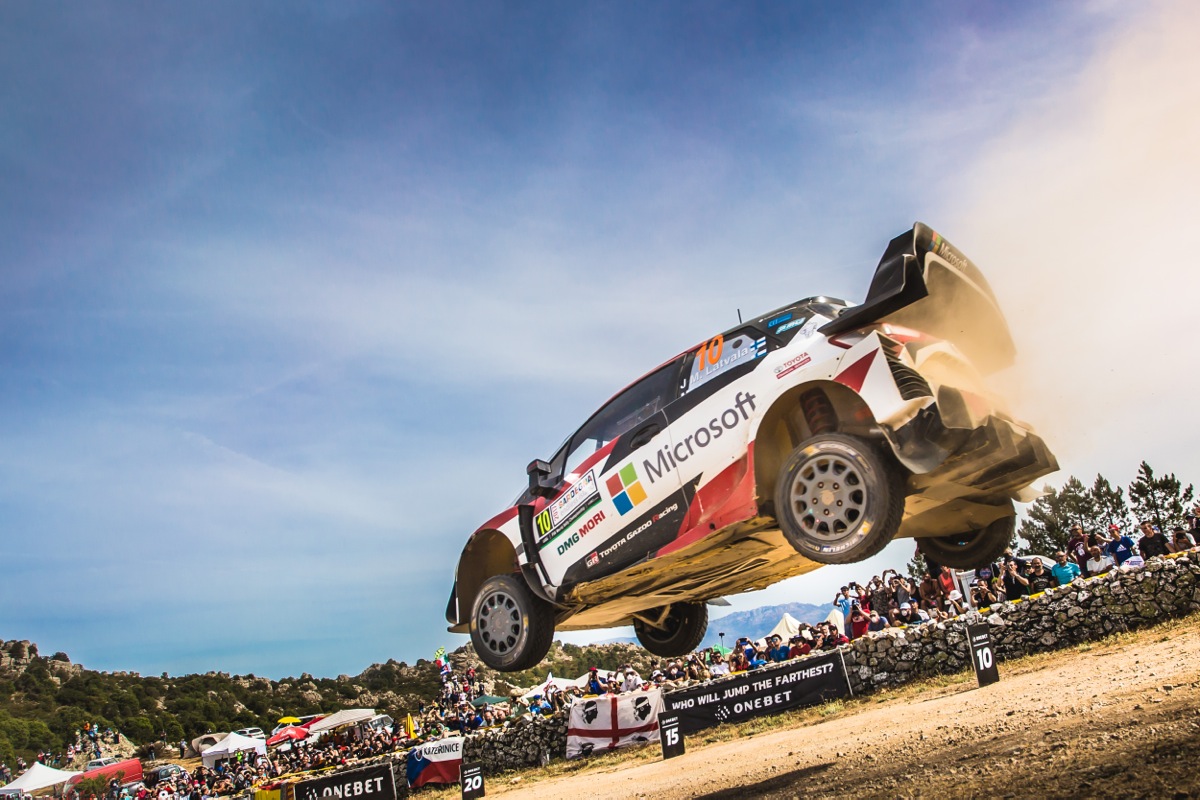 TOYOTA GAZOO Racing World Rally Team driver Jari-Matti Latvala is challenging for victory on Rally Italia Sardegna: almost certainly the roughest, and one of the hottest, rallies of the year. Latvala is second, with all three Yaris WRC drivers in the top five: Esapekka Lappi is fourth, having won the final stage of the day, while Juho Hänninen is fifth.

Latvala lost time in the dust of a competitor recovering from a puncture in the morning but moved gradually up the leaderboard, despite encountering tyre wear and brake issues in the abrasive stages of the afternoon. Lappi also had brake cooling difficulties in the afternoon while Hänninen had a spin and a power steering failure on the final stage. Nonetheless, all three cars proved to be extremely reliable in the harsh Mediterranean summer climate, fighting for the top positions.

“On the final stage the tyres were finished and the brakes were also getting too hot. But apart from that, we’ve done some good work today and improved the car over the course of the rally. The main problem we had was during the first run through Monte Lerno this morning, when we were suddenly caught in the dust behind another competitor, who had a puncture. He didn’t know we were there as radio is not allowed, so we lost about 10 seconds. You can’t afford that in the fight for victory as it is so close, so the team has appealed to the stewards and I hope we get the time back.”