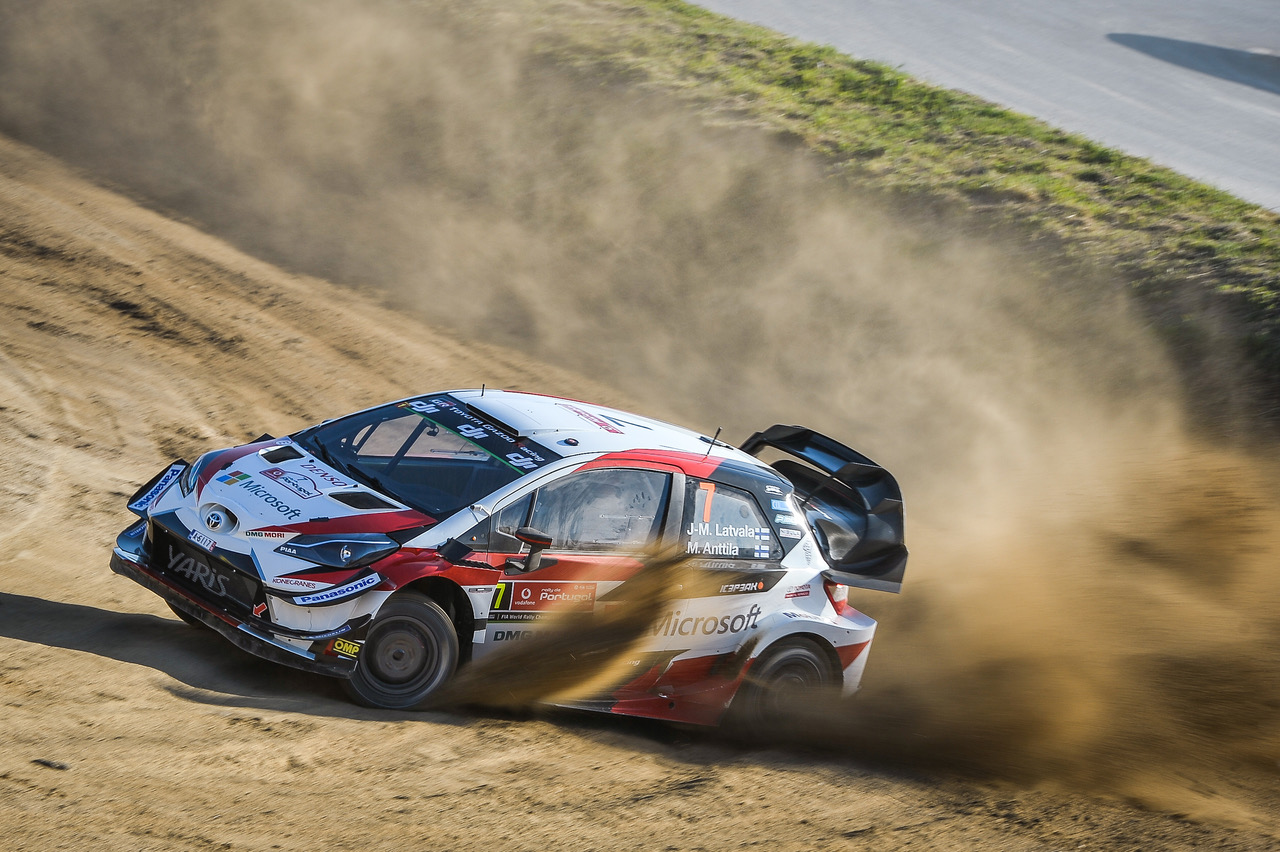 Rally Portugal kicked off this evening for the TOYOTA GAZOO Racing World Rally Team with a 3.36-kilometre super special stage at the Lousada rallycross circuit, where Ott Tänak posted the fastest time to take an early lead of the event.

The first competitive stage followed this morning’s shakedown, held over a 4.6-kilometre route. Jari-Matti Latvala was fastest overall, with both Esapekka Lappi and Tänak just one second slower. All three returned to service after their first set of runs, happy with the feeling of their cars and not needing to make any major changes to the setups established at the recent pre-event test. On stage one, Lappi and Latvala were 10th and 13th respectively, but both within four seconds of the lead.

Quotes:
Tom Fowler (Chief Engineer)
“It was a good shakedown for us this morning. We had good pace from the car and no reliability issues, so everything went to plan. All three drivers did their shakedown runs all in one go before returning to service, with just some data checks. Our test before the rally went very well, with the drivers really confident with their setups, and they all reported that they had the same good feeling with the car in the shakedown. Rally Portugal is a slightly different rally to Argentina, but in terms of car setup it’s pretty close, so we’re confident that the good performance that we had in Argentina should carry through to here with just some very small changes. This rally should hopefully also be a little bit easier on the cars. Everybody is feeling confident and ready for the rally ahead.”

Jari-Matti Latvala (Driver car 7)
“At the ceremonial start there were already a lot of people around, but then we came to the first stage and it is like a stadium full of people: it felt like a football match. There is just so much interest in rallying here in Portugal. I lost some time on the final hairpin: we will look at what happened but it doesn’t worry me. I’m feeling very positive at the start of the rally. I have a really good feeling with the car. On shakedown we did three runs in a row with no changes, which confirmed that we have the right setup, and we set the fastest time. I would really like this rally to be a turning point for my season: I really want to have a clean run and show the speed that I know I can do.”

What’s next?
There will be eight stages tomorrow as Rally Portugal truly gets underway. The morning’s three stages to the north near the border with Spain will be repeated again in the afternoon after mid-day service. There will then be two runs over a street stage in Porto to round out the day.