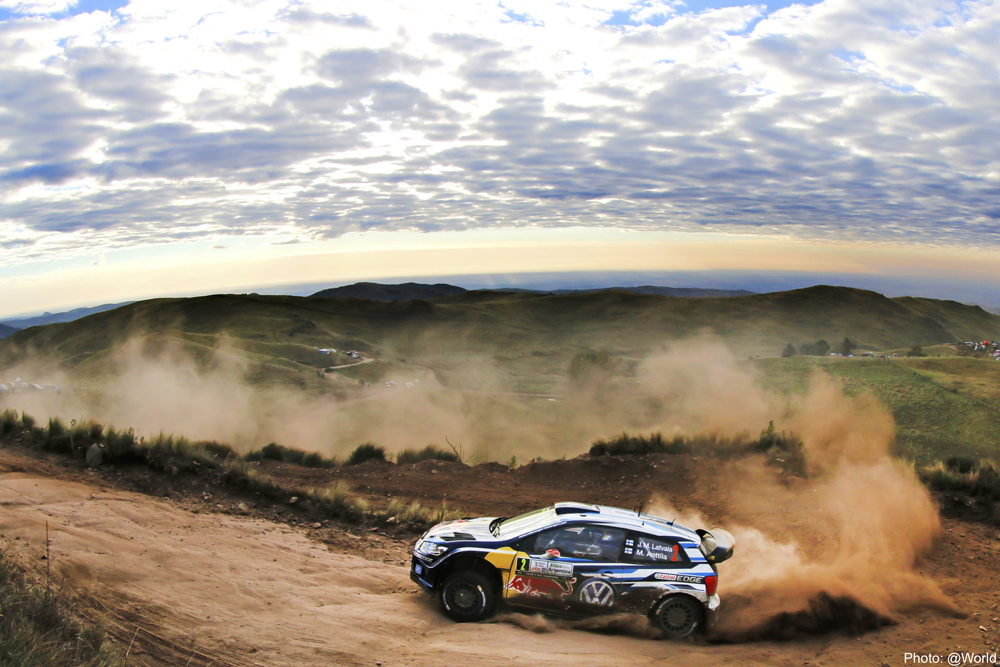 Portugal kicks off five-stop tour of Europe for the WRC

Back from overseas and ready to conquer Europe – Volkswagen is three times as motivated for the Rally Portugal. Sébastien Ogier/Julien Ingrassia (F/F), Jari-Matti Latvala/Miikka Anttila (FIN/FIN) and Andreas Mikkelsen/Ola Fløene (N/N) are all hungry for victory at the fifth round of the FIA World Rally Championship from 21 to 24 May. The first of five back-to-back European rallies sees all three Volkswagen duos line up with the second generation of the Polo R WRC for the first time. The Volkswagen engineers have also raised the bar on the technology front ahead of the start of their “European Tour”. And that is not all that is new: the Rally Portugal itself has a new look. The rally centre has moved back towards Porto, where the itinerary – 16 gravel stages and roughly 350 kilometres against the clock – welcomes back classic stages like “Fafe”.

“The 2015 Rally Portugal is back in the north of the country and marks the return of many classic stages. We are looking forward to the huge popularity that this event typically enjoys among the fans,” said Volkswagen Motorsport Director Jost Capito. “We also line up with three second-generation Polo R WRCs for the first time, with Andreas Mikkelsen set for his first competitive outing in the new Polo. As such, we start with a lot of additional energy and an extra boost of motivation. As always, we are hungry for the win. This time, however, even more so than usual: the disappointing weekend in Argentina still rankles with everyone in the team. Everybody will be doing their utmost to banish those memories.”

Southward bound, and then back north a bit: all roads lead to Porto

Portugal has always been renowned for the enthusiasm of its fans when the WRC circus comes to town. The rally now returns from the Algarve to the Porto region in the north of the country for the first time since 2001. As such, many iconic special stages return to the route – none more so than “Fafe”. Over 100,000 fans will assemble on this one stage alone for a genuine World Rally Championship festival. In order to bring a modicum of order to the emotionally supercharged spectators, world champion Sébastien Ogier and Volkswagen’s Portuguese mechanics Jose Azevedo da Silva, Marco Moreiras and Rui Cabeda, gave their backing to a plea from the organisers. The video appeal asks fans to stay in the officially designated and safe spectator zones. If they do this, then nothing stands in the way of the drifting party on “Fafe” and Co.

“Fafe” is joined back on the itinerary by such classics as “Ponte de Lima” and the Rallycross track in Lousada. Other special stages, which were used until 2001, have since been asphalted, meaning they will no longer be used in the all-gravel event. Nevertheless, the fans are in for a real treat: following the ceremonial start in the “cradle of the Portuguese nation”, Guimarães, the sporting action gets underway on Thursday with “Lousada”. Friday features a total 128.7 kilometres against the clock, including the superfast “Ponte de Lima” stage with its soft sand. Saturday is the longest day of the rally, with the competitors taking on 165.4 kilometres of special stage, before the rally draws to a close with the “Vieira do Minho” and “Fafe” stages on Sunday. “Fafe”, with its characteristic slalom through the wind turbines and the infamous jump, which every year casts its spell on fans, forms the Power Stage, on which bonus points are up for grabs for the top three drivers and co-drivers.

The first podium for Volkswagen in 2013, an early exit in 2014 – Jari-Matti Latvala and Miikka Anttila have a score to settle with the Rally Portugal. Last year, they hit a hole and rolled their car whilst running second and challenging for the lead. Only a remarkable show of strength from their mechanics allowed them to return to action the following day, when they again shone with a number of stage wins. In 2015, the goal is clear for Latvala/Anttila: after three “no-pointers” in a row and a disappointing start to the season, the Finnish Volkswagen duo has its sights set on a top result in Portugal. Ideally a win.

Volkswagen has reacted to the problems with the fuel supply at the Rally Argentina and will use a different variant of the fuel injector on the 1.6-litre turbo engine in the Polo R WRC from the Rally Portugal onwards. Technical regulations require the team to play a so-called “Joker”, which allows the homologation of certain parts during the season. In Argentina, faulty fuel injectors dashed any hopes of a good result for Sébastien Ogier and Jari-Matti Latvala.

“The Rally Portugal has not been a happy stomping ground for me in the past. This year, however, we are in the north of the country, instead of the Algarve in the south as was previously the case. New sections of route are always a major challenge, because we have to write the pace notes from scratch and learn the ‘language’ of the roads. From what I have seen so far, the unfamiliar sections ought to suit me better. The surface is relatively soft, you have more grip and can drive more aggressively. A lot will depend on the weather – if it rains, the roads are incredibly slippery and difficult to drive on. ‘Fafe’ is not a separate event this year, but forms part of the rally weekend instead. That obviously means that we cannot afford to take too many risks on the jump. However, I am sure it will still be a highlight for the spectators. They have always given us great support in Portugal. The season has not been great for me so far, so my goal for the Rally Portugal is to score as many points as possible and make up ground in the overall standings.”

… Volkswagen can already look back on a top result at the Rally Portugal from the era before the Polo R WRC? Kenneth Eriksson/Peter Diekmann (S/D) finished third in a Golf GTI 16V in 1987.

… Volkswagen team member Luís Moya won the Rally Portugal twice: in 1991, as co-driver in a Toyota Celica GT-FourST165, and in 1995 in a Subaru Impreza 555. The man behind the wheel on both occasions: Carlos Sainz, who won the Dakar Rally with Volkswagen in 2010.

… the Rally Portugal has been named “The Best Rally in the World” five times?

… the return of the rally to the north of Portugal sees the “Exponor” trade-fair premises in Matoshinhos take on the role of rally centre? The teams’ service areas will be housed in the exhibition halls. The last time this happened was at the 2013 Rally Mexico.

… the Rally Portugal was held for the first time in 1967? It was included as part of the World Rally Championship in 1973. The event was omitted from the calendar in 2002, but made its comeback in 2007.

The number for the Rally Portugal: 40 years.

The Volkswagen Polo is celebrating a big birthday in 2015. The compact car can look back on 40 successful years. In Portugal, this anniversary will be marked by a special logo on the boot lid of the Polo R WRCs driven by Ogier, Latvala and Mikkelsen. Incidentally: these three Polos are not the only ones with the “40 years Polo” sticker on the boot – it is also applied to all the production models currently being assembled as they leave the plant. The only exceptions are the sporty R-Line, BlueGT and GTI versions, which proudly bear the words “World Rally Champion”.