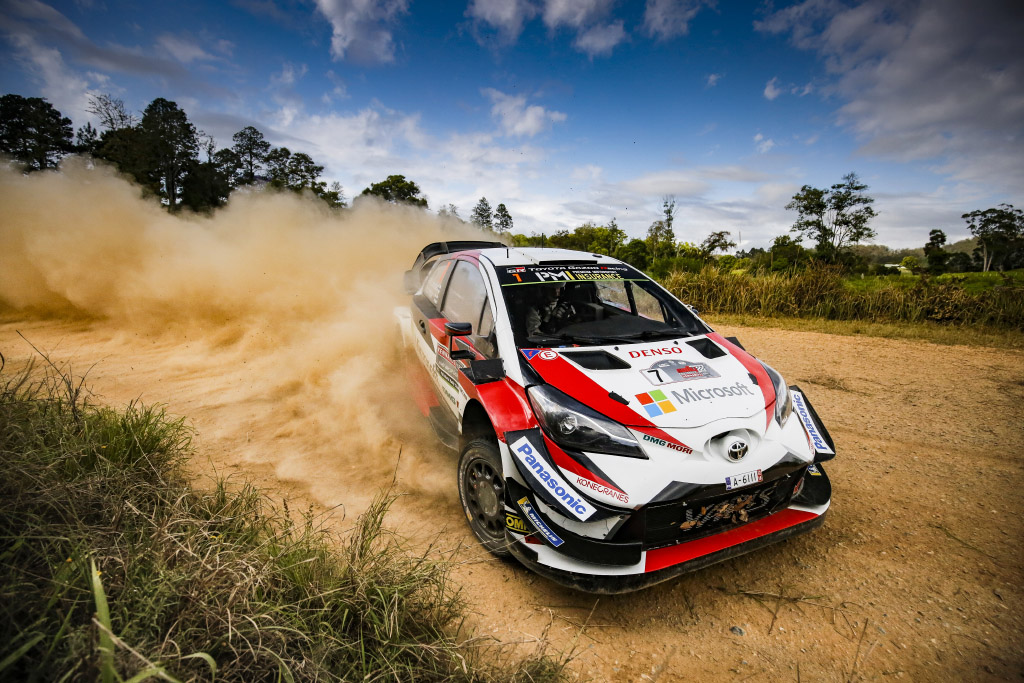 TOYOTA GAZOO Racing World Rally Team heads into the final day of the 2018 season occupying first and second positions on Rally Australia courtesy of Ott Tänak and Jari-Matti Latvala. Esapekka Lappi completed a strong Saturday for the Toyota Yaris WRC in fifth overall. The team is closing in on its aim of the manufacturers’ championship, while Tänak continues to keep the pressure on in the drivers’ title fight.

The team began the longest day of the rally with Latvala holding third position, Tänak in fifth and Lappi sixth. Within three stages during the morning loop, Latvala and Tänak had moved up into first and second places.

With wins on six of the day’s 10 stages, Tänak was able to move ahead of his team-mate, and ended the day with an advantage of 21.9 seconds. Latvala was faced with the worst conditions when heavy rain hit the end-of-day super special stages, but he was able to hold on to second place with a margin of 4.4s. Lappi was also a stage winner during the afternoon and closed to within 3.8s of fourth position.

Quotes:
Tommi Mäkinen (Team Principal)
“It is looking very good for us at the end of the day. It was a great day for us with no major dramas whatsoever. The conditions in the super specials were not absolutely fair for everybody but fortunately it didn’t cause any big changes. All three of our drivers are doing a very good job, and I think they all know what is required tomorrow. To finish the season with a result like this would be brilliant.”

Jari-Matti Latvala (Driver car 7)
“I had a really good morning. The car was working really well, I was enjoying the driving and we were able to gain some places. The afternoon started well but I was probably too aggressive with the tyres. They became very worn, so I had to back off and I started to lose some time. Then in the super specials we were unlucky with the conditions. Still, we are in second place and we just need to bring that to the end: this would be really important for the manufacturers’ championship and for myself and to finish the season with a good feeling.”

What’s next?
The final day of Rally Australia consists of three stages all run twice: Coramba, Sapphire and Wedding Bells. There is service at Coffs Harbour inbetween the two loops. The second pass of Wedding Bells from 13:18 local time will be the season-ending Power Stage, followed immediately by the podium ceremony.