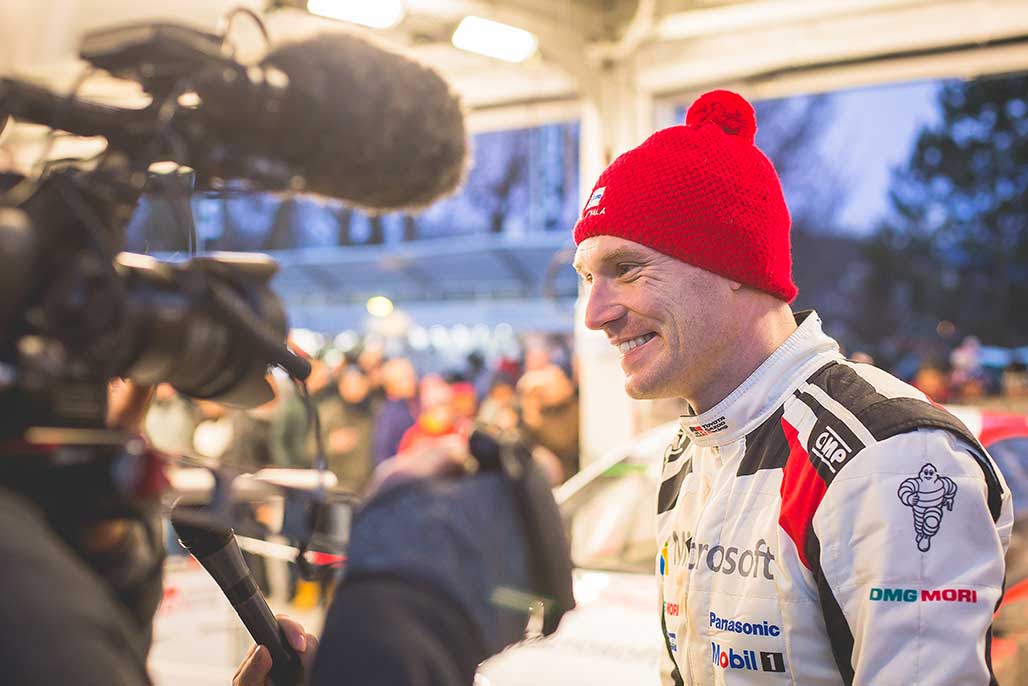 Jari-Matti Latvala completed a dramatic penultimate day of the Rallye Monte-Carlo in an impressive third, with just four stages of the rally now left. Juho Hänninen rejoined the action after going off yesterday and made up seven places to climb to 16th, despite losing time with a puncture on the last stage.

Both Toyota drivers had an impressive and reliable run throughout the five stages that made up day three as they headed back towards Monaco. Jari-Matti once again showed that he could set top-three stage times to end up with a provisional podium after the competitive action ended, before heading for parc ferme where he is expected to arrive some time after 21:00 tonight. Juho also had a strong run, but his charge was delayed by a puncture on the final stage of the day, which he was forced to stop and change.

“Our performance here so far, both with Jari-Matti and Juho, has been a nice surprise. I would certainly never have imagined this. Jari-Matti was still carrying a small electrical problem today and this would have been distracting for him, so I am sorry about that. But it does not seem to have slowed him down too much: another great job from him and Juho. We still have to complete 50 kilometres of stages, so it is far from over.”

“Honestly, I would never have expected to end up in this position before the final day of Monte-Carlo! We tried to keep a margin of safety all day in order not to have any problems because the stages were still very tricky and changeable. I just made a few changes to the settings and my driving style during the day to suit the different conditions. I enjoyed myself a lot, but now we have to stay concentrated in order to finish the rally well.”

(Results as of 18:30 on Saturday, for the latest results please visit www.wrc.com)

The crews all drove towards Monaco this evening: an important part of the tradition of the Rallye Monte-Carlo, which is the championship’s oldest event, first held in 1911. In the past, the crews used to set off from many different corners of Europe and arrive (or “rally”) in Monte-Carlo for the finish, which is how the sport gets its name.

The final day contains just four stages making up 53.72 kilometres, but these are the most famous stages of the whole rally, run on the Col de Turini. Adding to the difficulty is the fact that there is no service halt in between them, so the drivers have to be sure not to make any mistakes. After the Power Stage, which carries the chance to score extra championship points, the first car will arrive back in Monaco just before 14:00.