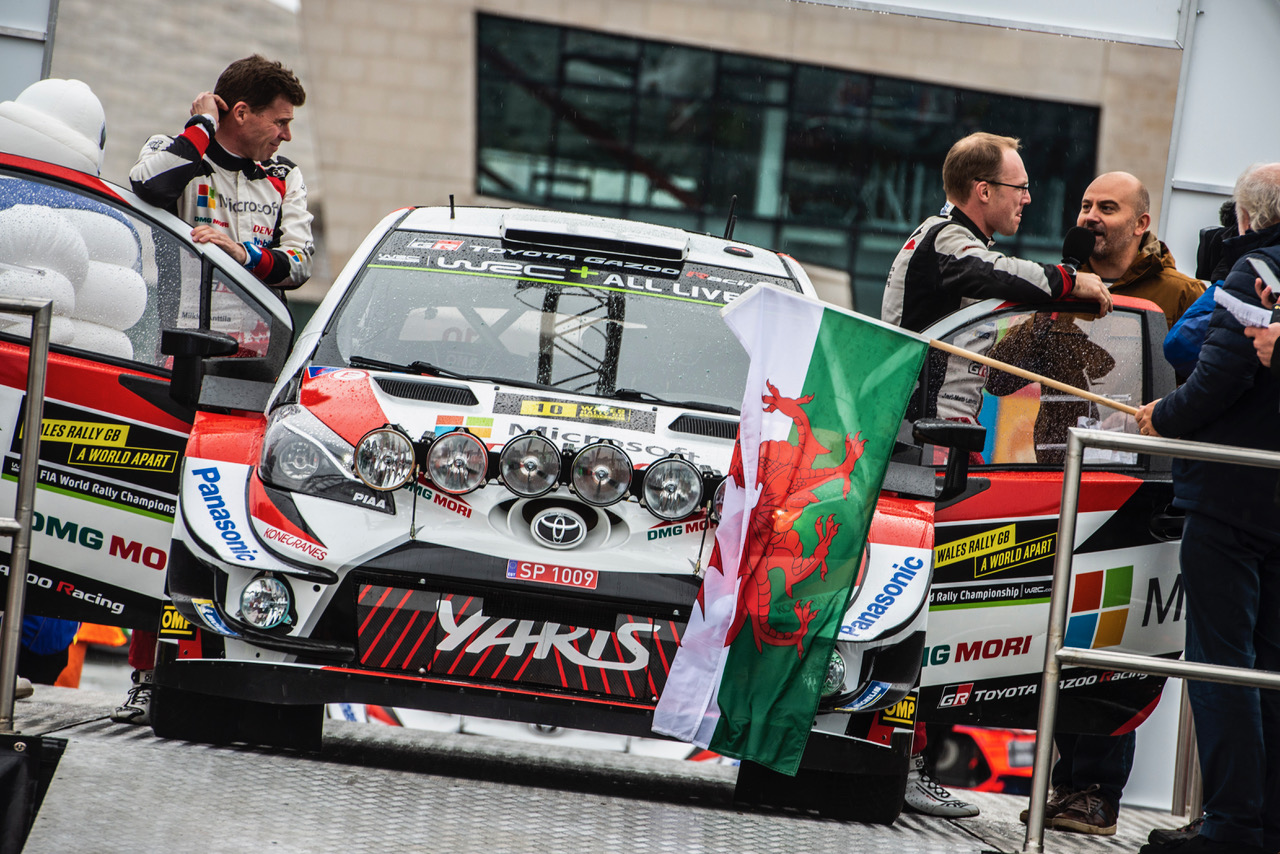 The TOYOTA GAZOO Racing World Rally Team moves on to Rally GB (October 3-6) confident of a strong result on the tricky Welsh stages. With three rounds remaining in the 2019 season, Ott Tänak takes the lead of drivers’ standings to a rally on which he has performed strongly in the past.
Jari-Matti Latvala is making his 18th start on an event he’s won twice before, while the team’s British crew of Kris Meeke and Seb Marshall can look forward to the support of the home crowds.

A classic event of the WRC, Rally GB takes place predominantly on gravel roads in the forests of Wales, which are relatively fast when dry. Autumn can however mean a high likelihood of rain and even fog, and stages that are muddy and slippery with frequent changes of grip levels.

The rally has a new home this year in the north Welsh coastal town of Llandudno. There is also a new start location in the city of Liverpool on Thursday and subsequent first stage at the Oulton Park racing circuit, which last welcomed the rally in 1993. There are nine stages in total on Friday, the last of which will be run in darkness. Saturday’s action is mostly in mid-Wales with a trio of forest stages each run twice with just a tyre fitting zone in-between, before a new asphalt stage along Colwyn Bay seafront in the evening. There’s another asphalt test on the final day along the Great Orme coastal road, separating two passes of the Alwen and Brenig stages.

“Rally GB is special for me and I’ve always enjoyed it. The main challenge, of course, is always the weather: Over the years I’ve been competing there I’ve seen snow, ice, horrendous wind, and rain from nearly every angle! If it’s raining while you’re in the stage, it can actually wash away the mud and give you better grip, but when it’s drying out it can be very greasy and slippery. I’m looking forward to it and to picking up where I left off in Finland and Germany when I had a good rhythm with the driving. Hopefully we can achieve another good result to help the team in the championship.”

Jari-Matti Latvala and Esapekka Lappi gave Toyota a double podium finish – a fourth in a row for the team – in second and third overall, with Latvala fighting hard for the rally win until the end. Ott Tänak led the rally before a heavy impact forced him to retire from the penultimate day.