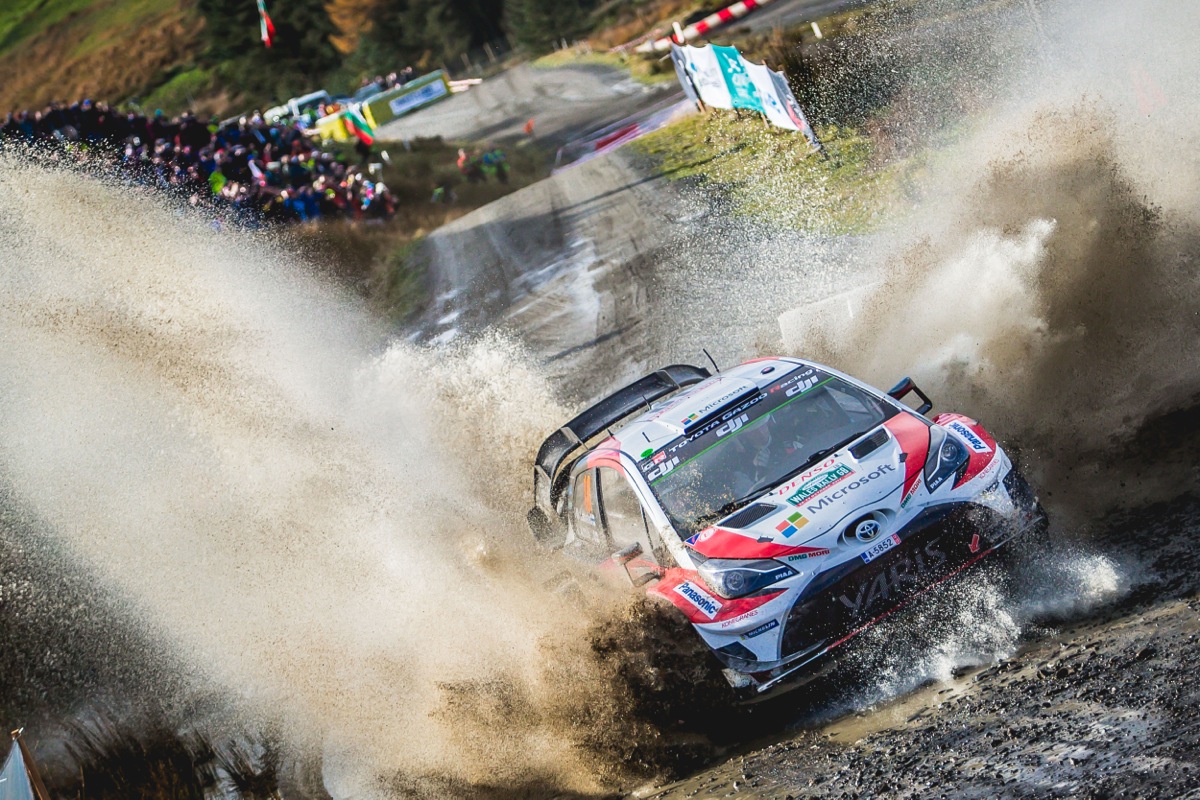 Jari-Matti Latvala goes into the final day of Wales Rally GB within touching distance of the podium positions after a long day of stages in which the performance improved throughout for the TOYOTA GAZOO Racing World Rally Team. After taking a stage win in foggy and dark conditions, Latvala climbed to fourth place overall, while Esapekka Lappi also made progress to ninth. Sadly, Juho Hänninen was forced to retire following contact, having also posted stronger times.

The day’s itinerary featured nine stages and a total of 16 hours from start to finish, ending with two stages held in darkness. Having felt increasingly happy with the feeling of his Yaris WRC during the day, it was here where Latvala excelled, taking a stage win in dense fog on Aberhirnant to climb two places to fourth overall. He ended the day only 4.6 seconds away from second place.

Lappi also had a strong finish to the day, with three consecutive top-five stage times and his best performance of the weekend so far in the night’s final test, having moved into ninth overall. Like his team-mates, Hänninen enjoyed a stronger performance during the morning, achieving the second-fastest time on the day’s longest stage, Dyfi. His rally ended however when he clipped a hay bale on the asphalt Cholmondeley Castle stage, damaging his car’s suspension.

“Things started a bit slowly in the first stage this morning but they just kept improving after that. We had much better traction than we did on Friday, and although we have still been struggling with understeer, we kept playing with the dampers during the day and this helped the car to feel better and better, and the stage times became quicker. Tonight in the dark and the fog I was quite happy with the performance. Sometimes you have to attack when the conditions are trickiest. The grip was quite good and the feeling with the car was good. I’m looking forward to tomorrow now.”

Jari-Matti Latvala recently drove a classic Toyota from the past at Rallyday, an event held in England at Castle Combe circuit. Latvala got behind the wheel of a Toyota Celica ST185: exactly the same car that won the 1994 Portugal Rally with Latvala’s compatriot Juha Kankkunen and Welsh co-driver Nicky Grist – who is now the owner of the car. The ST185 was driven to three WRC drivers’ titles between 1992 and 1994 by Carlos Sainz, Kankkunen and Didier Auriol, and also delivered two manufacturers’ titles for Toyota.

The rally concludes with five relatively short stages tomorrow. The Alwen and Brenig stages will be run twice, separated by a single visit to Gwydir. The second pass of the lakeside Brenig test will count as the rally-ending Power Stage, before the finish in Llandudno at 13:35.