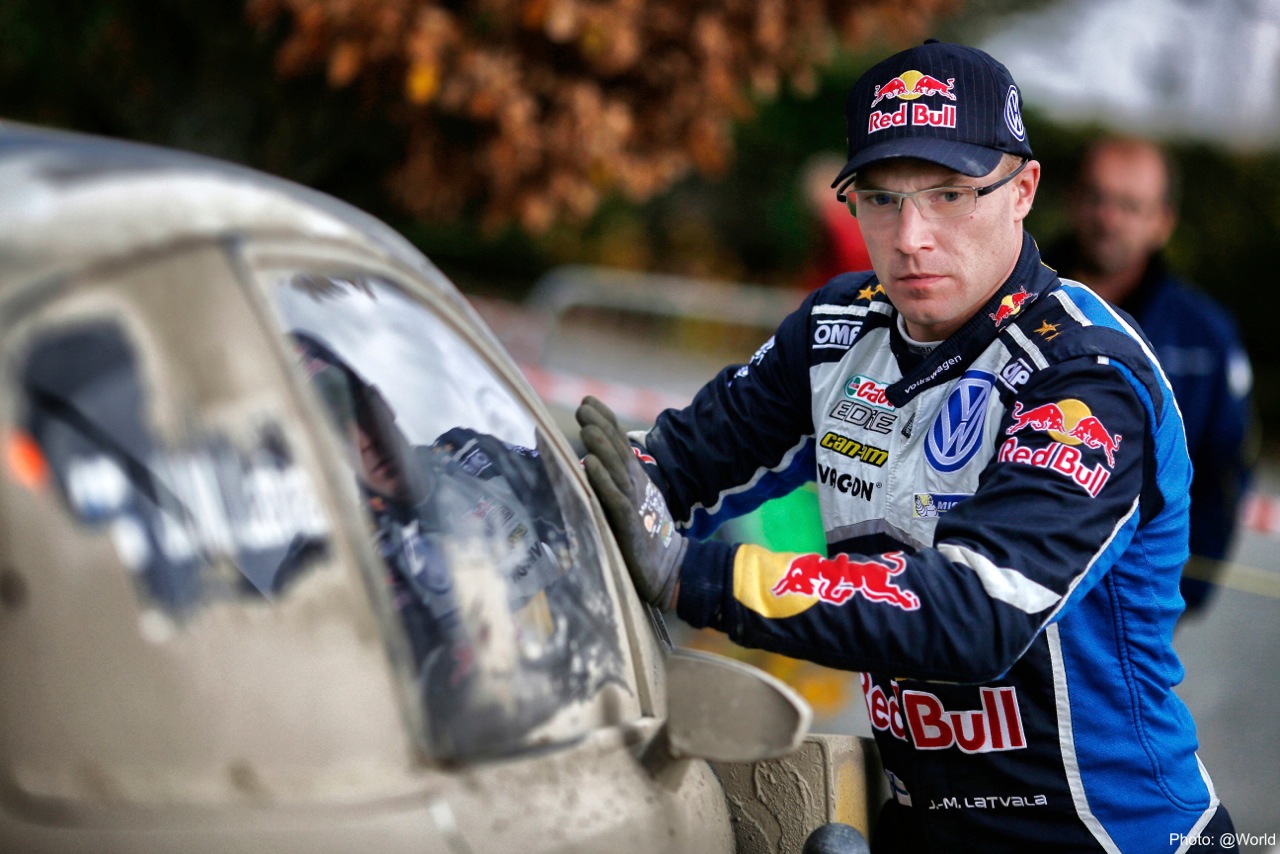 Mixed feelings at the Rally Great Britain: champions elect* Sèbastien Ogier/Julien Ingrassia (F/F), at the wheel of a Polo R WRC, lead the penultimate round of the 2016 FIA World Rally Championship (WRC) after day one. The four-time champions took the lead on the opening stage and then proceeded to pull clear over the course of the day. Ogier/Ingrassia – the only duo in the field to have finished in the top three on every stage – won five of the day’s eight special stages. They take a 37.3-second lead into Saturday, when, as on Friday, there will be no midday service. Volkswagen has the opportunity to win the Manufacturers’ Championship for the fourth time in a row at the Rally Great Britain. One third of the way into the rally, the team is on course to wrap up the title, thanks to the lead held by Ogier/Ingrassia.

In contrast, Andreas Mikkelsen/Anders Jæger (N/N) and Jari-Matti Latvala/Miikka Anttila (FIN/FIN) lost a lot of time. This was due to drive shaft damage on their world rally cars. Both Volkswagen duos can still finish second in the Drivers’ and Co-Drivers’ Championship. However, Mikkelsen/Jæger are currently well outside the top ten in the overall standings, and Latvala/Anttila are eight.

Jari-Matti Latvala, Volkswagen Polo R WRC #2
“I obviously cannot help but be disappointed. We basically made a good start to the rally and soon found a good pace, despite the conditions, which were not easy. The priority was to be ahead of the Hyundais, in order to score more points than our rivals in the Manufacturers’ Championship. We were on course to do precisely that. Unfortunately, the rear-right drive shaft broke on stage seven. That meant we were no longer competitive for the rest of the day. We must now shake off this disappointment, but will push hard again tomorrow.”

Sven Smeets, Volkswagen Motorsport Director
“A pleasing, and yet at the same time difficult, day for Volkswagen at the Rally Great Britain. Sébastien Ogier and Julien Ingrassia did a fantastic job today. They took the initiative and the lead from the word go and then opened up a good lead. Hats off to them. Andreas Mikkelsen/Anders Jæger and Jari-Matti Latvala/Miikka Anttila, who are all still battling for second place in the Drivers’ and Co-Drivers’ Championship, suffered technical setbacks today. We will now analyse exactly what caused these problems. However, all four will certainly keep fighting to the end and score as many points as possible.”