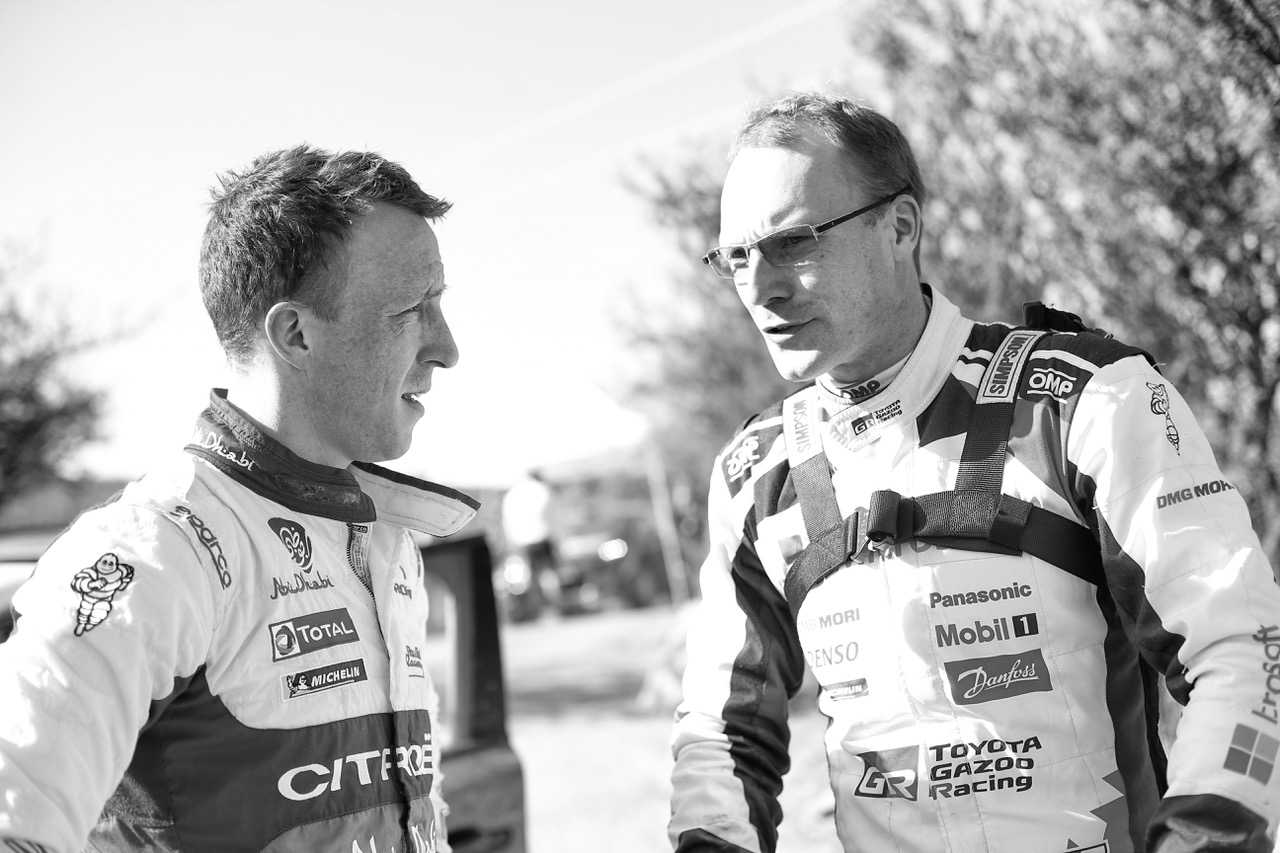 TOYOTA GAZOO Racing World Rally Team is pleased to confirm its driver line-up for the 2019 FIA World Rally Championship season, when it will again enter three Toyota Yaris WRC models on every event.

Ott Tänak will continue to drive the Toyota Yaris WRC next year alongside co-driver Martin Järveoja after joining the team of the 2018 season, during which they have already won on four occasions and are challenging for the drivers’ championship.

Jari-Matti Latvala will also stay with the team. The experienced Latvala and co-driver Miikka Anttila have been a key part of the team since its debut in Monte Carlo in January 2017. They scored the first podium of Toyota’s WRC return on the very same event, and the first victory just a few weeks later in Sweden. Latvala has achieved four podiums so far this year, including three in the last four rounds.

Joining Tänak and Latvala in the line-up for 2019 will be Kris Meeke. The Northern Irishman is recognised as one of the quickest drivers in the WRC, claiming five rally wins since 2015. Meeke, whose co-driver will be confirmed at a later date, will join TOYOTA GAZOO Racing World Rally Team to form a fast and experienced driver line-up.

Esapekka Lappi and co-driver Janne Ferm will leave the team following the conclusion of the 2018 season. The pair made their debut in the top category of the WRC with Toyota on Rally Portugal last year, and soon scored their maiden victory at Rally Finland. This season they have taken three podium finishes so far, contributing to the team’s current position in the lead of the manufacturers’ championship. TOYOTA GAZOO Racing World Rally Team would like to thank Esapekka and Janne for their hard work.

Quotes:
Akio Toyoda (Team Chairman)
“To Esapekka Lappi and Janne Ferm: Thank you for battling together with us as part of our team over the last two years. Your victory at last season’s Rally Finland was outstanding. We were all truly impressed. With your youthful exuberance, Esapekka, you have provided the team with immense motivation. At this year’s Rally Finland, I was able to witness first-hand how much you value your fans, and how much you are loved by them. I am full of gratitude to you for strengthening TOYOTA GAZOO Racing’s bond with its supporters.

Co-driver Janne, you were always joking, lightening the mood, and energizing our team. If I hear hearty laughter coming from a rival team’s tent at WRC rallies next year, it will be reassuring to know that both you and Esapekka-our former partners-are flourishing.

I have no doubt that next season Esapekka and Janne will again make us stronger-this time as our rivals. It excites me to think that we will once again have an opportunity to energize the WRC together. Until then, however, let us make sure we fight for this year’s championship to the very end! TOYOTA GAZOO Racing will continue with its efforts to create ever-better cars so that, until the very last stage of the very last rally, both of you will be able to demonstrate your full potential.

Finally, to Kris Meeke, who will join our team from next season: I have great hopes that with your vast experience you will help make the Yaris WRC even better. When you first step into the Yaris WRC, please let us know what you think. Under the leadership of Team Principal Tommi Mäkinen, we will ensure the Yaris WRC can be driven with even greater peace of mind. I trust you will look forward to the start of next season with great excitement.”

Tommi Mäkinen (Team Principal)
“We are all very excited to have Kris joining us here at TOYOTA GAZOO Racing. We know that he is very fast, but he also brings a lot of experience. His technical understanding is at a really high level and I believe he can provide new knowledge and ideas to help us in our aim to keep making the Yaris WRC better.
I am also very pleased that Jari-Matti will continue to be part of our team. He has done some brilliant work for us and has recently been regularly on the podium again, which has been very important. Together with Ott, who has proven that he is absolutely one of the fastest drivers right now, I think we have a very strong line-up for next year, with three drivers who are all quick, experienced and can win rallies. I believe we will again have a strong team to fight for both the drivers’ and manufacturers’ titles.
Lastly, I am very sorry to see that Esapekka has decided to leave us for a new challenge, but we all wish him the best of luck for the future.”

Kris Meeke
“It’s a huge pleasure and honour for me to become a Toyota driver. I’d like to thank Akio Toyoda, Tommi Mäkinen and the entire Toyota team for their faith in me. Three years ago, we first discussed the possibility of me joining the team, and I’m so happy that it’s finally happened now.
The performance of the Yaris WRC speaks for itself, but the team spirit here is incredible at every level, also with the Japanese culture of honour and respect. I can’t wait to get started. I’ve got no particular objectives other than to enjoy my driving again and help Toyota to win a championship.
The very first championship that I won was actually when I was aged 16 and co-driving for my brother on our local road rally championship. We clinched that title in a Toyota Corolla, so for very many reasons, it feels incredibly good to be here. I can’t think of a better place to be.”