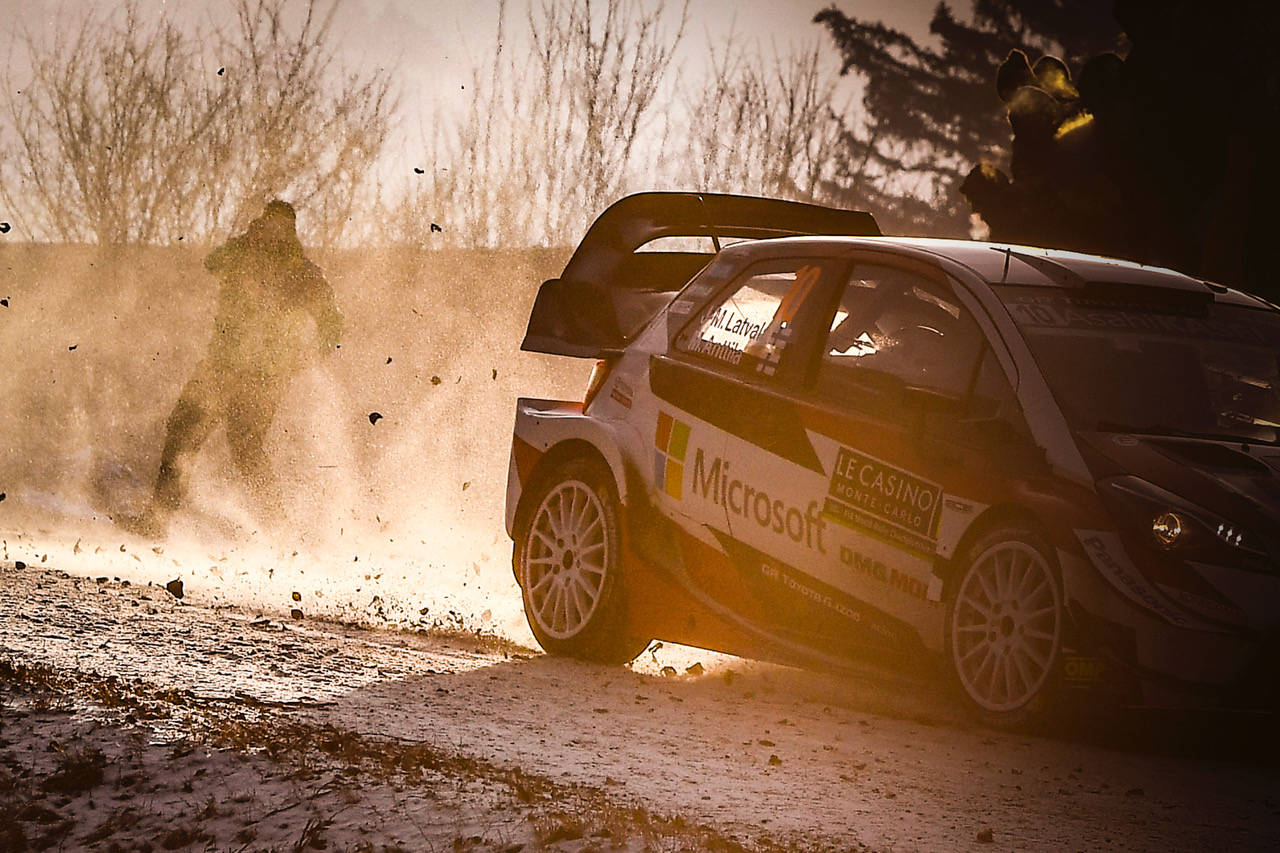 Latvala was also in the fight for a podium place and eventually finished fifth, only 1.7 seconds from fourth. Meeke was sixth after losing several minutes changing flat tyres earlier in the weekend, but he quickly gelled with his new car in his first WRC start for more than eight months. He came second to Tänak on four stages and then won the finale, claiming the maximum five bonus points.

Jari-Matti Latvala (Driver car 10)
“It was a close fight for the whole weekend, but I wasn’t at my best, I must say. I’m disappointed that I couldn’t take fourth place today. But I realise now that I made a mistake in our test and I developed the wrong sort of setup for the rally. Because of that, my car was understeering too much for my driving style, and the confidence wasn’t there to go faster. But we had a clean weekend with no errors and we have scored some good points, which is important to start the season. We know that the car is capable of winning.”

What’s next?
Rally Sweden (February 14-17) is the WRC’s only full winter event, taking place on snow and ice. Metal studs inserted into the tyres punch through the ice to find grip, while drivers use the snow banks to stay on the road by ‘leaning’ through the corners. The rally was the scene of the maiden victory for the Toyota Yaris WRC in 2017, courtesy of Jari-Matti Latvala.