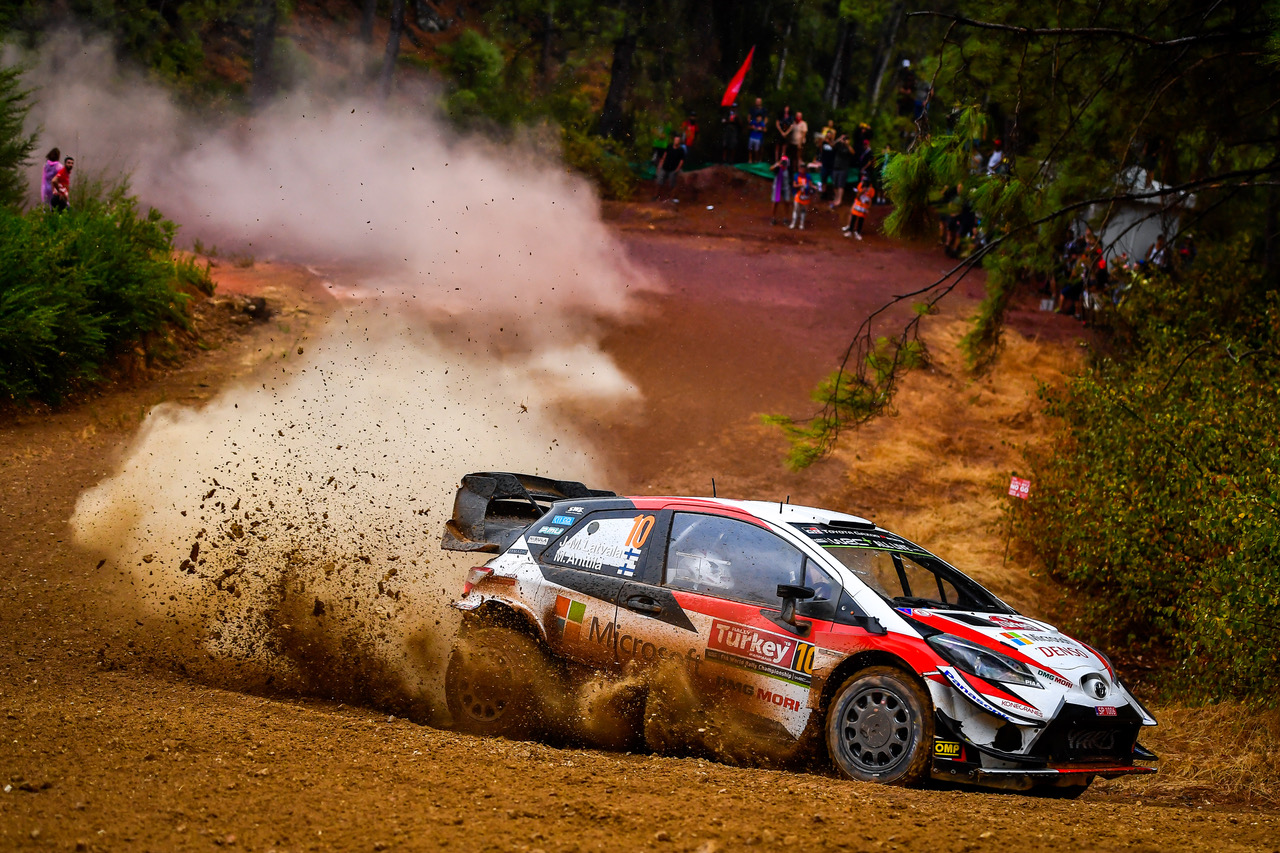 Ott Tänak claimed the Power Stage win in his Toyota Yaris WRC while Jari-Matti Latvala and Kris Meeke secured crucial points for the manufactuers’ championship on the final day of a tough Rally Turkey.

Tänak restarted this morning, after he had to retire from the second leg of the rally on Saturday. His focus was on claiming the full five bonus points on offer in the Power Stage, even taking no spare tyres for the final loop of four stages to keep weight to a minimum. Even though he was running first of the World Rally Cars, Tänak achieved the fastest time by 2.6 seconds. It means he leads the drivers’ standings by 17 points with three rallies to go.

For Latvala and Meeke, the final day was mostly about consolidating their positions in sixth and seventh respectively, having slipped back in heavy rain on Friday afternoon and suffered from their subsequent road positions on Saturday. Their results ensure TOYOTA GAZOO Racing World Rally Team are within 19 points of the lead of the manufacturers’ championship.

“I tried to keep a good rhythm today and enjoy the driving, and the stages were nice today, much better conditions and not so rocky and rough. We came here expecting that we would have more performance than last year, but it seems that all the teams have made some steps forward. We also did some work but we were struggling in the hard, rocky conditions and were using our tyres too much. This is something we have to learn for the future, but I know that the next rally in Wales will suit us a lot better.”

Rally GB (October 3-6) takes place on gravel roads in the forests of Wales, which in dry conditions can be driven at fairly high speeds. In autumn the pace is often tempered by mud, which can make the surfaces treacherously slippery. Fog and even ice can add to the challenge, particularly early in the morning or late in the evening.