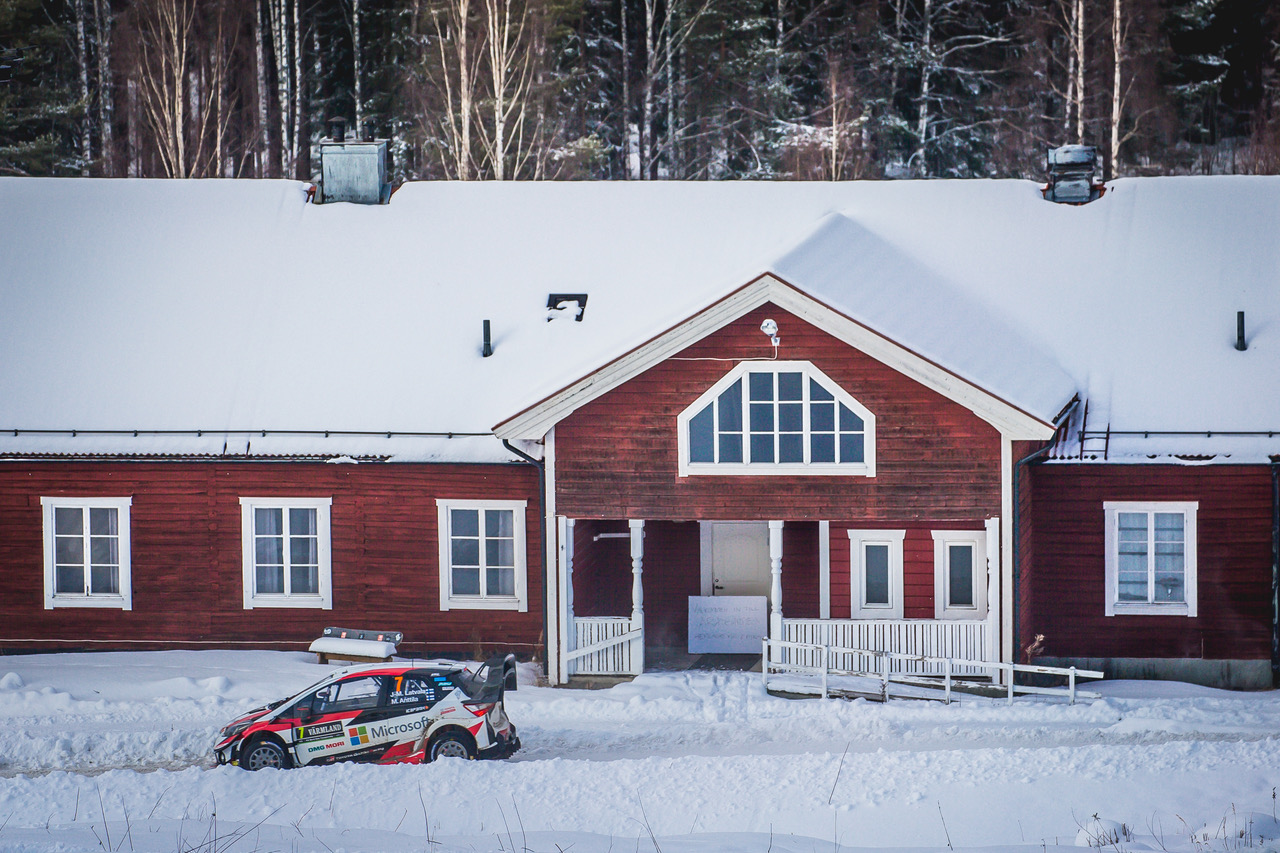 A challenging Rally Sweden ended on a high note for the TOYOTA GAZOO Racing World Rally Team with three stage wins out of three on the final day. This included victory in the Power Stage for Esapekka Lappi, who also gained two places in the overall classification to finish fourth.

An unfavourable position in the running order had prevented the team from showing the true performance of the Toyota Yaris WRC for the entire duration of the rally, but a total of eight stage wins showed the potential of the package. In his second rally with the team, Ott Tänak achieved six of these fastest times, including on the first stage of the final day. There, Esapekka Lappi and Jari-Matti Latvala gave Toyota its second one-two-three stage result of the rally, with Lappi gaining a place overall to move up to fifth. He then won the second pass of the Likenäs stage before triumphing in the Torsby Power Stage, enough to gain fourth by 8.6 seconds. Latvala completed the rally in seventh place with Tänak ninth. The Estonian driver also scored the final Power Stage point in fifth.

Jari-Matti Latvala (Driver car 7)
“It has been a very hard weekend for me. We just lost so much time on the first day with our high starting position in the fresh snow and the heavy ruts. We changed the transmission for the final day and this improved the feeling compared to yesterday. The team did a very good job and the car was handling very well. It is both quick and reliable and that is important.”

What’s next?
Rally Mexico (March 8-11) is the first gravel event of the season, known in particular for ambient temperatures in the region of 30°C and a route that peaks at 2,737m above sea level, starving engines of air and cutting power by as much as 20 per cent.