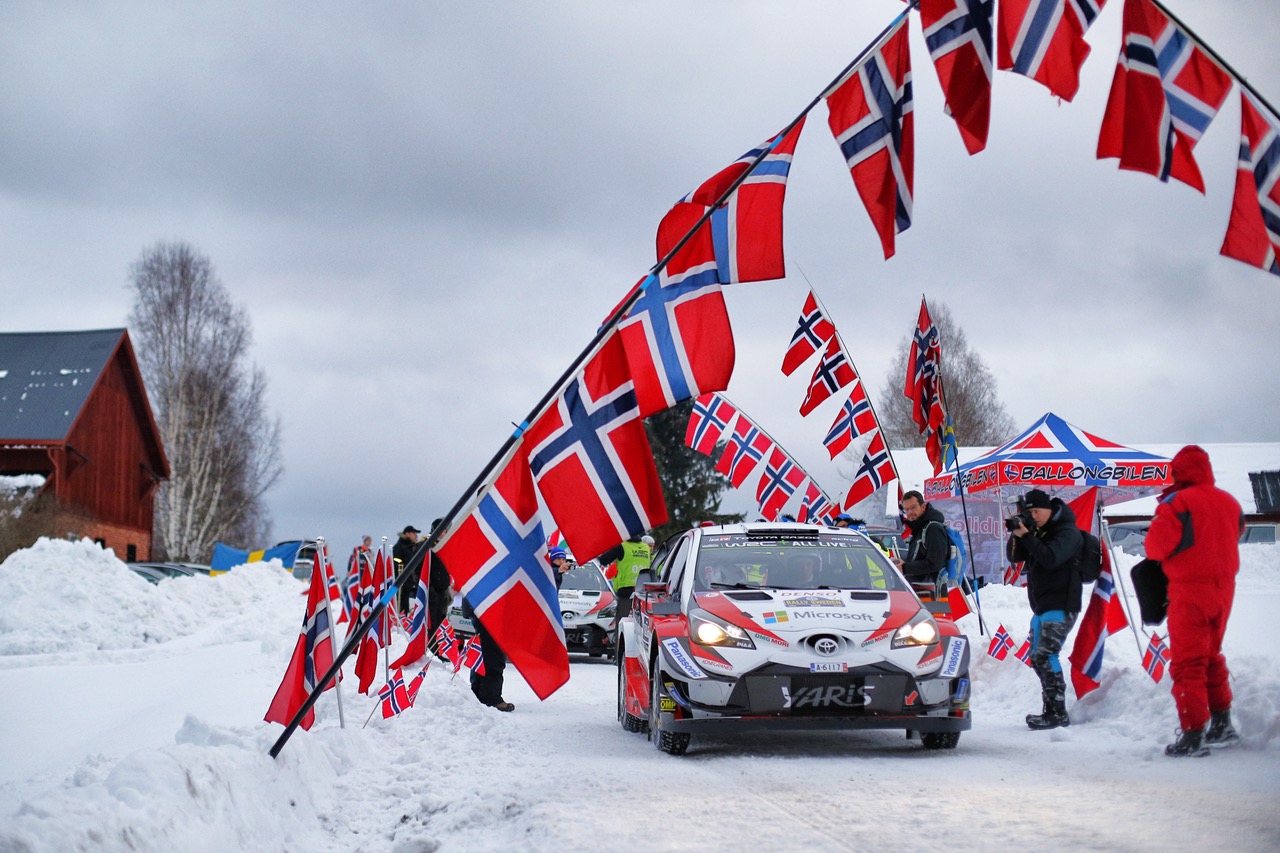 The TOYOTA GAZOO Racing World Rally Team heads to Rally Sweden (February 15-18) for the second round of the 2018 season with ambitions of a strong result on the snow and ice spectacular. The team already enjoyed a great start to the year with a double podium on last month’s Rallye Monte-Carlo and now moves on to the scene of the Toyota Yaris WRC’s maiden victory last year in the hands of Jari-Matti Latvala, with the clear aim of repeating that success.

A founding round of the world championship in 1973, Rally Sweden is the only full winter rally on the calendar. Metal studs inserted into the tyres punch through the ice to find grip, while drivers use the snow banks to stay on the road by ‘leaning’ through the corners: provided there is enough snow to do it. Full winter conditions are expected this year.

A superspecial kicks off the action in Karlstad in Thursday night before much of Friday’s action takes place over the border in Norway. Saturday features classic Swedish stage names such as Hagfors and Vargasen, followed by a repeat of the Karlstad and a ‘sprint’ near the service park in Torsby. It’s there where the rally will end with the Power Stage on Sunday, after two runs of the Likenas test.

Jari-Matti Latvala (Driver car 7)
“Sweden is one of my favourite rallies and actually the place where I took my first WRC victory 10 years ago – although it really doesn’t feel like so long ago! Compared to last year I think we have a better car: we concentrated on improving it on the slower and more technical sections during our test, and we definitely made a step forward in this area. Having said that, the competition is even tougher this year: within our own team as well. It’s going to be a really nice challenge in proper winter conditions and that of course helps me raise my own game; I’m confident we can fight for the win again. This weekend I’m also taking part in a local rally on snow in Finland with Juho Hänninen in my historic Toyota Celica, so this will be a lot of fun and the perfect way to prepare.”

What happened last year?
Last year’s Rally Sweden marked the first win for Toyota following a 17-year absence from the top step of the podium, courtesy of Jari-Matti Latvala: his 17th win and Toyota’s 44th. A total of 32 cars made it to the finish from 41 starters. The fastest stage (SS9) was run at a remarkable average of 137.81kph, while the slowest stage was the Karlstad super special at 72.69kph. Ott Tänak, now a Toyota driver, finished second.