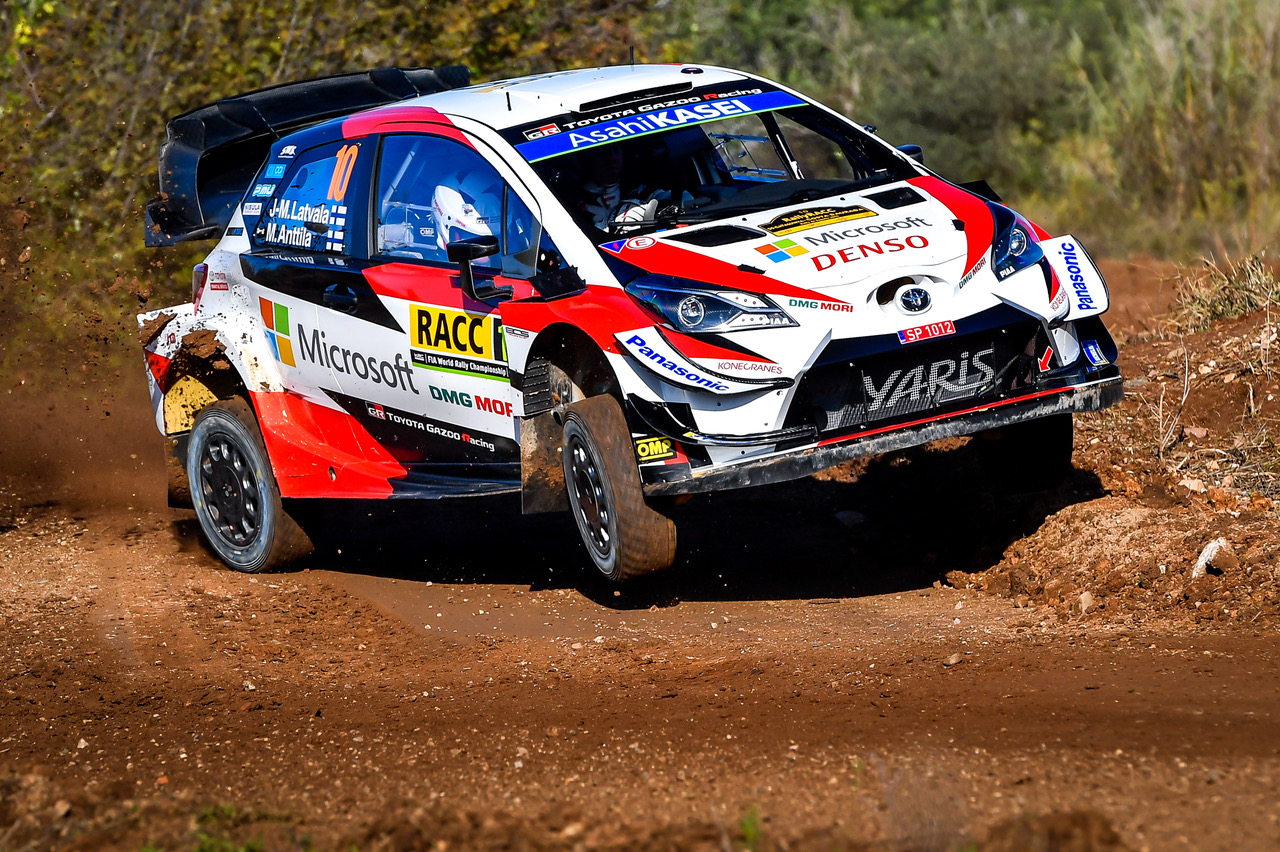 The TOYOTA GAZOO Racing World Rally Team is in contention for the top places on Rally de España at the end of a demanding opening day over gravel. Kris Meeke is fourth, Ott Tänak is fifth and Jari-Matti Latvala is sixth with two days on asphalt still to come in the season’s only true mixed-surface event.

Running first on the road as championship leader, Tänak had a consistent and strong start to the rally to end the morning loop of stages in third overall. His road position put him at more of a disadvantage in the afternoon, with the mostly gravel roads now increasingly dried out after heavy rainfall in the Catalunya region earlier in the week.

Meeke also started the day well, and although he fell back to sixth at the start of the afternoon, he fought back to fourth with the second-best time on the second pass of La Fatarella-Vilalba, the longest stage of the rally at 38.85 kilometres. He is only 13 seconds from the leader and 5.4s from third place. Tänak is 8.7s further away and still with a strong possibility of securing his maiden drivers’ title on Sunday. Eighth after the morning loop, Latvala enjoyed a very strong afternoon to sit sixth overnight, 8.4s behind Tänak.

“This day on gravel was not as simple as last year. After the rain earlier in the week, the grip level was much lower, and it was more difficult this morning. Then in the afternoon, the grip was pretty consistent, but there were many ruts. I wasn’t confident enough this morning, but we made some changes with the suspension in service, and I fought back in the afternoon. I feel a lot more relaxed and confident now and I’m looking forward to the next two days on asphalt.”

The Toyota Yaris WRCs are converted into asphalt specification during an extended 75-minute service this evening. Tomorrow, the crews will tackle a loop of three stages to the north east, repeating them after mid-day service. A short stage on the Salou seafront rounds out the day.

Miikka Anttila (Co-driver car 10): “The second and third stages of the loop have a very similar character, as they’re both pretty fast and not so much like the mountain roads. The latter one does become a bit slower and more narrow towards the end. When they’re dry and clean, which I think they will be, they’re pretty good fun.”