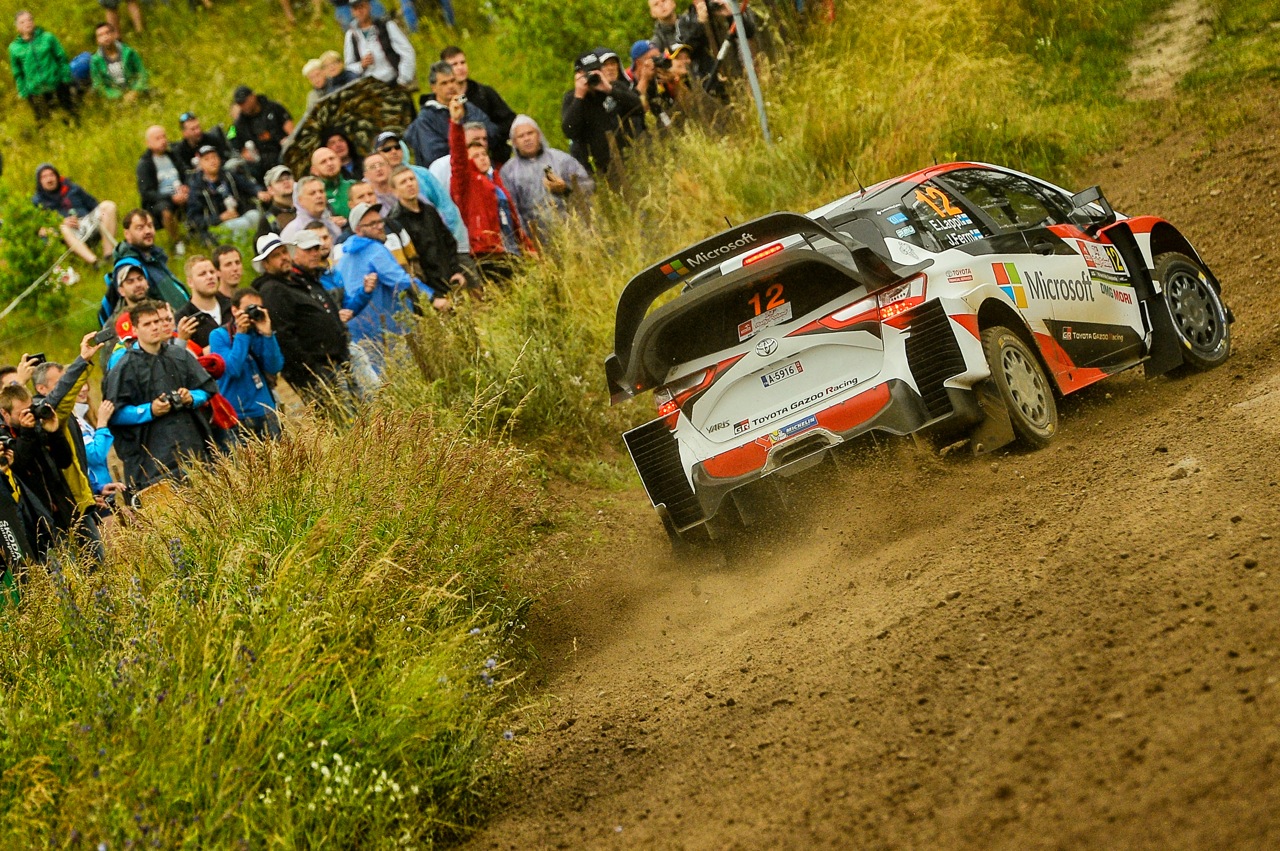 Rally Poland started with varied weather conditions that could hold a clue about what is to come over the next three days. Shakedown was held in largely muddy conditions, while torrential rain meant that the ceremonial start was cancelled. However, conditions later dried up sufficiently for the super special stage to go ahead this evening.

The side-by-side 2.5-kilometre stage was made damp and slippery by the earlier rain, which meant that all three Toyota Yaris WRC drivers exercised extreme caution. Jari-Matti Latvala ends the day holding fourth overall, ahead of team mates Esapekka Lappi in sixth and Juho Hänninen in 34th, who received a 10-second penalty for a jump start. Lappi had a minor engine problem on the stage that did not affect his speed, and he could return to parc ferme safely.

“The muddy conditions in the shakedown meant that the grip levels were really inconsistent: you had some really muddy places with no grip and other places that were more sandy and offered quite a lot of grip. Our work was entirely focussed on engine preparation for these fast stages: we completed everything that we planned to do, so we’re very happy. With the heavy rain, the super special stage surface was extremely slippery, which meant our drivers had to be careful. You can’t win a rally on a super special stage, but it’s easy to have a problem. We think we know what the issue was with Esapekka’s car, and we’ll try and fix it in service tomorrow before he starts the stages.”

“The car felt good in the shakedown but it wasn’t particularly easy to get the right feeling because of the mixed conditions. I’m happy with the times and where we are at overall. But it’s very early days. I made a small mistake on the start of the super special stage, but we have a good feeling with the car, we’re in a solid position overnight and we’ll see how the weather is tomorrow. It’s all looking good so far.”