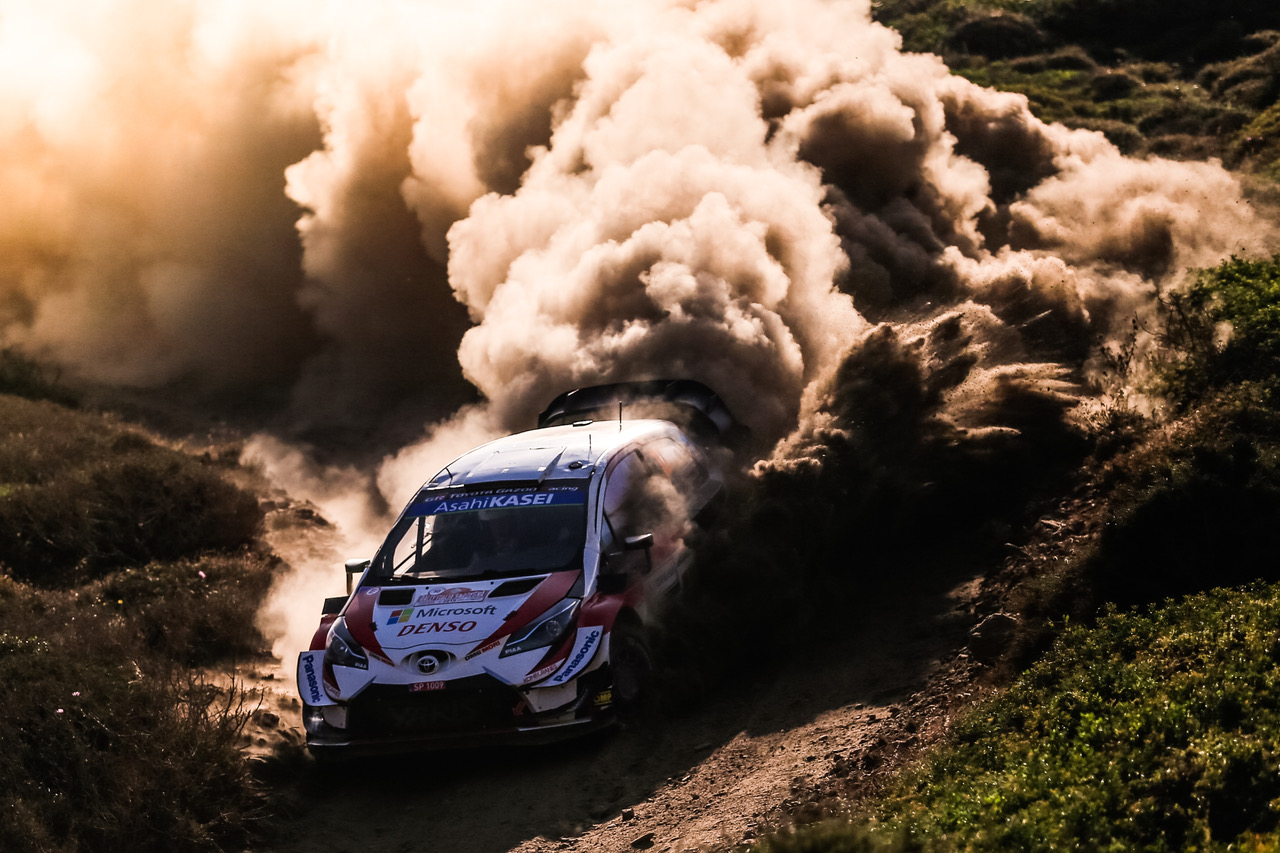 After a very strong performance throughout the weekend, TOYOTA GAZOO Racing World Rally Team driver Ott Tänak was on course for his third straight victory on Rally Italia Sardegna when he was slowed in the very last stage by a steering issue. He ultimately finished in fifth position overall and ahead of his championship rivals on the gruelling gravel event, moving into the lead of the standings.

Tänak, his co-driver Martin Järveoja and the Toyota Yaris WRC had won every stage on Saturday as they moved into the rally lead and built a 25.9-second advantage that they took into Sunday’s final four stages. He maintained that advantage through the opening three stages before the steering problem on the rally-ending Power Stage, causing him to lose over two minutes.

Delayed by having to change a wheel on Saturday’s final test, Kris Meeke ended the rally in eighth position overall. Jari-Matti Latvala, who restarted yesterday following a retirement on the opening day, finished fourth in the Power Stage. Juho Hänninen, driving a fourth Yaris WRC entered privately by Tommi Mäkinen Racing, continued to gather useful testing data in the opening three stages before returning to service.

“Today was one of the hardest moments for our team. Throughout the weekend, the car had shown such great performance and reliability. And then suddenly something happened in the final stage. Of course, we are investigating what caused the problem. It is a big disappointment for everybody, and especially difficult for Ott and Martin. They are leading the championship now but it would have been much better to go into the summer break having won each of the last three rallies. It will be a difficult feeling for the next few days, but I am sure that we can bounce back from this.”

“Today the target for me was to score some points on the Power Stage. I wanted to get into a nice rhythm this morning and keep the speed up. Then, on the third stage, I was just saving the tyres. The Power Stage was always going to be hard with our road position, and I struggled a bit in the ruts, but we had a decent run and we were able to take some points away. Overall it has been a tough weekend for me after the positive start. It’s not been the rally that we were hoping for. But we need to look forward and keep fighting.”

There is a seven-week gap before Rally Finland on August 1-4. The event is the fastest rally on the calendar, run over smooth gravel roads containing many jumps. TOYOTA GAZOO Racing World Rally Team, which has its headquarters close to the service park in Jyväskylä, has won its ‘home’ rally in both 2017 and 2018.