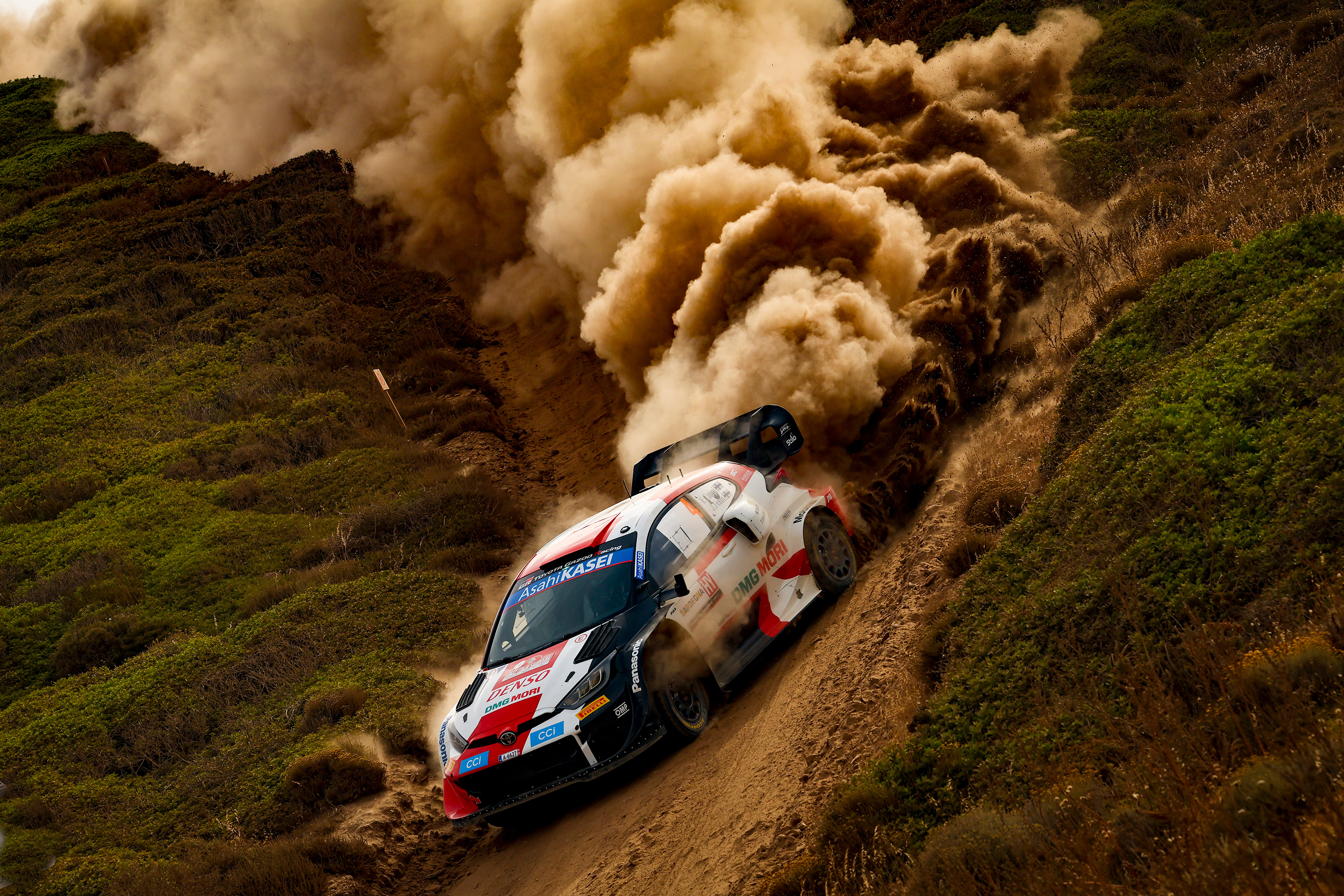 Ambient temperatures in excess of 35 degrees centigrade combined with rough and rocky roads to make the island event the toughest challenge yet for the new generation of hybrid Rally1 cars introduced this season. The GR YARIS Rally1 generally ran reliably and fast in the demanding conditions but a couple of small incidents prevented the car from continuing its winning streak for a fourth consecutive rally.

Both Elfyn Evans and Esapekka Lappi showed speed and confidence to win stages and take turns in the overall lead, only for significant impacts with the harsh terrain to cause damage that sadly took them out of contention for a top result.

As well as gaining valuable lessons for the continued development of the GR YARIS Rally1, the team leaves on a positive note thanks to Rovanperä’s fifth place. Running first on the road and sweeping the loose gravel roads as series leader hampered Rovanperä more than on the previous round in Portugal, but the young Finn maintained his trademark cool and delivered another mature performance to stay out of trouble and pick up places as others hit problems. As well as finishing fifth overall he also set the second-fastest time in the rally-ending Power Stage, earning four bonus points to increase his championship lead from 46 to 55 points.

Running under restart rules, Evans and Lappi were just behind Rovanperä in the Power Stage results in third and fourth, with Takamoto Katsuta making it four GR YARIS Rally1 cars in the top five in his TGR WRT Next Generation entry. Those results ensure TGR still leads the manufacturers’ championship by 39 points.

Katsuta finished one place behind Rovanperä in the overall standings in sixth: his fifth top-eight finish from as many events in the Rally1 car.

What’s next?
The legendary Safari Rally Kenya (June 23-26) returned to the WRC calendar in 2021 after almost 20 years. Even in its modern guise, the only African round of the championship provides gruelling conditions on rough and rocky roads as well as high speeds across open plains.