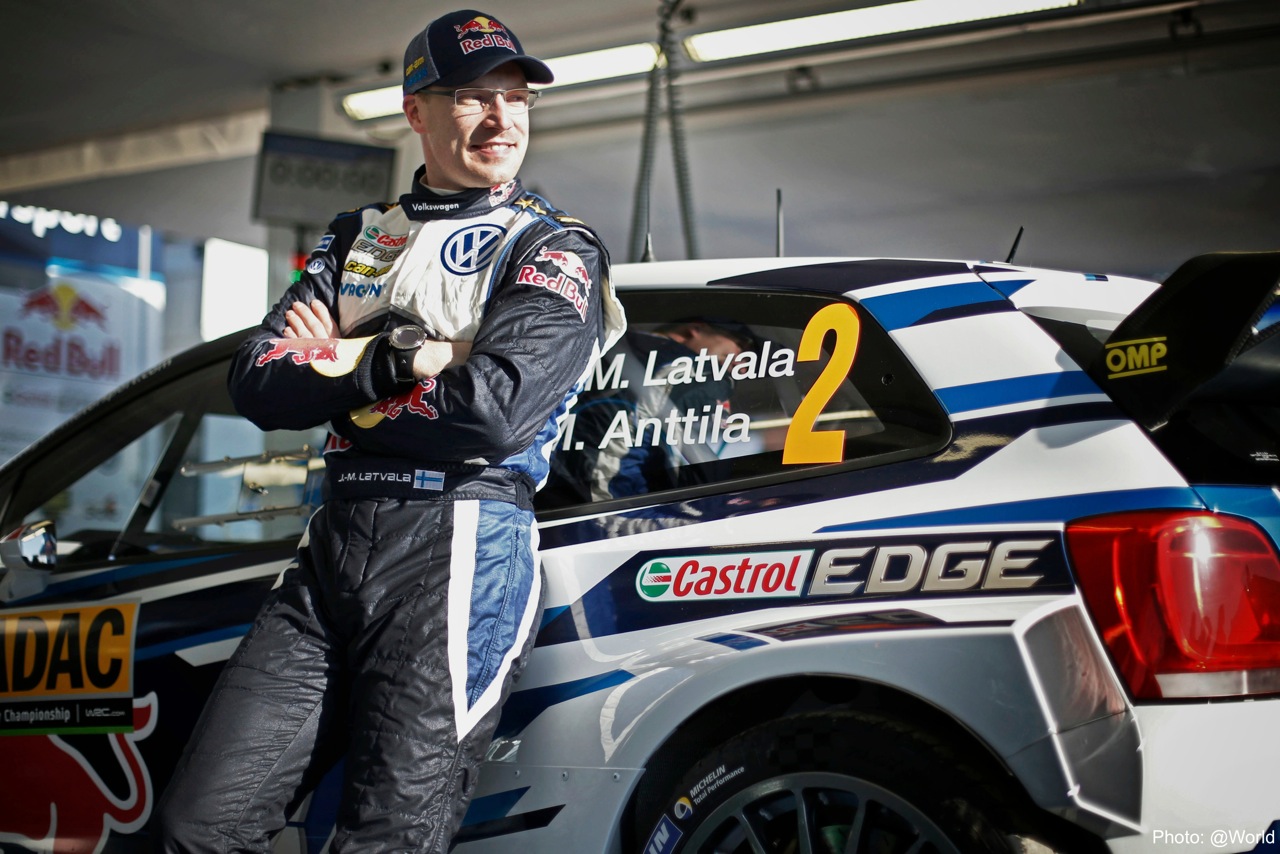 Fastest at an average speed of 115.84 km/h in their Polo R WRC: Latvala/Anttila

First for the season: Rally Germany represents first all-asphalt rally of the year

Wolfsburg (20 August 2015). Through the vineyards around Trier at rally speed: Volkswagen enjoyed a perfect final preparation for the Rally Germany, clocking the fastest times in the Shakedown ahead of its home rally. In “Free Practice” for the ninth round of the FIA World Rally Championship (WRC), Jari-Matti Latvala/Miikka Anttila (FIN/FIN), at the wheel of the Polo R WRC, were the fastest pair on the “Konz” stage – recording an average speed of 115.84 km/h. Their Volkswagen team-mates Andreas Mikkelsen/Ola Fløene (N/N) and Sébastien Ogier/Julien Ingrassia (F/F) also successfully made the switch from gravel to asphalt mode, ending the Shakedown in second and fourth place respectively.

The Rally Germany is the home event for the Polo R WRC and, of all things, is the only WRC rally that the 318-hp World Rally Car is yet to win. The three driver/co-driver pairings now go into the weekend determined to complete the CV of the most successful car in the history of the World Rally Championship. The Porta Nigra in Trier will provide the backdrop to the ceremonial start on Thursday evening, before the 21 special stages, featuring 374.43 kilometres against the clock, are scheduled for Friday, Saturday and Sunday. The Rally Germany is the first genuine asphalt rally of the year and, after six gravel events, represents a dramatic change in the characteristics of the route.

“We had a good Shakedown. It was particularly important to find the right set-up for the dampers – and we managed that. We must now focus on the key factors at this rally: braking and accelerating out of corners. At the same time, there is not a very big margin for error at the Rally Germany. One little mistake can soon mean the end here. It would be great to finally get on the podium here this year. That has to be our goal for the weekend.”

“We proved in 2013 and 2014 that Volkswagen is fast and reliable at its home event in Germany – the only things that did not reflect that were the results. Unfortunately Lady Luck has deserted us here for the last two years. But we are now hoping it will be third time lucky. As at every round of the World Championship, we will be leaving nothing to chance. The Shakedown times show that the Polo R WRC is also fast on asphalt. These times do not ultimately mean an awful lot, but they do give us confidence going into the next three days, during which we will be more focussed than ever on successfully achieving our goal of winning our home rally.”