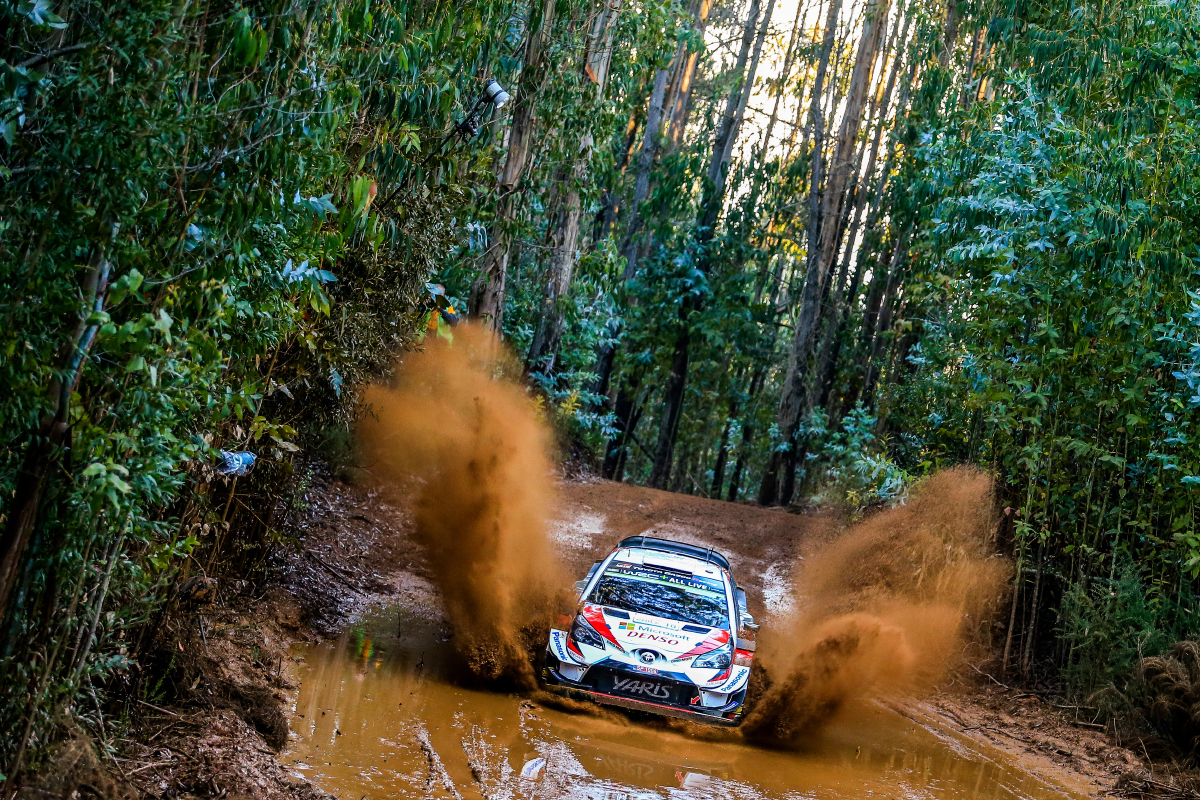 The Toyota Yaris WRC has led the standings throughout a demanding opening day of the first ever Rally Chile. Ott Tänak has an advantage of 22.4 seconds after winning three of the event’s first six stages, with team-mates Jari-Matti Latvala and Kris Meeke occupying third and fifth positions respectively overnight.

Most of the opening day took place in forests to the south of the host city Concepción, with a loop of three gravel stages in the morning. Two of those tests were repeated in the afternoon, before a street stage in Concepción itself to round out the day. As the first day of an all-new rally, it tested the fresh pace-notes made by the crews during the recce, as well as car setups that were established without the benefit of a pre-event test in Chile.

Meeke and Latvala claimed a joint lead on the opening stage, before Tänak moved ahead by winning SS2. Tänak was later fastest on both forest stages during the afternoon as he increased his lead. In slippery road conditions, Latvala and Meeke ended the morning in fourth and fifth respectively, but Latvala later gained third place and ended the day just 6.4s away from second position.

Quotes:
Tommi Mäkinen (Team Principal)
“In general it has been a brilliant first day for us here in Chile. The car has been working really well: after the morning loop, we made some setup changes for the afternoon and that really seemed to help. Ott especially changed a lot on his car and he was really flying in the afternoon: he seemed to be really happy with the feeling. Everything is looking good heading into tomorrow. It looks like the stages tomorrow will be a bit faster and the grip could be more consistent, so the drivers can perhaps enjoy it even more.”

Jari-Matti Latvala (Driver car 10)
“I’ve really enjoyed the first day of Rally Chile. The morning started well, and then the second stage was really difficult: the wide roads were a bit like in Finland, but the grip was nothing like as good. In SS3 we got back into the rhythm, the feeling was good, and it was going really well this afternoon. I did have a spin towards the end of SS5, and I was very annoyed with myself for that. Tomorrow’s stages are more flowing and wider. I’m looking forward to them, and I’ll try and keep up the speed that we had this afternoon”

What’s next?
Saturday consists of two loops of three stages closer to the city of Concepción, split by a mid-day service. The day is characterised by faster and wider roads than on Friday, totalling 121.16 kilometres.

Key stage: Rio Lia (SS7 & SS10, 20.90 kilometres)
Seb Marshall (Co-driver car 5): “The first stage of the loop on Saturday, it’s a bit like the long stage on Friday in that it’s very technical, but it’s faster. It’s all third and fourth gear corners, all linking together. That just makes it a beautiful stage to get into a rhythm on, for both the driver and the co-driver. It follows the path of a river, so that’s why it has that natural flow to it.”