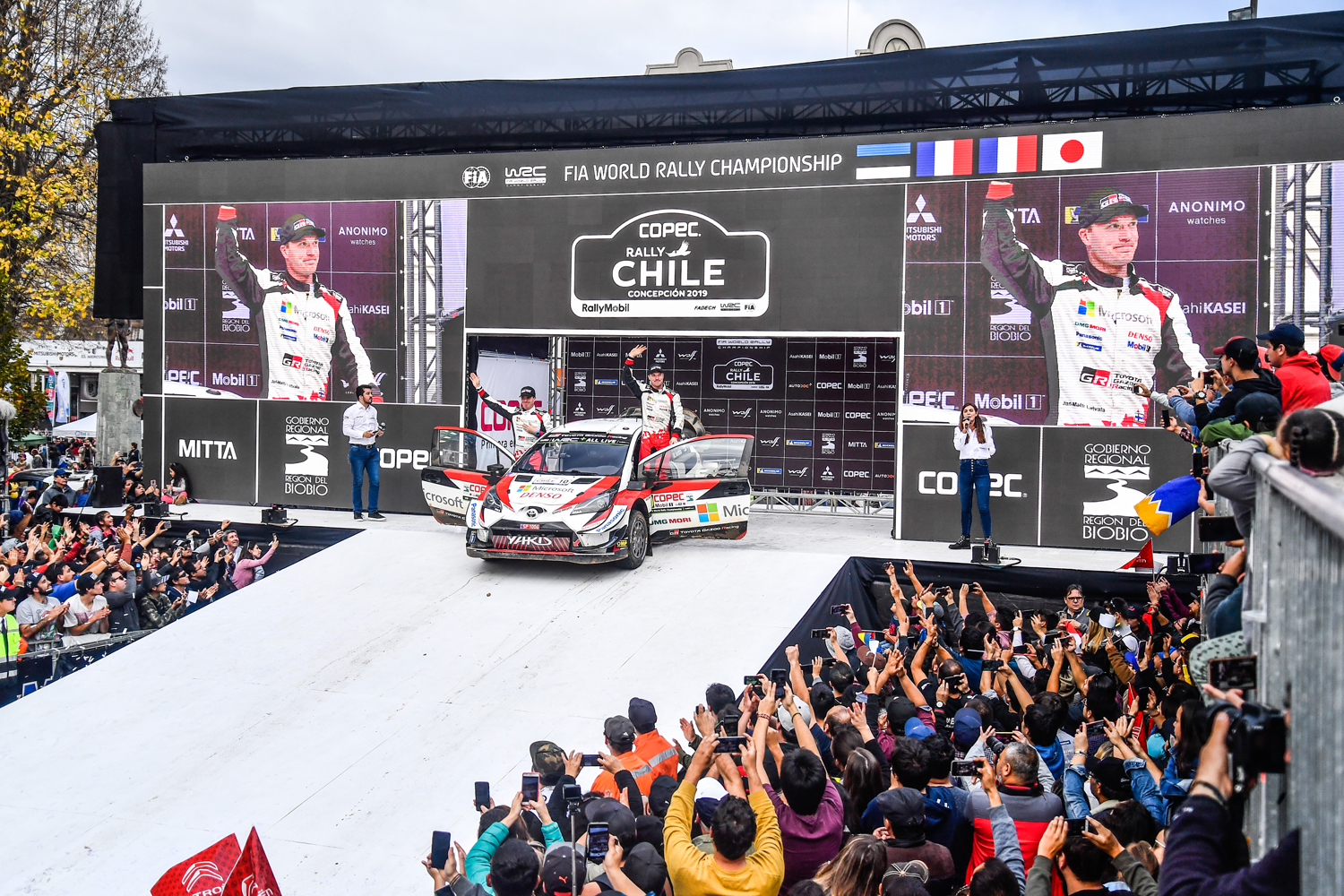 Ott Tänak and the TOYOTA GAZOO Racing World Rally Team clinched their second victories of the season at the first ever running of Rally Chile. Tänak completed a brilliant performance in a demanding event with the fastest time on the rally-ending Power Stage, gaining extra points to climb up to second in the drivers’ championship, only 10 points away from the leader.

Having led the rally since the second stage on Friday morning, Tänak took a lead of half a minute into the final day, but with the two drivers behind him pushing hard in their own battle, he couldn’t relax completely through the opening three tests. He was then 1.3 seconds faster than anyone else in the Power Stage as he and co-driver Martin Järveoja clinched overall victory by 23.1 seconds.

Team-mates Jari-Matti Latvala and Kris Meeke also performed well in the Power Stage, setting the third and fifth best times respectively. Meeke moved from 10th to eighth position overall on the final day, but was classified 10th after receiving a one-minute time penalty because the crew removed their smashed windscreen in the control area before SS8 on Saturday. Latvala just missed out on overall points in 11th. The team remains second in the manufacturers’ championship, reducing the gap to the lead to 29 points.

Jari-Matti Latvala (Driver car 10)
“After the mistake last evening, we needed to look forward and see what we can take from the final day and the Power Stage. I had a good feeling on the first run over the stage and we were second quickest. After that we relaxed over the next two stages and saved our tyres for the Power Stage, where we had a very good run. I think it was cleaning and drying out a little bit behind us and in that sense I’m really happy to be third quickest. It’s been a hard event but the most important thing is that the car is performing really well and I was able to be on the pace.”

What’s next?
The WRC returns to Europe for Rally Portugal (May 30-June 2). Based in Matosinhos near Porto in the north of the country, the event features classic stages on sandy and rocky roads. Grip can be difficult to find on the soft roads during the first pass through the stages, while rocks can be exposed and deep ruts can form during the second pass.