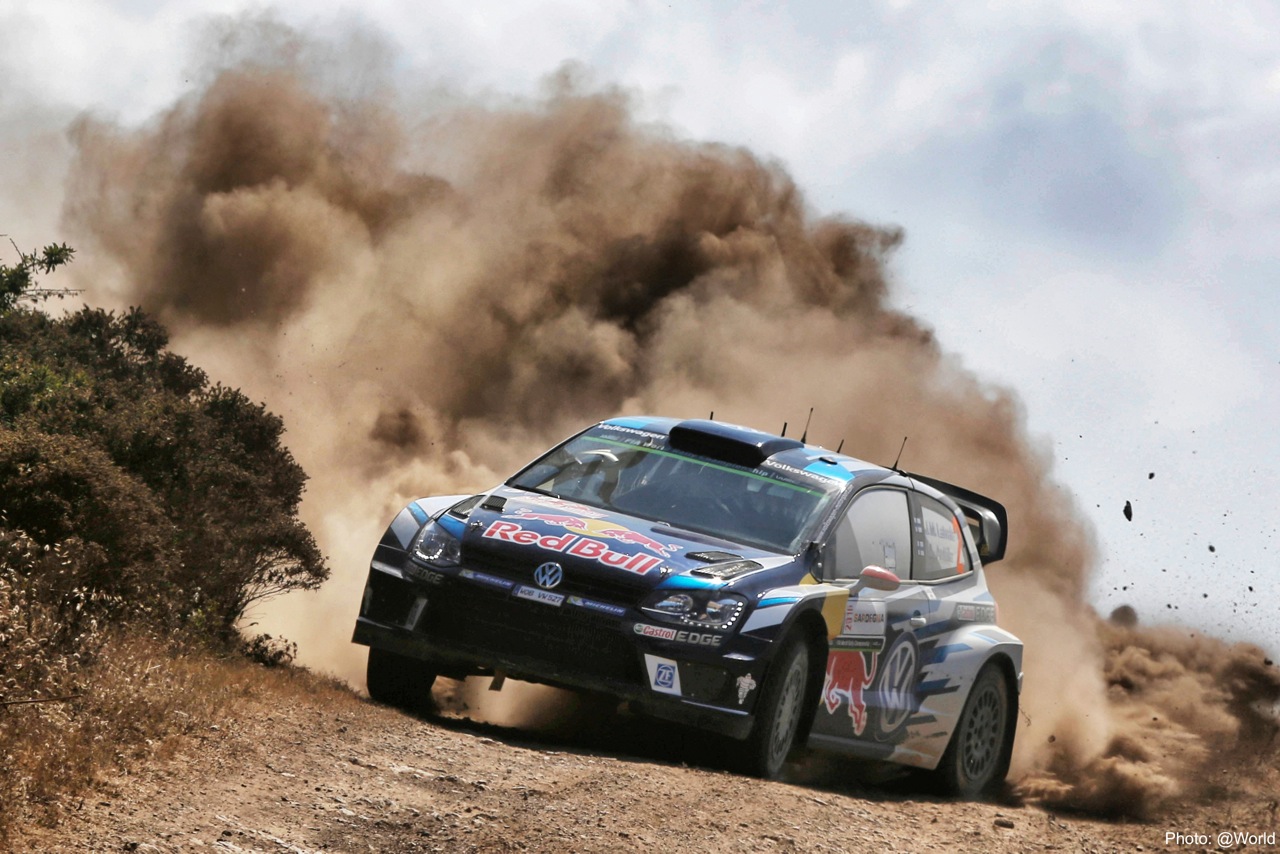 Volkswagen piles on the pressure – Second, third and fourth for Latvala, Ogier and Mikkelsen

The lead has so far changed hands six times over the course of nine stages, as the Rally Italy started with an enthralling battle between Volkswagen and Hyundai. The constant changes at the top of the overall standings ensured that fans were kept on tenterhooks on Friday, particularly by the duel between Latvala and Neuville. Despite the disadvantage of having to open the route, due to their top positions in the FIA World Rally Championship (WRC), Jari-Matti Latvala/Miikka Anttila (FIN/FIN), Sébastien Ogier/Julien Ingrassia (F/F) and Andreas Mikkelsen/Anders Jæger (N/N) are second, third and fourth going into the weekend. A brave tyre selection on the morning’s four stages, an excellent pacing of the race and a determined team performance were instrumental in achieving these fine positions at the end of day one.

The decision to start the morning with predominantly soft tyres was the right one for Ogier and Mikkelsen, who, as the first two cars onto the stages, struggled with a lot of loose gravel and little grip. Latvala opted for a mixture of the hard and soft Michelin tyres, which proved to be an excellent decision, given his starting position of sixth. Latvala/Anttila trail leaders Thierry Neuville/Nicolas Gilsoul (B/B, Hyundai) by just 11.1 seconds after 104.86 of 324.60 kilometres against the clock. As such, they are well placed to push for their second win of the season.

The day consisted of four short special stages, each of which was tackled twice. These included “Tergu–Osilo”, which put a lot of strain on the tyres at the end of the day. In this regard, it is the toughest stage of the entire season. The drivers face a particularly long day on Saturday: 177.70 timed kilometres over six stages, including two runs of “Monte Lerno”, which features the infamous Micky’s Jump.

Jari-Matti Latvala, Volkswagen Polo R WRC #2
“The Rally Italy on Sardinia is one of the most difficult events on the rally calendar. You really have to look after the car. Then you have the high temperatures. We did not do a perfect job of looking after the tyres today, which meant we were not able to push right through to the final stage. Despite this, I am happy with the day’s result. We will make a few changes to the Polo R WRC for tomorrow. It will be another tough day for everyone, and I will be trying to close the gap to Thierry Neuville. It is all to play for – including the win.”

Jost Capito, Volkswagen Motorsport Director
“Our drivers had to take a chance and go for an aggressive tyre selection today, in order to compensate for the disadvantage that comes with their starting positions. That paid dividends. Both Sébastien Ogier and Andreas Mikkelsen were able to minimise the amount of time they feared they would lose through having to open the route. They are now in touch with the leaders and are well-placed in the battle for the podium. Jari-Matti Latvala also got a lot out of his day. Second going into day two, he will fight for the win right through to the finish line – that much is certain. All in all, it has been a good day for Volkswagen.”

… football fever. This manifested itself in various ways in the Volkswagen team ahead of the European Championships. On Wednesday evening, the Volkswagen, Hyundai and M-Sport-Ford drivers tried their hand as human table football figures. The Volkswagen works drivers went head to head, with Sébastien Ogier facing Jari-Matti Latvala (goalkeeper) in a penalty shoot-out, with victory going to Finland. Things will be a little more serious after the Rally Italy on Sunday evening, when the Volkswagen team will come together to watch the group-stage match between Germany and Ukraine. World champion Ogier’s tip for the final? France against Germany.