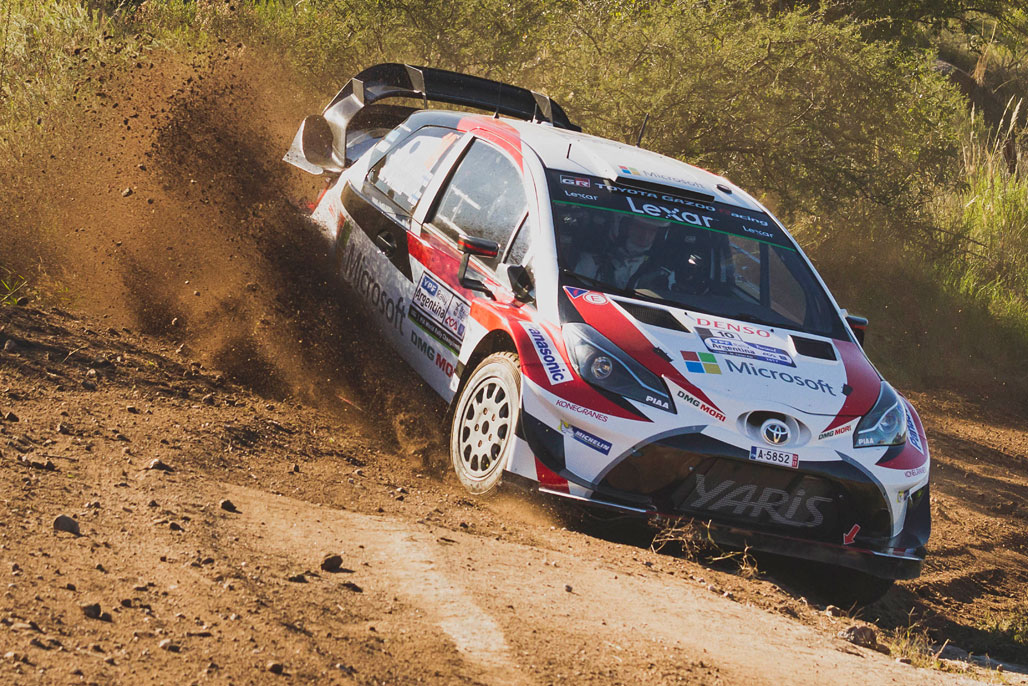 Both Toyota Yaris WRCs have got to the end of a challenging full opening day of Rally Argentina, featuring the roughest stages seen so far this year, which caused a number of high-profile retirements. Nonetheless, Jari-Matti Latvala is sixth overall, while Juho Hänninen is also a points-scoring ninth, despite an earlier power loss. Latvala ran in the top three for most of the leg, until a right rear deflation with just two stages to go cost him nearly half a minute.

The stages were all about survival, with Latvala choosing the perfect compromise between speed and safety to ensure that he got to the end of the day well-placed, despite the potential disadvantage of running close to the front of the field and having to sweep the road clean. He experienced some engine overheating on the first stage of the afternoon, which was quickly solved after consulting with the engineers, but was on course for a provisional podium until stage eight. Hänninen played it safe to ensure a solid finish with both cars, experiencing no issues in the afternoon.

“Like many people said, today was a bit more like the Dakar Rally in Argentina rather than the WRC Rally in Argentina! However, the Yaris WRC showed its strength by getting to the finish of the day with both cars pretty much intact, even though we had a number of small problems, which we can now solve and learn from. On a rally like this you have to be clever, and both drivers have managed the tricky conditions to the best of their abilities, despite some bad luck. It’s especially difficult because the conditions on the recce were very different to how they are now on the rally.”

“I was surprised by how rough it was right from the very first stage: we hit the sump guard hard in about five places, so I knew it was going to be tough. In the afternoon conditions were even rougher, with all the cars having already passed through the stage once, so we raised our car to play safe. This set-up was definitely safer, but I didn’t feel so confident with it. On stage eight we were avoiding a rock, went wide, and put the tyre off the rim. There were about 15 kilometres to go and we drove on the rim to the finish, which is where we lost the time. That was bad luck, but at least we are still here and ready to improve some more over the next challenging two days.”

One of the typical features of Rally Argentina is the number of watersplashes, which vary in depth and complexity. To negotiate them in the best possible way, drivers tend to accelerate just before they hit the watersplash, in order to keep the nose of the car as high as possible and avoid sucking in water. The co-driver also operates a flap to temporarily shut off the air intake. If the nose of the car is too low, then water can still get into the engine: many drivers have been caught out by this in the past.

Saturday is the longest day of the rally with 160 competitive kilometres. These are distributed over two loops of three stages, with service in Villa Carlos Paz between the two loops. The drivers set off from parc ferme at 07:20, returning to service in the evening just after 17:00.