By jmlatvala.com 6 years agoNo Comments
Home  /  WRC  /  Finland  /  Formula 1 in the forest: Volkswagen on course for podium in Finland with Latvala 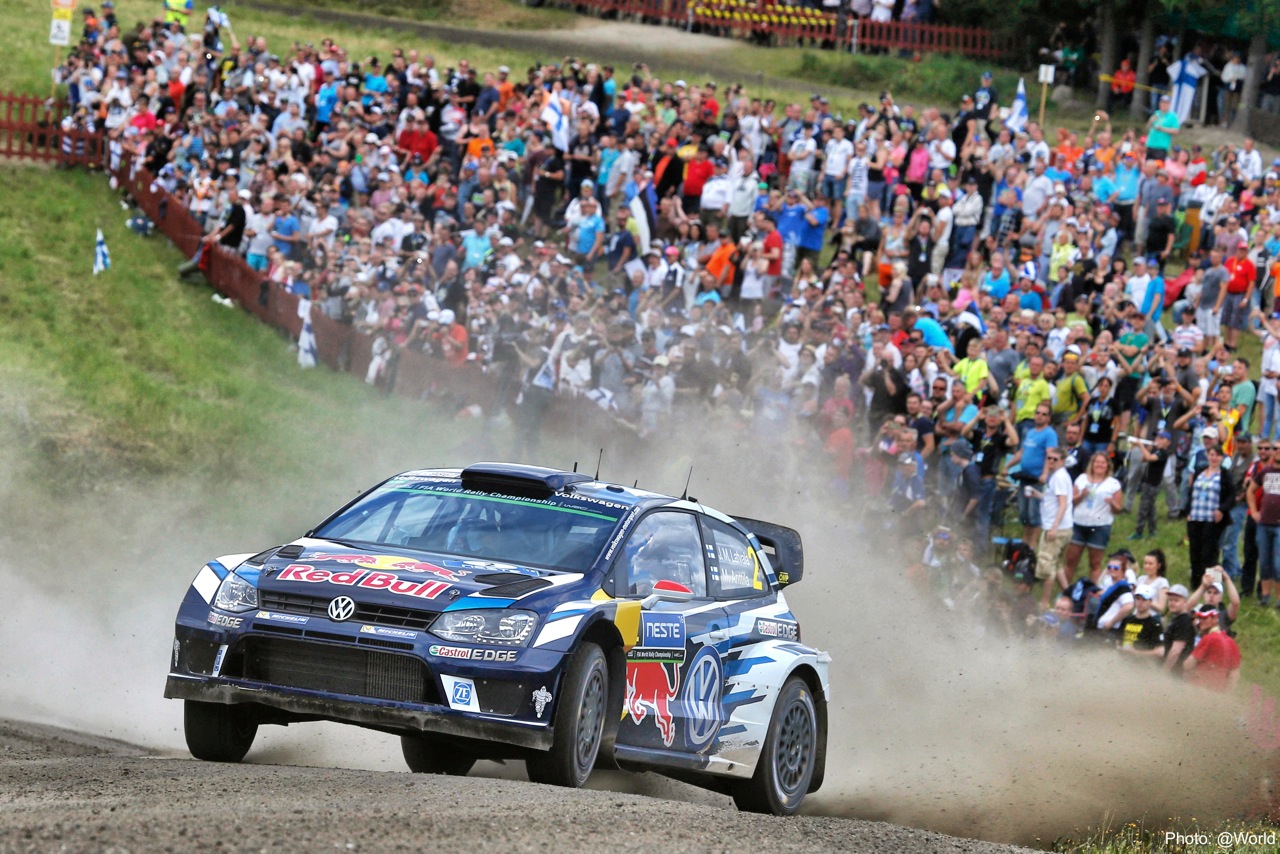 It is proving far from an easy job, but there is no question of giving up: Volkswagen driver Jari-Matti Latvala and co-driver Miikka Anttila (FIN/FIN) kept alive their hopes of a fourth victory at their home rally. The Finnish duo goes into Sunday’s final leg 41 seconds behind leaders Kris Meeke/Paul Nagle (GB/IRL, Citroen). Lady Luck once again deserted Sébastien Ogier/Julien Ingrassia (F/F), who struggled with brake issues in the morning. The necessary repairs resulted in their Polo R WRC arriving too late for the start of the second stage of the day, “Päijiälä”, for which they were handed a time penalty. This also proved to be unfortunate for Andreas Mikkelsen/Anders Jæger (N/N): the new starting order resulted in the Norwegians taking over the dreaded role of “road sweeper” from Ogier – a hindrance that banished any hopes of a top-three result.

After two tiring days, each consisting of about 150 kilometres of special stage, the WRC drivers face something of a sprint finish on Sunday: just 33.96 kilometres are scheduled, spread over four special stages. Under normal circumstances, this should be too little to make up any large deficits without relying on the opposition running into trouble.

“Like yesterday, we had to settle for second best on the day. Kris Meeke produced a very strong performance and also had the better starting position. Put these two things together, and we had no chance. It is not as though we did not try, but after the first running of the Ouninpohja stage it was clear to us that we had to focus on making sure we picked up some valuable points towards the championship. Plus, we also have to think about the Manufacturers’ Championship. I would like to take this opportunity to thank the fans out on the stages for their support. That means an awful lot to Miikka and me, particularly here on home soil. We must all keep our fingers crossed for the Power Stage now.”

“We did not have a particularly good start to the day. Sébastien Ogier immediately struggled with a brakes issue early in the morning. Unfortunately, the necessary repairs then made him late to the next stage. From that point on, Andreas Mikkelsen was forced to open the route, which was no easy task for him. Jari-Matti Latvala secured second place and produced a very strong and flawless display. The important thing for us is to score as many points as possible towards the Manufacturers’ Championship on the final day here in Finland.”

… Olli Määttä. The Finnish ice hockey star, who won this year’s Stanley Cup in the American NHL with his club the Pittsburgh Penguins, popped into his home town of Jyväskylä and supported his compatriot Jari-Matti Latvala out on the route. He had good reason to root for his fellow Finn: the rising star of Finnish ice hockey discovered for himself just how it feels to race through his native forests. He took his place in the co-driver seat of the Polo R WRC during the test in the week before the rally, and was chauffeured by Latvala. “It was a unique experience,” said Määttä. “Jari-Matti has incredible control of the car.”