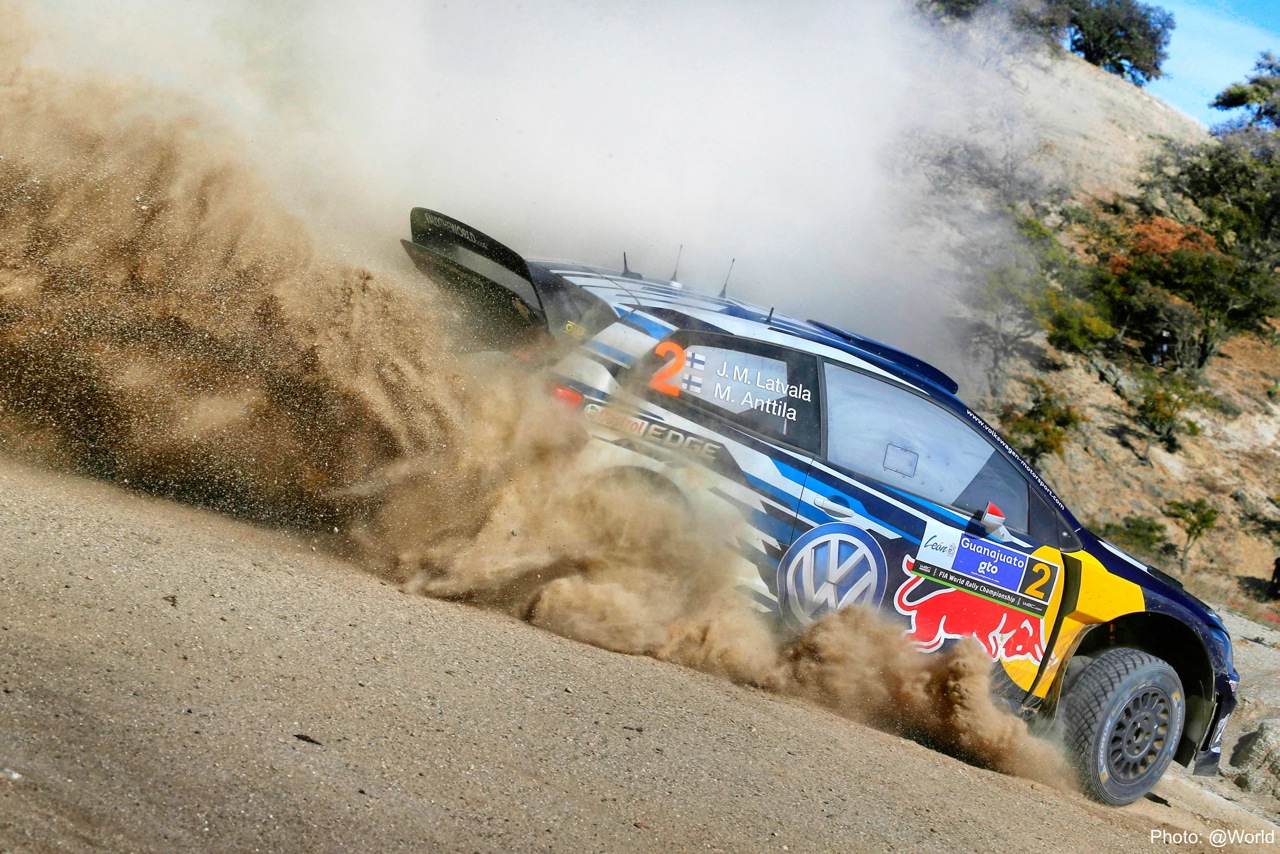 Looking ahead to what promises to be a spine-tingling experience – Volkswagen travels to the Rally Portugal with fond memories of the event. Sébastien Ogier/Julien Ingrassia (F/F), Jari-Matti Latvala/Miikka Anttila (FIN/FIN) and Andreas Mikkelsen/Anders Jæger (N/N) are undefeated since 2013 with the Polo R WRC at round five of the FIA World Rally Championship (WRC), which takes place from 19 to 22 May 2016. Last year, Volkswagen claimed a one-two-three here and finished first, second and third on the Power Stage to become the first manufacturer to score a maximum 122 points. Points aside, the passionate fans in the north of Portugal traditionally provide an extra boost of adrenalin – particularly at the infamous jump on the “Fafe” special stage, which tens of thousands of fans transform into a rally festival each year.

“A one-two-three last year, plus the top three times on the Power Stage – a year ago, we enjoyed the most successful rally to date with the Polo R WRC in Portugal,” said Volkswagen Motorsport Director Jost Capito. “It is not every day you score maximum points in the World Rally Championship – and this season has already shown emphatically just how exciting the rallies are, most recently in Argentina. I am sure that the Rally Portugal will be another round of the WRC with all four manufacturers involved in exciting battles for position. That is no more than the countless passionate fans who make this rally so extraordinary deserve.”

Excitement guaranteed: all the top teams in action at first European gravel race of season

A hard, dry clay surface, topped with loose sand – the drivers face a challenging mix at the Rally Portugal in the region around Porto. The rule of thumb for the state of the route: if it is dry, the later-starting World Rally Cars benefit, because the grip levels increase as the loose sand is swept from the road. In contrast, the early starters stand to benefit if it rains. Either way, the current World Championship standings mean Volkswagen has all bases covered in terms of starting positions. Sébastien Ogier/Julien Ingrassia open the route as World Championship leaders, while Andreas Mikkelsen/Anders Jæger start fourth and last year’s winners Jari-Matti Latvala/Miikka Anttila are sixth onto the route.

This also adds extra spice to the tight four-way battle for second place in the Drivers’ and Co-Drivers’ Championship: as well as Hayden Paddon/John Kennard (NZ/NZ, Hyundai), the current runners-up in the overall standings, Mads Østberg/Ola Fløene (N/N, M-Sport-Ford), Andreas Mikkelsen/Anders Jæger and Dani Sordo/Marc Martí (E/E, Hyundai) are also hungry to take their place at the head of the chasing pack. These four pairings are currently separated by just 13 points. The return of rivals Citröen, making their first appearance on gravel of 2016, will only add to the excitement. Not only do they have a fast duo in Kris Meeke/Paul Nagle (GB/IRL), but can also look forward to what at first glance looks like the ideal starting position. Fans can also look forward to a repeat of Argentina’s battle between Ogier and Paddon, who are both first onto the route this time out.

361.48 kilometres are identical, 6.52 kilometres are new – 98.23 per cent of the route for the 2016 Rally Portugal is the same as the 2015 race. The changes can be summed up in a nutshell: as well as the new “Porto Street Stage” spectator stage, which is 1.85 kilometres long and tackled twice, the final 1.41 kilometres of the 22.47-kilometre “Vieira do Minho”, which winds between massive crags and is also run twice, are also new. The remaining 15 special stages are unchanged from last year. These include some real classics: the 27.44-kilometre “Ponte de Lima” and “Amarante” – at 37.67 kilometres against the clock, the longest stage of the rally. The “Lousada” stage, on the Rallycross track, is particularly spectator-friendly. The icing on the cake is Sunday’s spectacular “Fafe” stage: the final 11.19 kilometres of the rally form the Power Stage, which will be broadcast live on TV.

“Fafe” and the fans – the highlight of the Rally Portugal

Hillsides lined with over 80,000 fans, the only shade offered by enormous wind turbines, and one of the World Rally Championship’s most infamous – if not the most infamous – jumps: the “Fafe” special stage produces the iconic images of the Rally Portugal. Few other places attract such a large gathering of drift fans. Few other winding stretches of gravel in the WRC set the pulses of rally drivers and co-drivers racing like this. It is with good reason that the 11.19-kilometre stage also forms the closing Power Stage, on which extra points are up for grabs for the top three driver/co-driver pairings.

A one-two-three courtesy of Jari-Matti Latvala/Miikka Anttila, Sébastien Ogier/Julien Ingrassia and Andreas Mikkelsen/Ola Fløene, coupled with a triple success – Ogier-Latvala-Mikkelsen – on the Power Stage: it is impossible to score more points with three cars. Volkswagen became the first manufacturer in the World Rally Championship to achieve this maximum points haul at the 2015 Rally Portugal. A fond memory, which serves as an extra dose of motivation for 2016.

Jari-Matti Latvala, Volkswagen Polo R WRC #2
“The Rally Portugal will once again take place in the north of the country this year. Soft, loose sand on a permanent layer of clay means you get greater grip with the soft tyre compound. However, if the route has been swept clean, the soft tyres wear faster and the harder compound is the better option. If it stays dry, selecting the right tyre compound at the right time will once again be a key factor – particularly on the Saturday of the rally, when the special stages are longer. Last year was a close battle with my team-mates right down to the finish – with Miikka and I coming out on top. We would obviously like to repeat this success.”

Number for the rally weekend in Portugal: zero

The recent Rally Argentina not only ended the longest winning run of all time for Volkswagen – with twelve victories in a row – but, the fourth round of this year’s FIA World Rally Championship (WRC) also brought another impressive run to an end. Ahead of the Rally Argentina, Volkswagen had won the Power Stage 15 times in a row – a winning run five times longer than any other manufacturer had ever achieved (Citroën, M-Sport-Ford – both three Power Stage wins in a row). When it comes to race wins and Power Stage victories, Volkswagen must now start from zero again in Portugal.