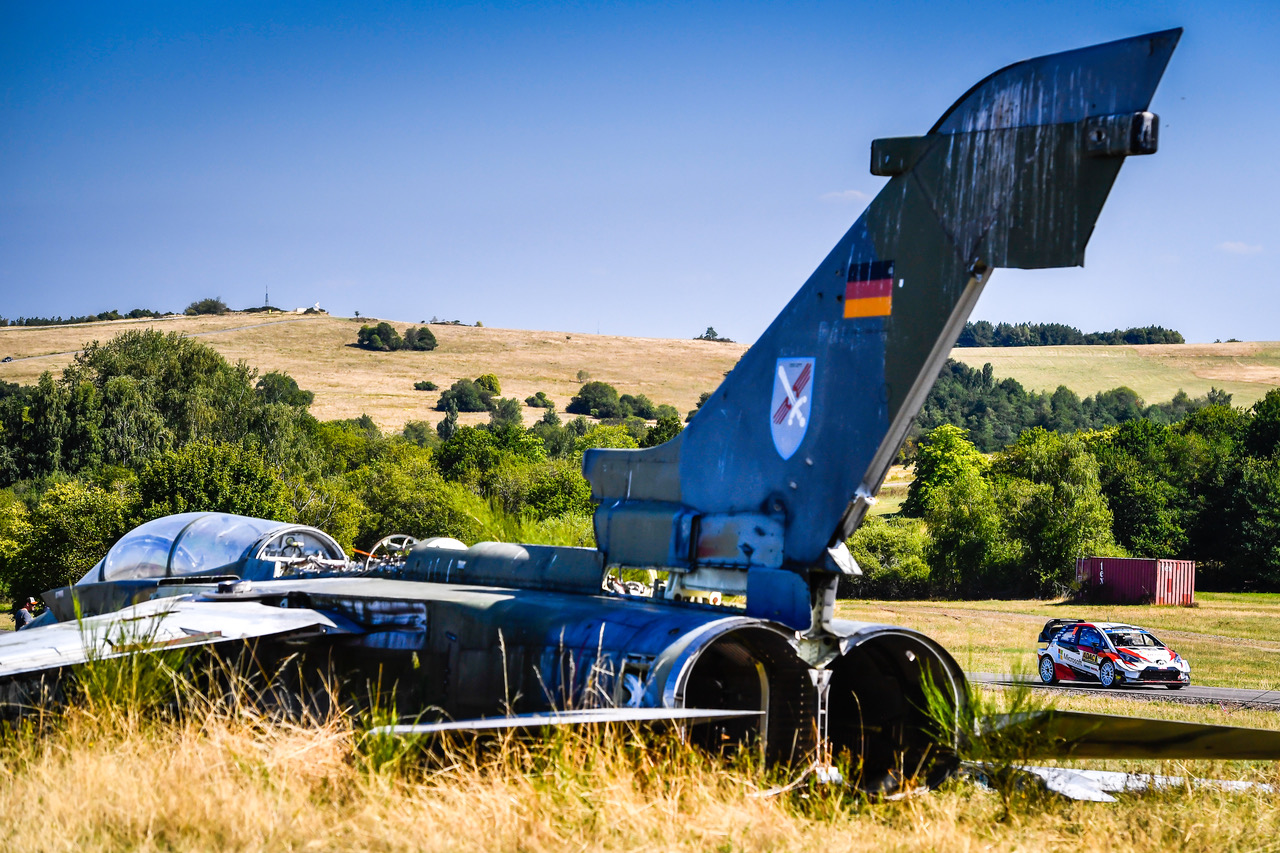 The longest day of the rally consisted of two distinct parts, with smooth country road stages driven during the morning before crews tackled the demanding multi-surface Baumholder military area in the afternoon.

Tänak was able to increase his lead during the morning loop from 2.8 to five seconds, before stage wins on the opening pair of Panzerplatte tests during the afternoon helped him to break clear out front.

Starting the day fourth and fifth respectively, Meeke and Latvala remained firmly in the fight for the podium positions throughout the morning. Demonstrating the strength of the Toyota Yaris WRC on the rough 41.17-kilometre Panzerplatte, they moved up to second and third on the first pass on the stage, and then took a stage win each on the second loop of Baumholder as they strengthened their positions.

“It was a very good day overall. The morning was a bit frustrating as I was thinking too much about the braking, but we had a very good phone call from Tommi after the second stage. He said ‘relax, take it easy, there is no panic, just drive and it will come’ and eventually it happened. Step by step we were improving, my engineer Taavi was giving me tips to get a bit more grip in the car, and in the afternoon I had a really good feeling. The most important thing now is to focus on securing the maximum points for the team.”

The rally returns to the vineyards above the Mosel valley for the final four stages, totalling 79.5 kilometres. The Grafschaft and Dhrontal tests will both be run twice, the latter serving as the rally-ending Power Stage.

Martin Järveoja (Co-driver car 8): “The Power Stage is a lot shorter than the other stage we’ll drive on Sunday, but it’s still a demanding one. It’s a very twisting stage with lots of hairpins, and a combination of vineyard roads and wider main roads.”