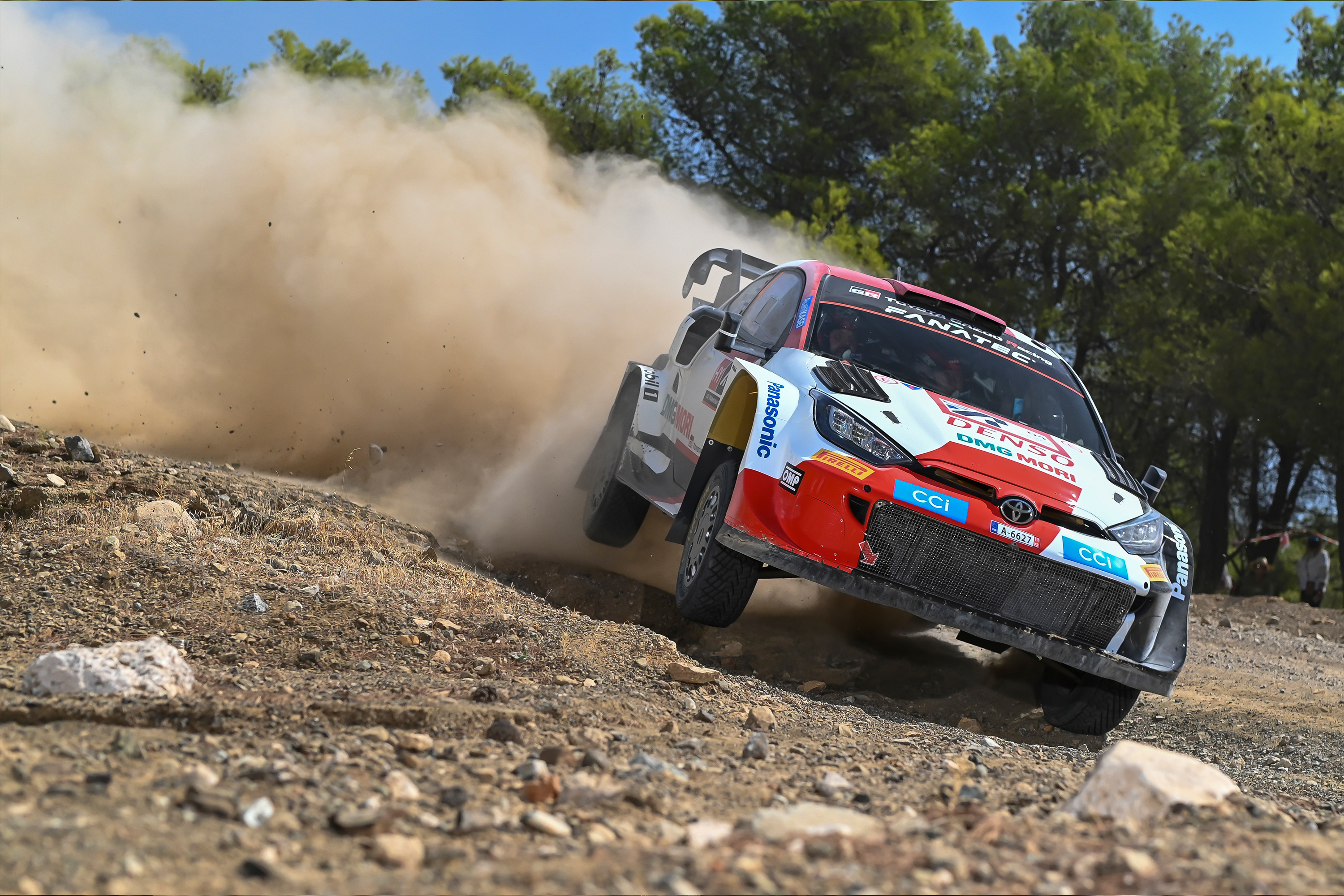 The TOYOTA GAZOO Racing World Rally Team has completed a very challenging weekend at the Acropolis Rally Greece without the overall results it desired but with some important points secured to maintain its advantage in the drivers’ and manufacturers’ championships.

In its second running since returning to the FIA World Rally Championship calendar, the Acropolis lived up to its reputation with slippery and rocky roads and high temperatures providing a considerable challenge. For much of the weekend, the team was in contention for a podium position but those hopes ended early on the final morning when Elfyn Evans had to retire from fourth place after an engine-related issue on the road section to SS14.

With this, the team’s focus moved to the rally-ending Power Stage. Here, Kalle Rovanperä managed to set the second-fastest time to claim four bonus points. The championship leader experienced a trying weekend after sweeping the loose gravel roads on Friday before losing around 15 minutes on Saturday morning after damaging his car. However, his Power Stage drive ensures he still leads the drivers’ championship by 53 points with three rounds remaining.

Esapekka Lappi was running in second place on Saturday before he was slowed and forced to stop by a technical issue. Restarting on Sunday, he set the fifth-best time on the Power Stage. With the points scored by Rovanperä and Lappi for reaching the finish combined with those they claimed on the Power Stage, the team remains in the lead of the manufacturers’ championship by 63 points.

Takamoto Katsuta was the highest-finishing GR YARIS Rally1 HYBRID driver, completing his Acropolis Rally debut in sixth overall to maintain his unbroken scoring run in 2022 with TGR WRT Next Generation.

Quotes:
Jari-Matti Latvala (Team Principal)
“It has been a very difficult weekend for us and our overall results at the finish are not good. There has been a combination of many factors contributing to those results and we have to learn from this weekend about why things went wrong and we must improve for the future. Elfyn’s retirement this morning was a particularly disappointing way to start the final day and we are already investigating what happened. The good thing is that we got Kalle and Esapekka both to the finish with some really helpful points towards the manufacturers’ championship plus five more from the Power Stage, and Kalle especially did a really good drive there to take four points for his own championship. We still have a good lead and now we need to look positively towards Rally New Zealand.”

What’s next?
The WRC heads to Rally New Zealand (September 29–October 2) for the first time in 10 years. The smooth gravel roads around the capital city Auckland on the country’s North Island are hugely popular with drivers for their fast and flowing nature and considerable camber changes.