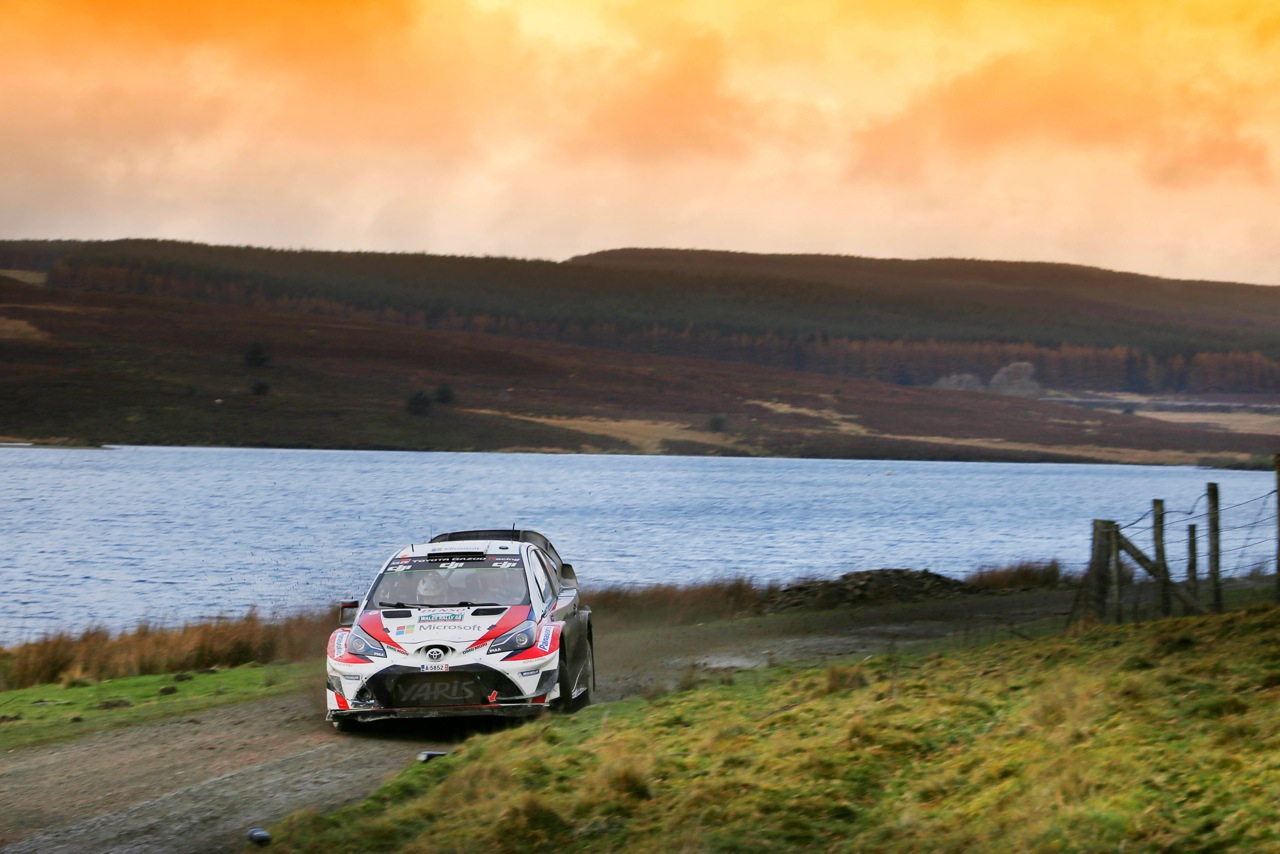 Jari-Matti Latvala and Esapekka Lappi both secured points finishes on Wales Rally GB, the penultimate round of the World Rally Championship, with Latvala also taking additional points thanks to a third-fastest time on the Power Stage. Latvala ended the rally in fifth place, less than a second behind the fourth-placed finisher, after winning two stages. Lappi was ninth, while Juho Hänninen was forced into retirement after a small mistake in tricky conditions on Saturday.

The final day in Wales consisted of five stages run consecutively with no service halt, including the Power Stage that concluded the rally. Latvala was locked into a tight battle with his closest rival and pushed hard to try and make up a position. With Lappi having a larger gap in front and behind him, he concentrated on bringing the car home and collecting more data that will be vital for future development of the Yaris WRC.

“I couldn’t have gone any quicker than I did on the Power Stage: I gave it absolutely everything! This has not been a perfect rally for us, but we’re happy to score some points, we know what we can do to improve, and it doesn’t take anything away from the fact that the Toyota Yaris WRC is the best car that I’ve ever driven. Conditions between the rally and the test were not exactly the same and that was one of the problems we experienced: on the polished stages today it was impossible to get the car to turn, so that was frustrating. But I’ve still enjoyed the rally: it was fantastic to see so many spectators out on the stages. Wales is always one of the most difficult events of the year, but after Finland it is definitely my second home rally: I’m always very happy to be competing here.”

2017 FIA WORLD RALLY CHAMPIONSHIP FOR DRIVERS AFTER ROUND 12:

2017 FIA WORLD RALLY CHAMPIONSHIP FOR MANUFACTURERS AFTER ROUND 12:

The final round of this year’s World Rally Championship will be Rally Australia, held from 16-19 November and based in Coffs Harbour, halfway between Sydney and Brisbane on the New South Wales Coast. Two examples of the Yaris WRC will contest the all-gravel event, to be driven by Latvala and Lappi. Hot and dusty conditions are expected.