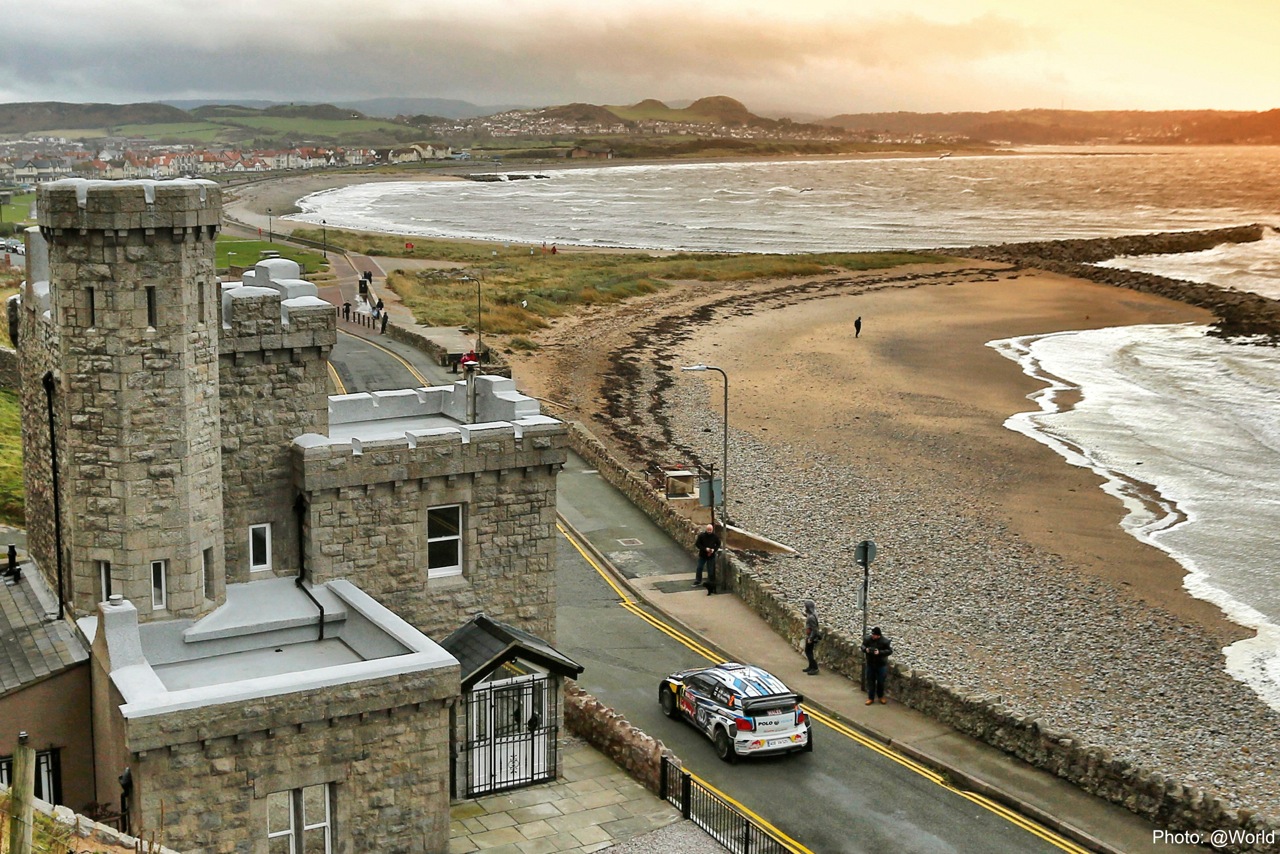 26 podiums from 13 rallies, including twelve wins – the 2015 season will go down in the FIA World Rally Championship (WRC) history books as Volkswagen’s most successful to date. Three-time world champions* Sébastien Ogier/Julien Ingrassia (F/F) claimed their eighth win of the season with the World Rally Car from Wolfsburg. Andreas Mikkelsen/Ola Fløene finished third to round off a positive end to the season. This was their ninth podium of the year – only Ogier/Ingrassia racked up more. The closing Power Stage went to Jari-Matti Latvala /Miikka Anttila (FIN/FIN) in the third Polo R WRC, who came away from an otherwise difficult rally with three bonus points – enough to secure second place in the World Championship. In extremely tricky conditions in the Welsh forests, and what proved to be a real mud bath, 15 of a possible 19 stage wins went to Volkswagen. This took the total to 504 of 717 stages since the 2013 season.

The Rally Great Britain formed an extremely challenging end to the WRC season: gale-force winds, torrential rain and the typical, ubiquitous Welsh mud awaited the drivers on the 19 special stages. The 309.87 kilometres against the clock really put the world’s best rally drivers through their paces. The ever-changing grip levels meant the crews had to be on the ball at all times – despite marathon days with special stages from the daybreak into the night. The Rally Great Britain in the north of Wales also posed a challenge for the Volkswagen mechanics: Storm Abigail tore through the service park in Deeside, making life difficult for the Volkswagen technicians, particularly during the flexi service on Saturday evening.

400 and 500 – Volkswagen celebrated reaching yet more milestones at the Rally Great Britain. With 34 of a possible 39 victories, the Polo R WRC remains the car with the highest win ration in the history of the World Rally Championship. The 318-hp World Rally Car from Wolfsburg also racked up stage win number 500 in Wales. After three full seasons, Volkswagen has now won 504 of the 717 special stages since the Polo R WRC made its debut at the 2013 Rally Monte Carlo. Sébastien Ogier and Julien Ingrassia also passed a personal milestone: victory in Wales was the 32nd of their careers, the 25th in Volkswagen colours, and also yielded stage win number 400.

Podium finish number ten for Sébastien Ogier, and number nine for Andreas Mikkelsen: the two drivers, who ended the 2015 season with the most top-three results, once again flew the flag for Volkswagen on the podium in Wales. Volkswagen duos have cracked open the champagne on the rostrum on 26 occasions this year – a new personal best for the team. Sébastien Ogier and Julien Ingrassia now have 45 podium finishes to their name, 31 of which have come with Volkswagen. Incidentally: during their three World Championship-winning years – 2013, 2014 and 2015 – they have not recorded a single third place. Andreas Mikkelsen has finished on the podium 14 times in the 25 rallies since last year’s Rally Sweden, including 13 times with Ola Fløene. Jari-Matti Latvala/Miikka Anttila have contributed eight podiums, including three wins, to Volkswagen’s impressive record.

The Volkswagen drivers’ favourite discipline: and the Power Stage goes to …

… Jari-Matti Latvala/Miikka Anttila. The closing Power Stage, on which bonus points are awarded to the top three driver/co-driver duos, is Volkswagen territory: Latvala/Anttila racked up Power Stage win number 31 to complete a clean sweep on Sunday, with all four stage wins going to the Finnish pair, who returned under Rally 2 regulations. In total, the Volkswagen duos have now amassed 150 bonus points with the Polo R WRC. Second place on the Power Stage went to Andreas Mikkelsen/Ola Fløene.

The Rally Great Britain formed the final round of the 2015 World Rally Championship, which was held on gravel, asphalt, snow and ice on four continents. Over the course of the season’s 13 rallies, the Volkswagen drivers covered 11,832.08 kilometres at rally speed on 231 special stages, held between sea level and altitudes of up to 2,752 metres above seas level. Starting mid-January and ending mid-November, the WRC year is the longest in the world of motorsport. And there is no let up for the Volkswagen team between seasons: it is now just 70 days until the first stage of the Rally Monte Carlo, which forms the opening leg of the 2016 season.

Quotes after day three of the Rally Great Britain

“Overall it wasn’t an easy weekend. The attacks in Paris overshadowed sporting events. Today went as I had hoped it would from the beginning. I had a good rhythm and it was a lot of fun. On top of that, I won the Power Stage, which I haven’t managed to do all that often this year. However, that made it all the more frustrating that my weekend was over before it really got going. The Rally Great Britain was kind of a reflection of my 2015 season. But I’ll take the positives; I came second in the championship for the second time in a row, and got some really good results in the second half of the season. That’s a good starting point for next year. Now I will take some time off before starting to prepare intensively for the 2016 season.”

“Although we are in no mood for celebration today, the rally in Wales was the icing on the cake at the end of a magnificent season. With twelve victories, three different winning Volkswagen duos, and more podium finishes than ever before, this has been our most successful year ever. We are proud to have achieved that with the second generation of Polo R WRC. Not only have the drivers and co-drivers done an outstanding job this season, but also the engineers and mechanics, who have sent what is in many ways a new World Rally Car to the start line. We have also set new standards with the communication and marketing of our success in the World Rally Championship. We have once again improved in every department, but still see room for improvement everywhere. We have not waited until today to start preparing for the coming season in 2016. We will line up at the start of the opening stage of the ‘Monte’ in just 70 days from now. When we do, we will again start with zero points – however, we will have the confidence that comes with winning nine titles in three years.”