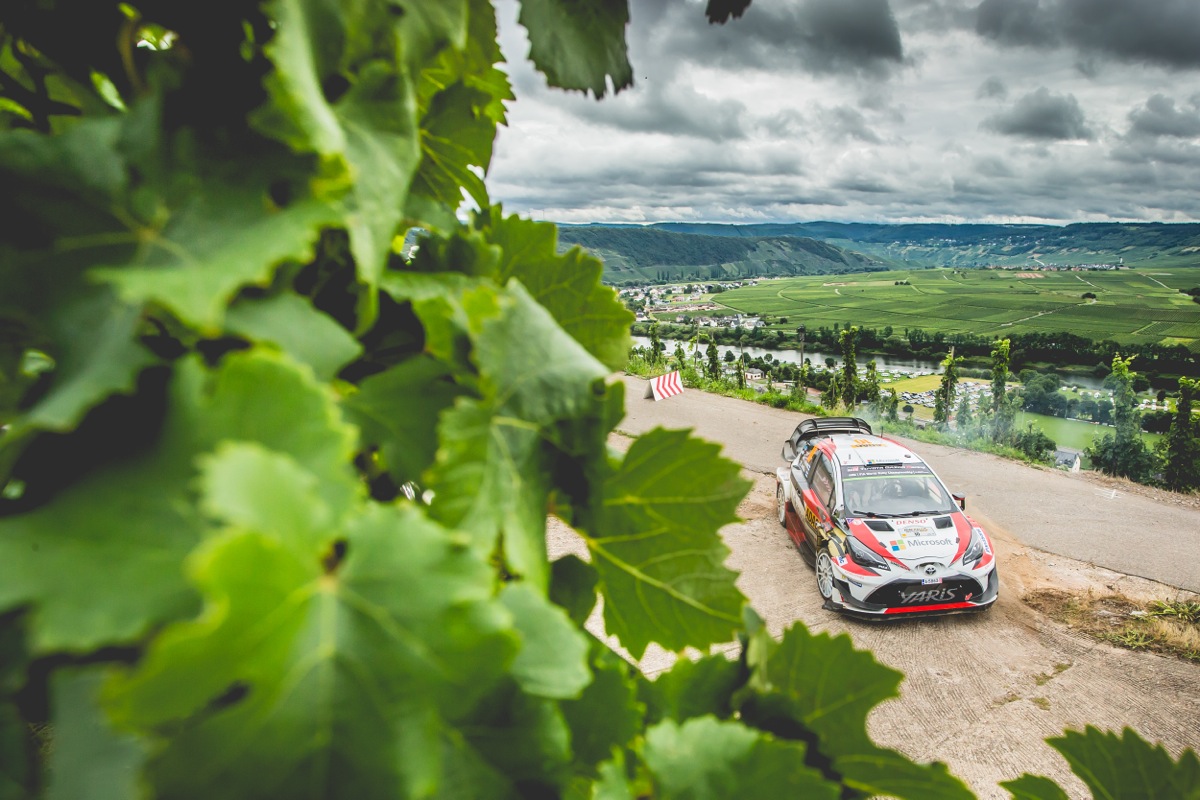 The first full day of competition on Rallye Deutschland was dominated by challenging weather conditions, with changing grip levels during the morning stages and heavy rain in the afternoon. Juho Hänninen ended the day holding sixth overall for the TOYOTA GAZOO Racing World Rally Team, two places ahead of Jari-Matti Latvala.

Latvala was running in the top five before he was slowed by an issue on the final stage of the morning loop. The Toyota mechanics replaced the ignition system during the mid-day service to allow Latvala and his Yaris WRC to run at full speed again in the afternoon, and he won the last stage of the day. Hänninen meanwhile recovered well from going off the road in the second stage of the day to move into the top six on the day’s final stage. Rally Finland winner Esapekka Lappi was second-quickest on the first run of the Grafschaft stage, but on the repeat pass he hit a patch of mud and slid wide, damaging his suspension. He was forced to retire from the day, but plans to return to action on Saturday.

“Today was a difficult day for all the crews with the weather conditions. When it is like this it is really easy to make a mistake on these roads. Unfortunately, that is what happened to Esapekka, who was again doing a good job before then. Jari-Matti’s car had a problem relating to the ignition, although we still need to fully investigate it. Juho has driven really well today on a rally that he doesn’t know very well. In conditions like these the drivers really have to be clever. Tomorrow will be a big day and hopefully it can be a good one for us.”

“This morning the conditions were difficult, because some parts of the road were dry and some parts were damp, and the grip levels were changing all the time. Despite this, we had quite a good consistent run and I was looking forward to improving after service. But then before stage five we had the problem with the ignition. The team resolved this for the afternoon, when the stages were very wet and very muddy and it was difficult to get a good feeling with the driving. Tomorrow is going to be important; hopefully we can gain some more places.”

Tomorrow the focus is on the stages on the notorious Baumholder military grounds. After the first car leaves service at 08:15, there is the first of three runs over the short Arena Panzerplatte super special stage, before the hugely challenging Panzerplatte stage itself, which is 41.97 kilometres long. There are also two stages further to the south, Freisen and Romerstrasse, which like the Panzerplatte test will be run twice either side of mid-day service at Bostalsee.