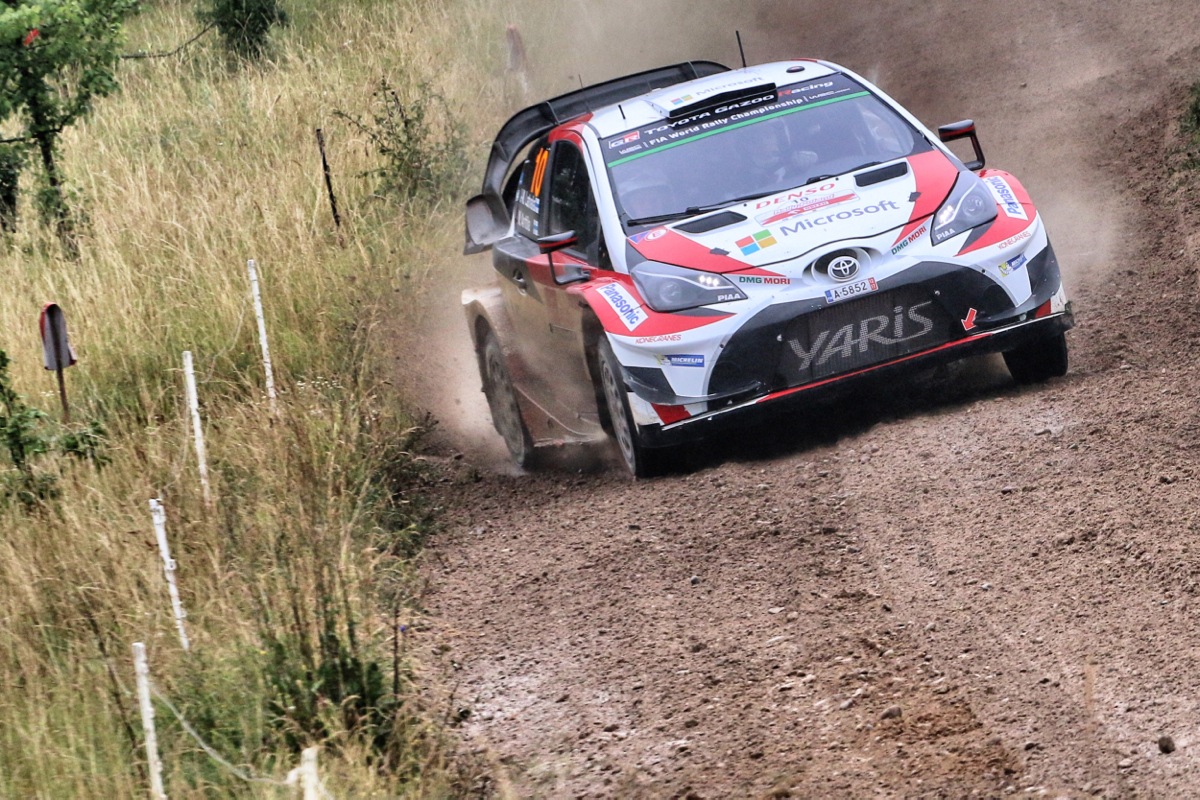 The TOYOTA GAZOO Racing World Rally Team ended a challenging event at Rally Poland by taking the win in the Power Stage with Jari-Matti Latvala. It was his fourth stage win of the weekend and gave him five points to add to his championship score, lifting him up into third in the standings. Latvala had retired from Saturday but before that he was involved in a close battle for the win, and led in wet and slippery conditions on the first day. Juho Hänninen also scored, finishing in 10th position.

The final day was made up of four stages, ending with the Paprotki Power Stage. After having to stop during Saturday afternoon with a mechanical issue, Latvala restarted with the target of picking up points on the Power Stage, which he won by 4.9 seconds. Delayed by issues on Saturday, Hänninen moved back into the top 10 on the final day to score points for the sixth time this season.

“Today we achieved the objectives we had the beginning of the day, with Jari-Matti taking maximum points on the Power Stage and Juho completing the rally in the top 10. Jari-Matti came back well from the disappointment of retiring yesterday. He again showed great speed, like he did earlier in the weekend. Overall, the result wasn’t what we expected but the pace we had here was a positive going on to Finland.”

“Of course, it was disappointing to retire on Saturday but it was important that we came back and managed to win the Power Stage. I was focusing a lot before the stage, going through all the corners and the braking points in my mind, and it paid off. We scored five more points and it gives me the confidence again that our car is very fast and we can challenge our rivals in the rallies that are coming up. Thanks to the team for the work to prepare my car to restart today and ensure we could get these five points. They could still be very valuable in the championship.”

2017 FIA WORLD RALLY CHAMPIONSHIP FOR DRIVERS AFTER ROUND EIGHT:

2017 FIA WORLD RALLY CHAMPIONSHIP FOR MANUFACTURERS AFTER ROUND EIGHT:

The next round of the World Rally Championship is Rally Finland from July 27-30. The gravel event is perhaps the most famous event on the calendar, popular for its spectacular high-speed stages along gravel forest roads lined by trees and featuring numerous jumps. All three Yaris WRCs will start the rally, which is based in the city of Jyvaskyla, with Latvala, Hänninen and Lappi all taking part on home soil.