Definition of my job

Being codriver asks a lot of accuracy and you need to be very precise. There’s lot of places where you can do an error but there’s no room for mistakes.

My best memory so far

If I just think about one competition, my best memory is our victory in Finland last year. I will never forget the atmosphere at the service park and on the podium after the race.

Once or twice a year, I enjoy a big cigare 🙂

Something I want you to know about me

I have a big passion for alpine ski.

My first touch for rallying happened in May 1993 at a rally called Auranmaa as I was co-driving for my neighbours son Heikki Lappalainen in his group-F Toyota Starlet. I enjoyed a lot and knew that rallying was a perfect hobby for me.

In season 1994 I met Ari-Pekka Pylväs and he needed a co-driver for group-F series. Ari-Pekka rallied with Ford Escort RS2000. In autumn 1993, there was a rally in the region of Kouvola Ari-Pekka rallied there as a B-junior in his first rally. He didn’t win the event because it was won by never heard rally driver Toni Gardemeister, who was also rallying his first event ever.

I co-driver Ari-Pekka in Finnish Junior Rally Championship series in season 1995 but we didn’t gain success.In same year I was working in Germany for one month and when I came back to Finland I noticed an advertisement in Finnish Rally Magazine that Finnish National Rally Association (AKK) seeked co-drivers to be trained into professionality. There was two days left to the dead-line to apply. I made an application and was selected to the group. I think that was my first step into professionality. Also Jarmo Lehtinen was selected for the group aswell.

To be in part of that co-drivers trainee group opened new doors and gave new contacts. In season 1996 I graduated from the school and went to England for further studies, which I finished at the end of 1997.

At January 1998 Teppo Vekka contacted me and asked to join his crusade in Finnish Rally Championship series. That was my first full season as a co-driver in Finnish championship level. We finished the Championship into 4th position.

At November 1998 Janne Tuohino contacted me and asked to co-drive him in season 1999. I had excellent time with Tuohino in seasons 1999 and 2000 as we won group-N Finnish Rally Championship in season 1999. At autumn 2000 Tuohino’s sponsor Timo Hulkkonen told me that Janne needs more experienced co-driver and that I was not that one. It was a hard moment for me because I had sacrified so much of my time and resources for rallying with Janne.

However luckily that was not the end of the world for me. In season 2001 Jani Pirttinen asked me to co-drive him in German Championship and in WRC Finland. At the end of season 2001 Jani told he’s about to quit rallying and I was again left without a seat. Fortunately I wasn’t long without a work, because appreciated co-driver Timo Hantunen were seeking a new and experienced co-driver for his friend, a fellow called Mikko Hirvonen.

In season 2002 I co-drived Hirvonen and we won group-A Finnish Rally Championship. Next year Mikko continued his career with Jarmo Lehtinen and I sat into the cabin of Kosti Katajamäki as he was rallying in JWRC in Super 1600 Volkswagen Polo.

At the beginning of season 2003 Timo Jouhki, who is manager for Mikko Hirvonen and Jari-Matti Latvala, asked me to join by the side of very talented and young Finnish rally driver. That fellow was so young that he couldn’t rally in Finland. But in Estonia he could and that was the point where I started working for Jari-Matti as we rallied and won a rally in Estonia. After that event Tapio Laukkanen asked me to join his side in British Rally Championship series and I said yes. Jari-Matti Latvala was also rallying in the series with M-Sport WRC Focus. In Jim Clack Memorial Rally Latvala crashed very hard into stone fence and his co-driver Carl Williamson was seriously injured. At the next day Timo Jouhki contacted me again and asked if I could continue with Jari-Matti for the rest of the season. I thought this was an opportunity which to be received once in a lifetime. Of course I didn’t say no.

In spring 2004 Jari-Matti improved his rallying skills with me and Carl Williamson. However at the end of summer he made a decision to continue his career with me. It was a major relief for me, even we didn’t have any problems before.

2018 has been my 15th anniversary as a co-driver for Jari-Matti Latvala. Together we’ve rallied 195 WRC events and I celebrated my 200th rally in World Rally Championship by taking the start of Rally Italia Sardegna!

In past 18 years, I’ve been co-driving for 14 different rally drivers, 294 rallies, 207 WRC-events making me the proud recordman of WRC starts in this sport. In 2017, we joined the TOYOTA GAZOO Racing team and started a new adventure. We end the season at the 4th position of the Championship. In 2018, we had a great season, ended 4th of the classification and won the Manufacturers Championship. 2019 is a new challenge, we will fight hard for the titles!

Favorite hobby: Alpine skiing Idols in rallying: Markku Alen and his colourful character gave me lots of good memories when I was young. In co-drivers side Seppo Harjanne and his archievements are pretty convincing – two Championship titles with two separate drivers. Music I’m very fond of: REM and (90ies) finnish bands like Miljoonasade and Leevi and the Leavings. Best movie: Pulp Fiction

Club I represent: Finnish Co-Drivers Association (FCDA) Nicknames: So far I’ve managed to live with my own name. At the time I worked in Nokian Tyres my fellow co-workers called me as Plussa (Plus). I’n Finnish language my name Miikka means Minus. Strength: Awareness of reality, positivity and decision ability What I’m doing in next 10 years: World Rally Champion, still working on rally scene, and take care of my family. Motto: What ever you do, do it as best as possible! 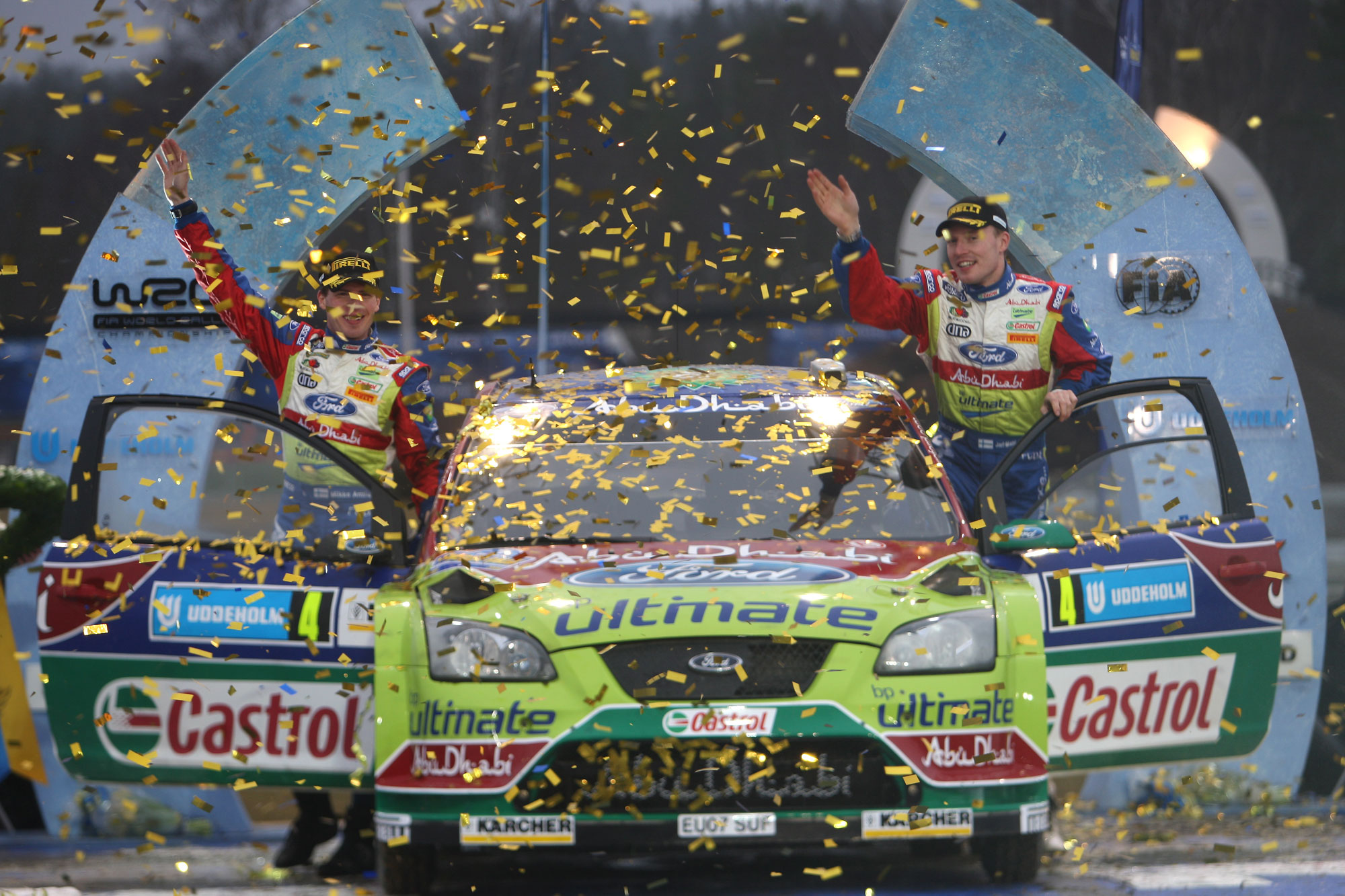 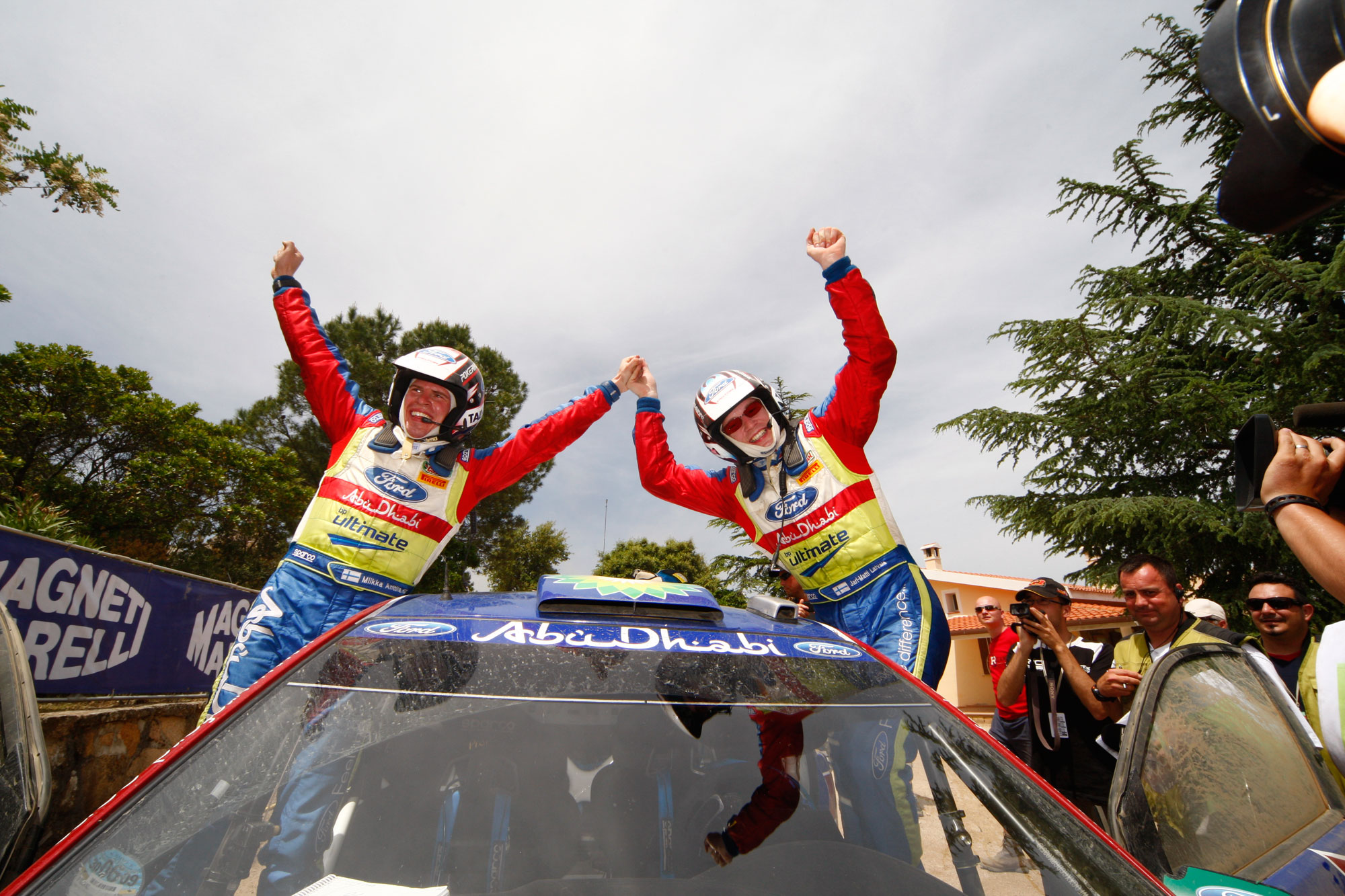 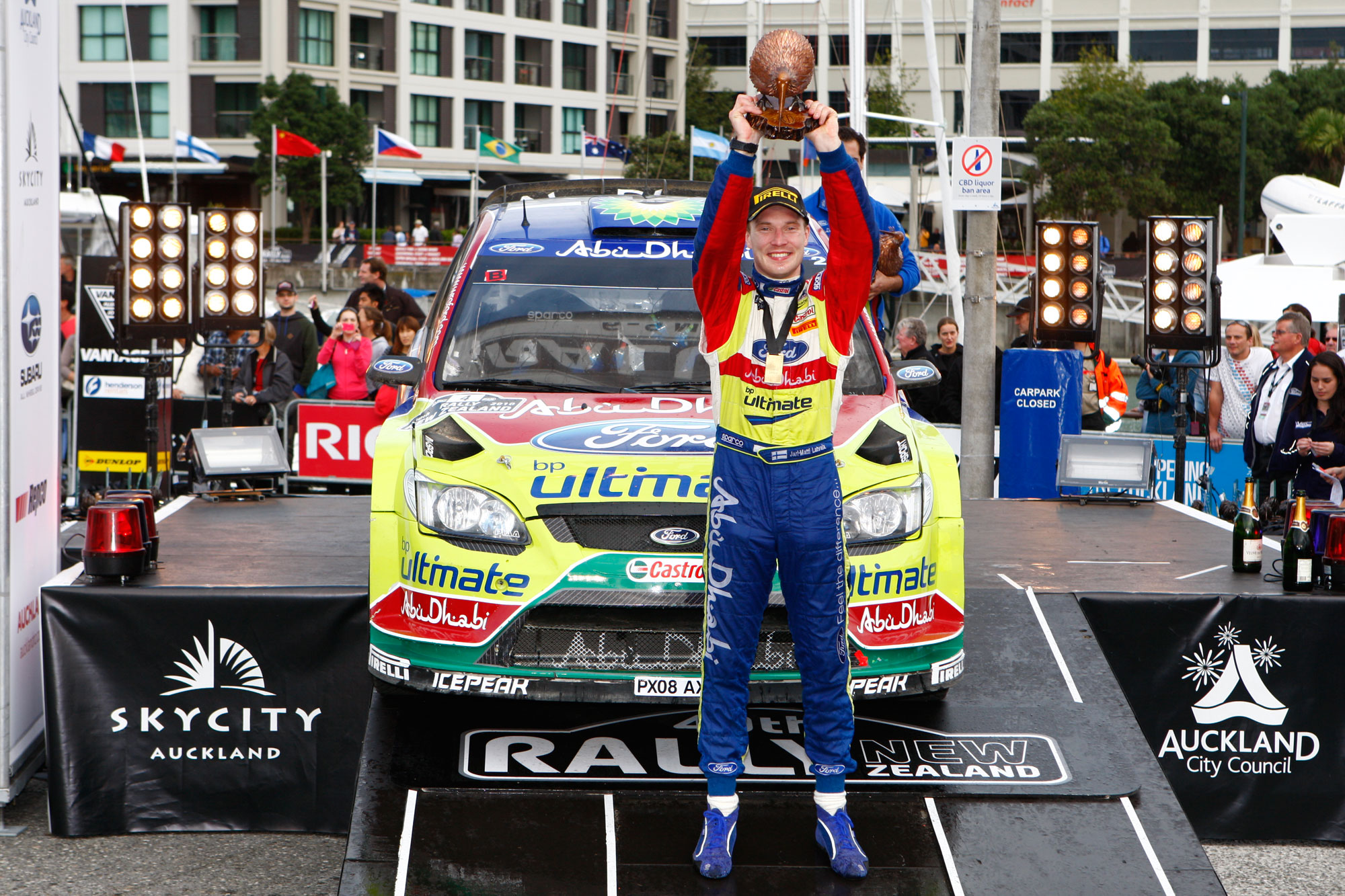 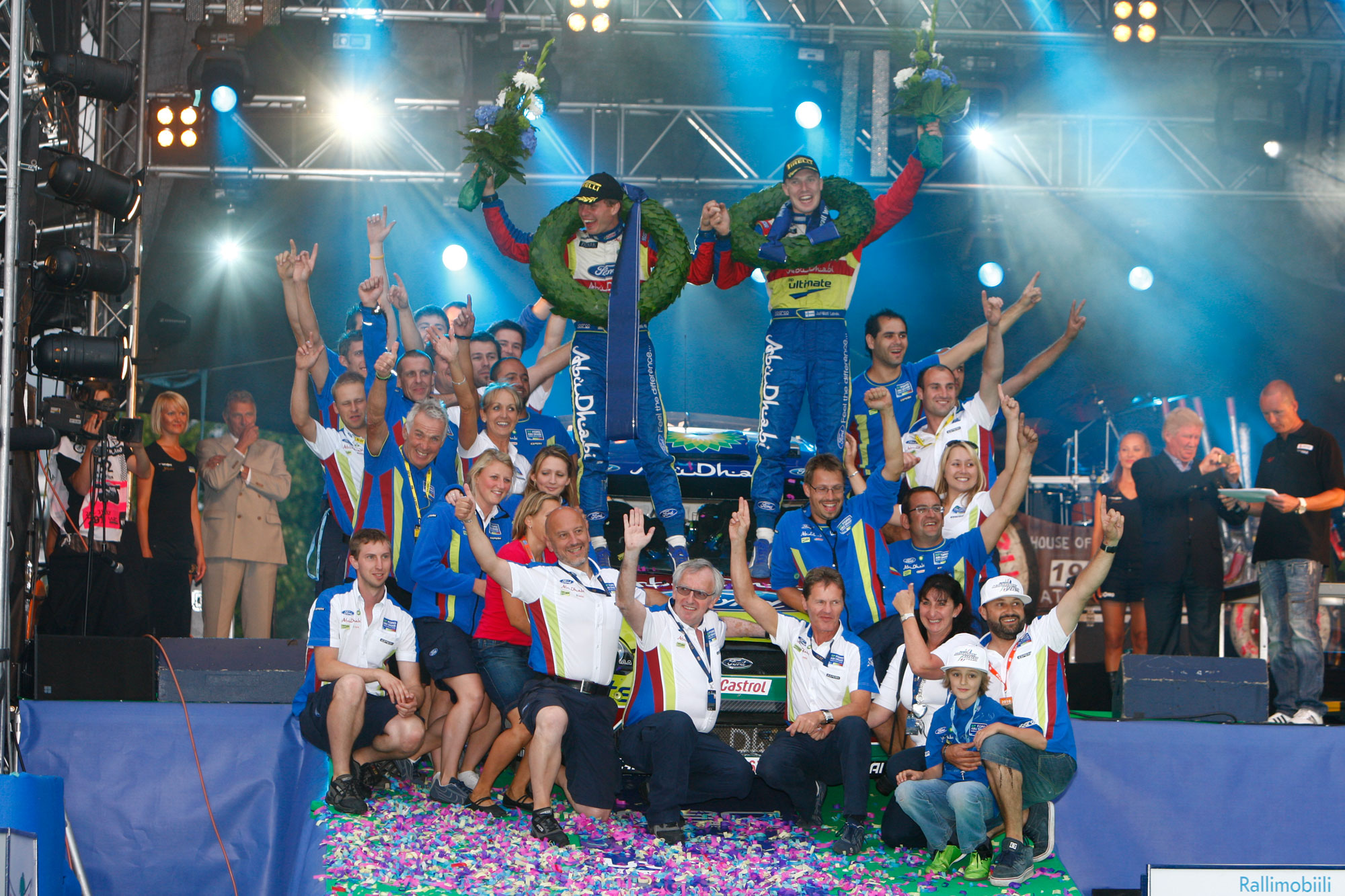 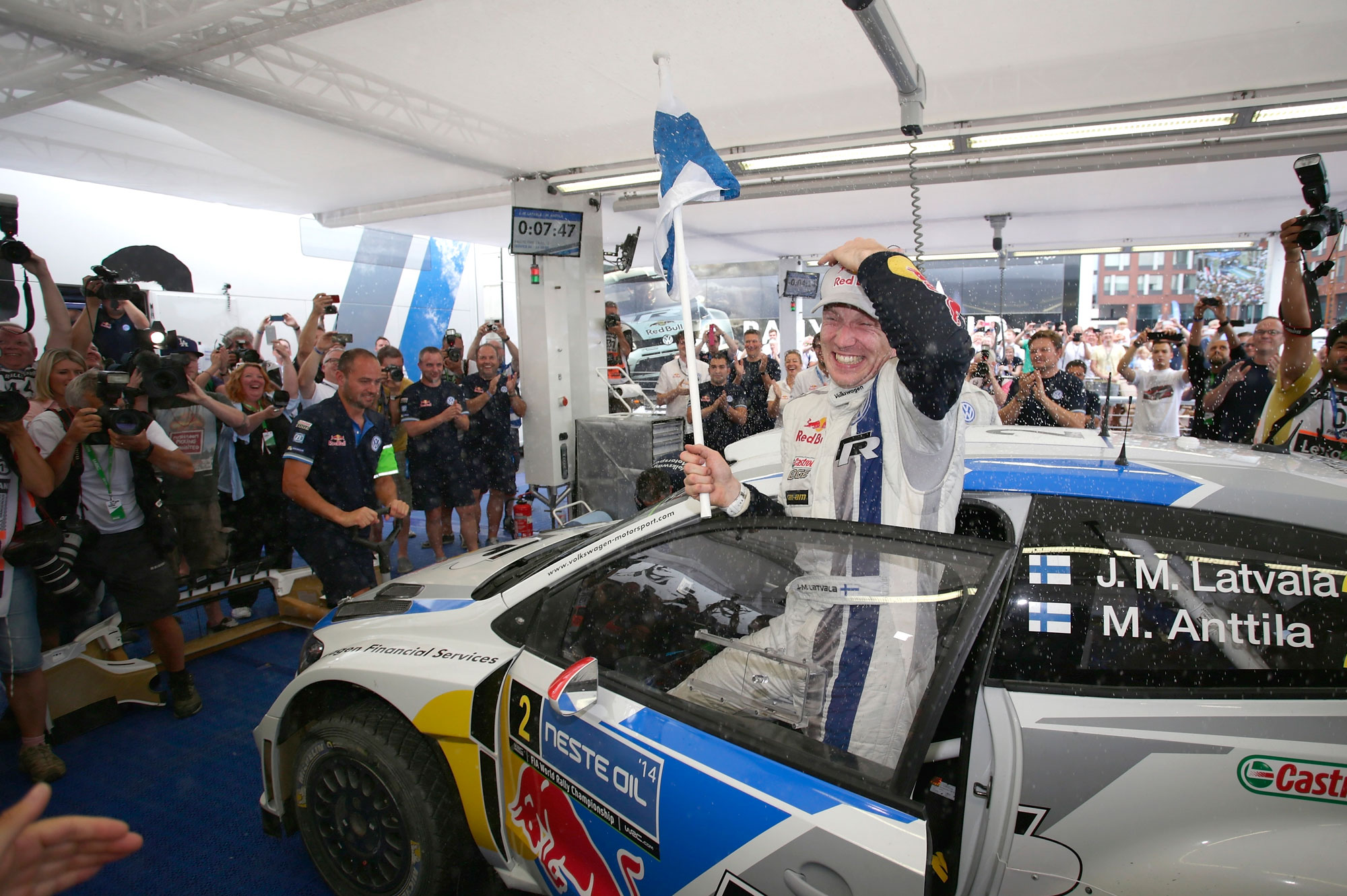 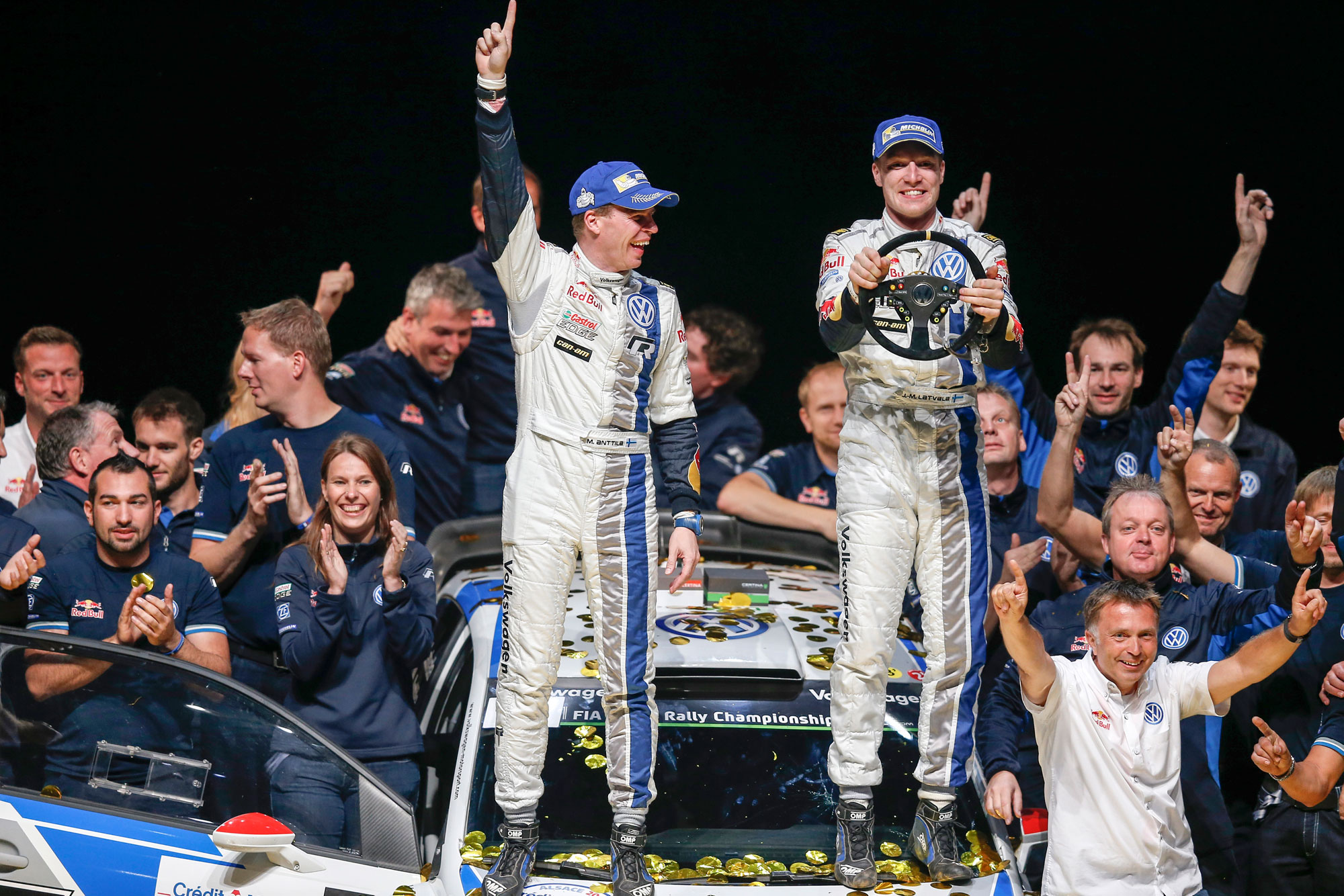